Jaguar beats the Germans in bringing a Tesla-fighter to market

Jaguar's new all-electric I-Pace may be one of the brand's most significant breakthroughs. This is not just because the handsomely muscular all-wheel-drive crossover can travel 240 miles on a single charge to its 90 kWh battery. Or because it will cost a competitive $69,500 before federal and state incentives. Or that it can accelerate from 0-60 in 4.5 seconds — about as quickly as Jaguar's V8 F-Type sports car. It is not even because it may be the first vehicle to feature a small "froot" — "front boot" — which is a hideous British English term for the area known by the equally unappealing American neologism "frunk."

The I-Pace ranks high in the Jag insurrective pantheon because it is the first truly competitive all-electric vehicle from a major luxury manufacturer to hit the entirety of the American market since Tesla jump-started (ugh!) the contemporary, fancy, battery-powered vehicle campaign back in 2008. Sure, Mercedes, Porsche, Audi, BMW, and others have promised these vehicles, but as far as we know, they don't exist, and we haven't driven them.

The best news about the Big Electric Cat is that it's actually enjoyable on the road. Some of this is because of its intrinsic design benefits. The heavy battery pack, housed in the floor, contributes to a low center of gravity as well as ideal 50/50 front/rear mass balance. Both of these aid not only in the vehicle's road-holding capabilities, but in its style of holding the road. 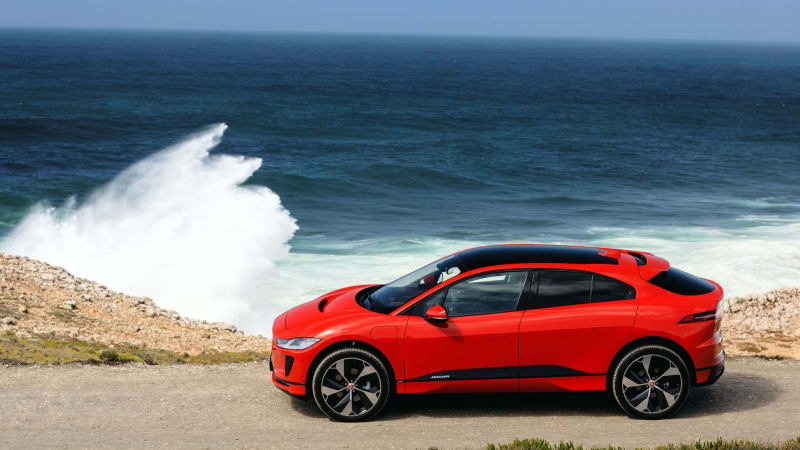 Jaguar has always been adept at splitting the suspension difference between German plank and American couch, and the I-Pace follows this general trend, providing a ride that is connected without feeling overly harsh, even on the optional 22-inch wheels and Pirelli P-Zero tires. (Note to self: Reserve the Instagram handle Donk-E.) But the I-Pace does something interesting. Due to its high seating position, and the low placement of its drivetrain components, it provides the sensation that the mechanical action of forward momentum is within the driver's direct and immediate control, but taking place elsewhere. There is no delay, or vagueness — the inputs are precise and it goes where you want and expect. But it induces the odd feeling that you are riding atop a maglev hovercraft. It's futuristic, uncanny, and fun.

This slightly eldritch quality is enhanced by the vehicle's Active Sound Design, an ersatz soundtrack resembling the vague and distant thrum of an entire summer camp playing with Hot Wheels cars, that emanates from the I-Pace's stereo. It's not exactly present under ordinary circumstances, though it's not exactly not present. But it truly kicks in under hard acceleration, and continues its portamento for as long as you keep the throttle nailed, which can be a long time in a car with only one gear. (You can turn it off, but it takes about a dozen actions on the upper touchscreen of the I-Pace's dual-LCD "flight deck.") This is intriguingly disconcerting on the track ­— yes we drove the I-Pace on the track — though this may not be the most unnerving thing about hustling a very quick, 5,000-pound SUV around a technically sophisticated European race circuit. Imagine a full-grown rhinoceros that had been trained, since birth, to wakeboard. It defies logic, and it does not seem to display joy in its circumstance, but it performs admirably for its category. 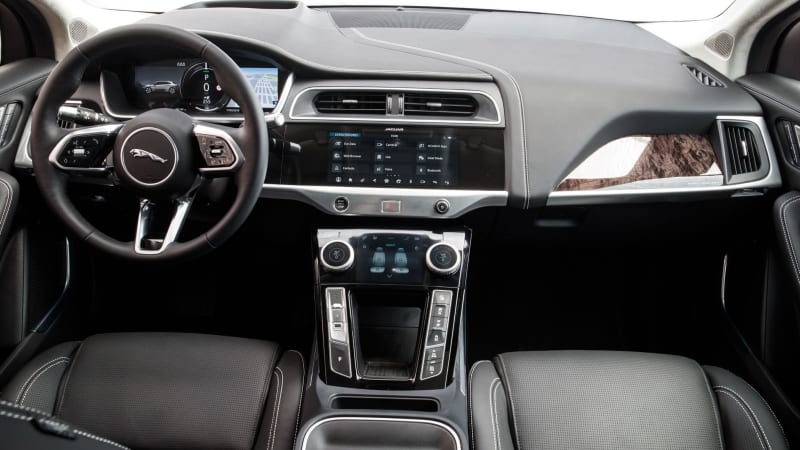 This raises the question of what category the I-Pace fits into. Because of its short front and rear overhangs, a design advantage born of the lack of engine and transmission, it hosts a large cabin on compact dimensions. It can climb very steep hills, and ford very shallow streams (again, yes, we did that) so it's surprisingly — don't say "shockingly" — capable, not normal for most crossovers. And it can be set to creep off the line when you release the brake pedal, like in a normal petroleum-powered car, so that's also weird. This last system is known by the moniker "Creep Mode," though this term more aptly applies to the trucklet's integration with Amazon's omniscient Alexa. As an engineer giddily told us, Alexa can "learn" your behavior, and remind you to do things it detects you doing habitually, like stopping for an unhealthy snack or calling your side piece on your way home from work. This meddling interference in our personal life would detract from our time in the I-Pace's cabin, but, again, it can be turned off.

With its stitched leather seats and dashboard, flat and knurled aluminum accents, wood trim, and full glass roof and lengthy (if narrow) greenhouse, the I-Pace interior feels at once premium and accessible. It doesn't reach Mercedes or even Porsche levels of detail and quality, but it also doesn't attempt to suggest that the cost-cutting parsimoniousness of cheap materials is a virtue, like Tesla. And there are surprising little storage bins throughout that offer delight, and storage, including one under the center console. What would you put under there? Whatever it is, don't tell Alexa, that blabbermouth. 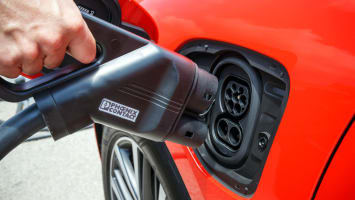 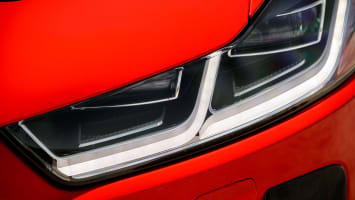 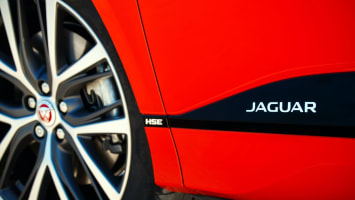 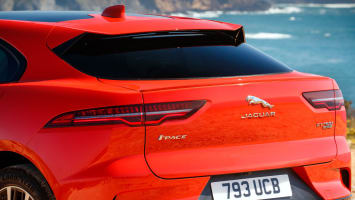 Most of all, the I-Pace proves, by being an existing vehicle from a major manufacturer, that our fancy electric future has actually arrived. Obviously, adoption will not occur instantaneously. When the elevator was invented, people gasped in horror until personal audience or experience demonstrated that riding in the levitating capsule did not require signing a blood oath to Satan. Disruption is difficult. But, for a change, Jaguar is leading our voyage. And if that requires vroomy ersatz sound effects, we're willing to accept the bargain.