Sven Gustafson
Ford has dropped a juicy detail about its much-anticipated but still-unnamed Mustang-inspired electric crossover, saying it will boast a driving range of 370 miles when it hits in 2020.

That certainly sounds impressive, but keep in mind those figures are based on the European WTLP cycle and still preliminary. Official numbers will come closer to the on-sale date, and the numbers could well be lower in the U.S. based on EPA testing. The company has previously said it's targeting a range of 300 miles.

Ford spilled the beans about the forthcoming performance electric CUV as part of an event in Amsterdam where the automaker unveiled 16 electrified models for the continent, most under the new Ford Hybrid brand. The company earlier this year announced that all of its future nameplates there would include electrified variants. 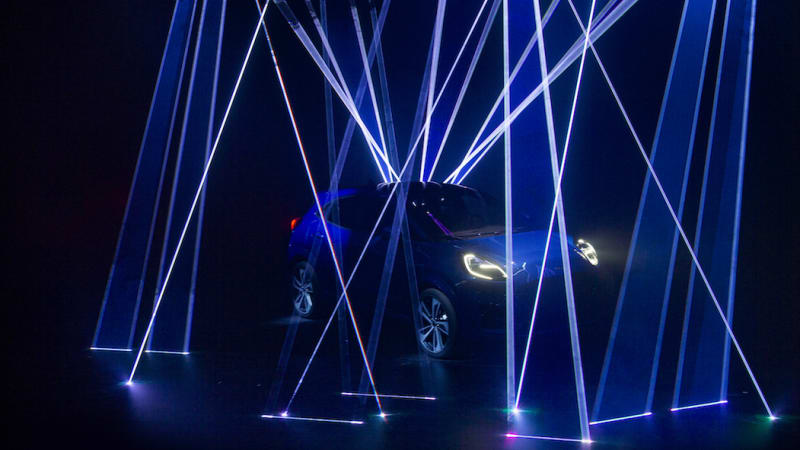 The newest nameplate is called the Puma, a compact crossover that Ford teased in a photo Wednesday. Shrouded in a display of laser beams, we can see an athletic, high-riding compact crossover wearing what Ford calls wing-top mounted headlights. It's the same Fiesta-based crossover we showed you in camouflaged mule form earlier this year, meant to slot in-between the Kuga, Ford's Euro version of the Escape, and the EcoSport, with the Edge and the full-size Explorer PHEV rounding out the SUV lineup.

The Puma will use the same belt-driven integrated starter/generator as Ford is debuting in its European Fiesta Hybrid and Focus Hybrid to recover energy from braking and coasting and store it in a 48-volt air-cooled battery. Like those other models, the system integrates with a low-friction, 1.0-liter three-cylinder EcoBoost engine to deliver instant torque and bring output to around 153 horsepower. Ford also touts the 'ute's flexible rear luggage space of 16.1 cubic feet.

It'll be built at Ford's Craiova Assembly Plant in Romania. There's no immediate word on any plans to bring it to the U.S., but given that compact crossovers are all the rage, it's not out of the realm of possibility.