The all-white tires debuted on a UX

The pairing stems from a different collaboration in which John Elliott partnered with Nike to create a custom Air Force 1. Elliott kept the timeless silhouette simple in white coloring, but created a new look by layering and stacking parts of the shoe's upper to create the illusion of shadows and shades. The tires are intended to do the same.

Aside from the obvious connection of wheels and tires often nicknamed "shoes," sneaker and car cultures have intertwined on numerous occasions throughout the years. Most recently, a Rolls-Royce SUV-themed pair of Air Jordan IIIs popped up, Volvo customized pairs of Adidas Stan Smiths, and Puma made kicks inspired by the BMW GINA concept car.

Those who know the Air Force 1 see the parallels all over the tires. The Nike swoosh, the circular heel design of the sole, and the air holes from the shoe's toe box are obvious, with subtle touches such the textures of the shoe's rubber and leather filling the rest of the space. A small "AF1" badge is a nice nod to the shoe's metal lace ornament, as well. 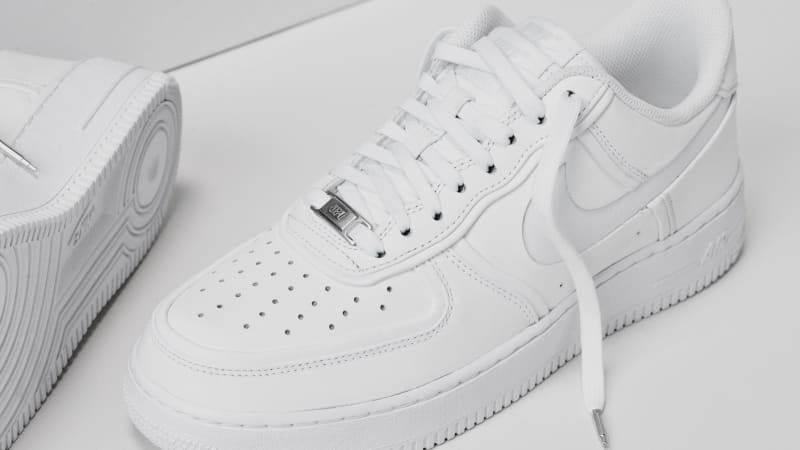 Lexus didn't release much information about the art concept, but there are small changes elsewhere on the car. The black wheel arch cladding is white, as are the side mirrors. We're surprised the UX wasn't completely white, grille and all, like the shoe, though. A John Elliiott badge on the lower rear quarter of the car makes sure everybody knows who worked on the project.

Unlike John Elliott's Air Force 1s, this UX is not for sale. Sneaker influencer Ray Polanco Jr. was invited to the event and gave some better looks at the tires below: