When you're late to the party, you'd better make a bold entrance

STOCKHOLM, Sweden — Lexus admittedly is late to the subcompact crossover segment, but it hopes to make up ground with the 2019 UX by offering an intriguing combination of hybrid technology and flashy design.

Longer than any premium subcompact SUV rival at 177 inches, the UX's 60.6-inch height is lower than all but the Infiniti QX30 and Mercedes GLA, and it sits in the middle on width at 72.4 inches — the BMW X1 and Subaru XV are narrower, the Audi Q3 and Jaguar E-Pace wider. Those dimensions give the UX a much more hatchback/crossover feeling, rather than a boxy and upright SUV. 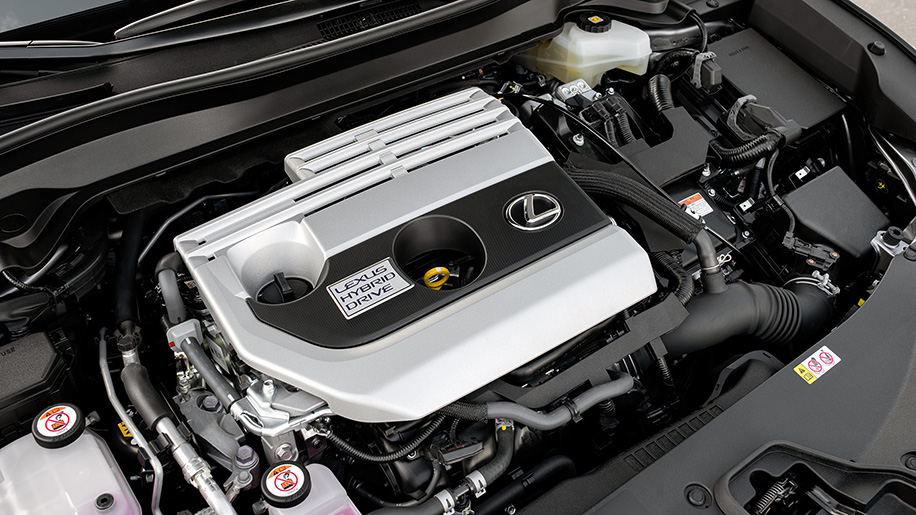 The U.S. market gets a strictly gasoline-fed option too, in the UX 200. It's powered by a 2.0-liter 169-horsepower four-cylinder engine paired to Toyota's new direct-shift CVT transmission and front-wheel-drive only. Economy figures are still to be finalized, but Lexus estimates 33 combined mpg for the UX 200, with the all-wheel-drive 250h expected to achieve 38 mpg combined. In Europe, the UX will be sold alongside the now-aging CT hatchback, despite rumors the CT is on its way out (it's already been axed in the U.S.). But the UX is by far the superior vehicle. The CVT in the Lexus UX is better and doesn't whine like the transmission in older versions of the CT. The UX also handles way better, even though for most customers its environmental credentials, keen running costs and distinctive design are more likely to factor into the buying-decision process.

The UX's cabin is a welcoming space. It's smart, logical and less cluttered than the larger NX. Material quality is excellent and original in places too — the optional dashboard covering akin to textured Japanese washi paper is a good example — and Lexus is stressing the brand's superior craftsmanship, called Takumi, throughout its range. 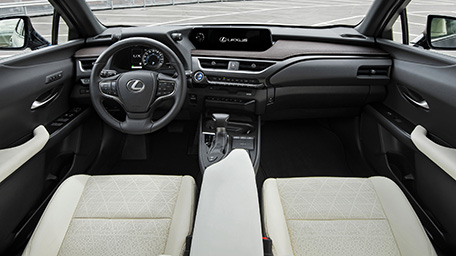 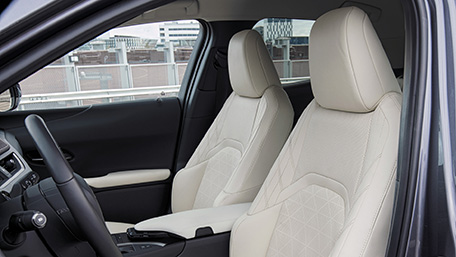 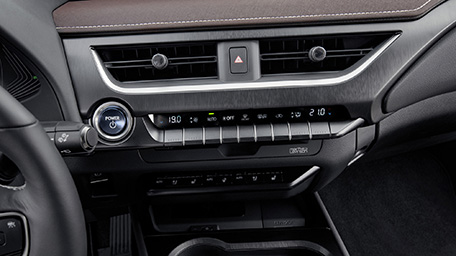 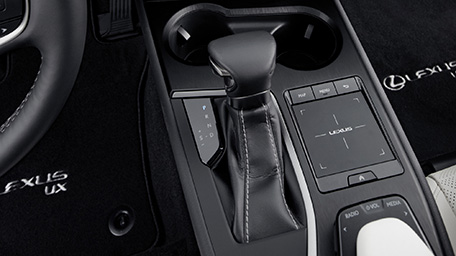 Unfortunately, the interior is hamstrung by the laptop-style touchpad for the infotainment screen (7-inch is standard, 10.25-inch on F-Sport trim). Even at its slowest setting, the cursor moves too quickly across the screen, making it easy to overshoot within menus and click the wrong item. Zooming in and out within the map is also tricky, and embedded too deep within the system. Practice helps.

The rear seat space is just OK for 6-foot passengers, and the material quality, especially around the rear door trims, feels cheap for a premium car. Trunk space looks small for its class and with less room in the 250h hybrid under the load floor compared to the gasoline-only 200.

The exterior design employs so many cuts, creases and shiny chrome details that it cannot help but stand out from the crowd. Even if you don't like those brave looks, given how well the similarly-designed NX and RX SUVs sell, it seems likely that plenty of Lexus loyalists will. 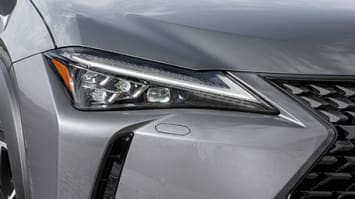 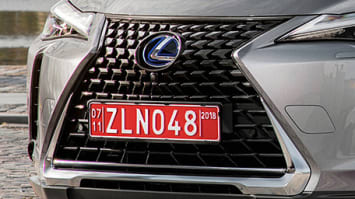 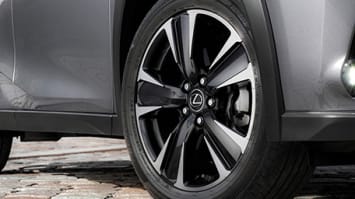 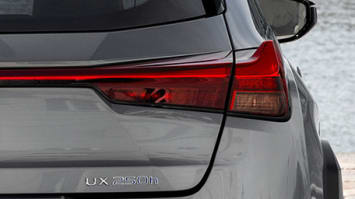 The UX is firmly part of a newer generation of Lexus cars that really do go around corners well and ride better than their predecessors. With a seating position lower than other SUVs, the UX is more car-like to maneuver, and combined with lightweight aluminum and composite panels, Lexus claims the UX has the lowest center of gravity in its class. Either way, there is a surprising agility on twisty roads, improved further by Active Cornering Assist, which monitors the trajectory through curves and applies the appropriate braking on the inside wheels to suppress understeer.

Every UX gets Drive Mode Select, a twistable knob unusually situated on the side of the driver display cowl but easy to access, offering three settings. Beyond "middle-ground" Normal, Eco tempers throttle responses while Sport quickens them and tightens up the steering feel, too. On F Sport models, there are five modes — Eco, Normal, Sport S, Sport S+ and Custom — which sharpen things up further. The optional adaptive variable suspension smooths out highway imperfections and is a box worth ticking. In Sport S+ mode, Sonic Interaction Design even boosts the sound the car makes under acceleration (and in a much more authentic way than the NX's sometimes odd acceleration noises). 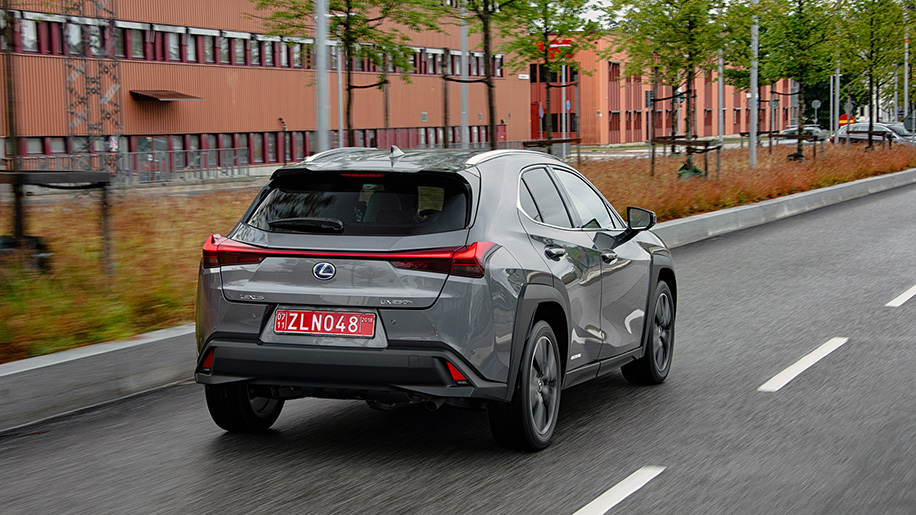 Of course, driving vigorously in Sport+ wrecks fuel economy quickly, and Normal or Eco are sufficient for most UX driving scenarios. Also, the UX is now able to coast in EV mode up to 71 mph downhill for short stretches, adding to the refined feeling of the ride.

Ultimately, the UX may not handle better than a BMW X1 or look as smart as a Jaguar E-Pace, but for urban-focused drivers seeking eco alternatives to conventionally-powered cars who don't want to pay extra for a plug-in or full EV (and their current range compromises), this capable hybrid is a unique solution and silhouette. 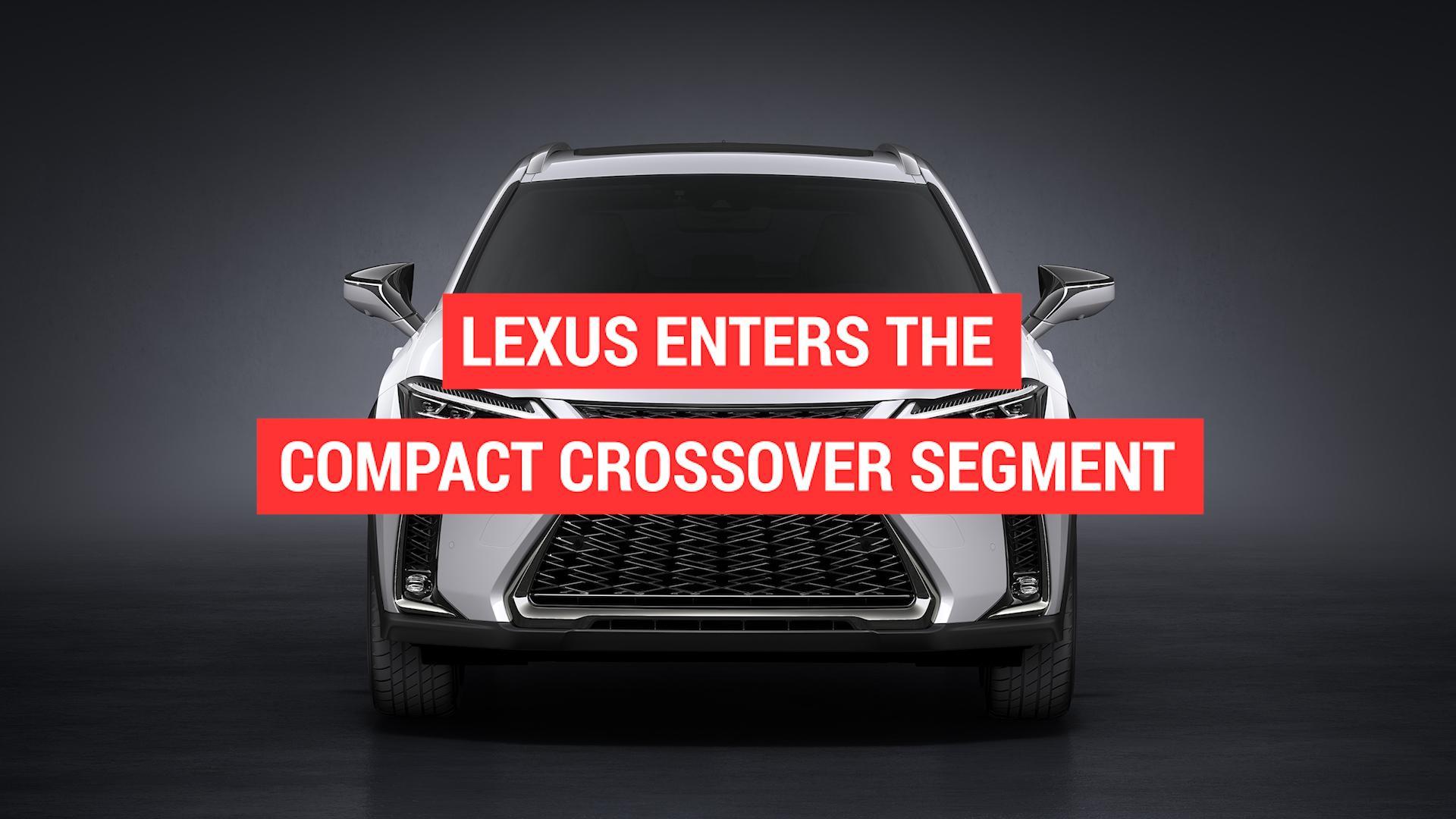