Volkswagen might not build this itself, but the MEB platform means someone else sure could

On the face of it, the heritage-laced dune buggy concept Volkswagen will introduce at the 2019 Geneva Auto Show is merely a one-off model, generating buzz and demonstrating the flexibility of the firm's brand-new MEB electric car platform. But every MEB-based concept shown since the series began in 2016 has received the green light for production. This yet-unnamed buggy might not be an exception to the rule, thanks largely to the tech sandwiched under it.

Volkswagen designers could have easily put on rose-tinted glasses and taken the concept in a retro-flavored direction; the credibility is unquestionably there. They didn't. Instead, teaser sketches suggest stylists channeled the spirit of classic, Beetle-based dune buggies without aping their looks. 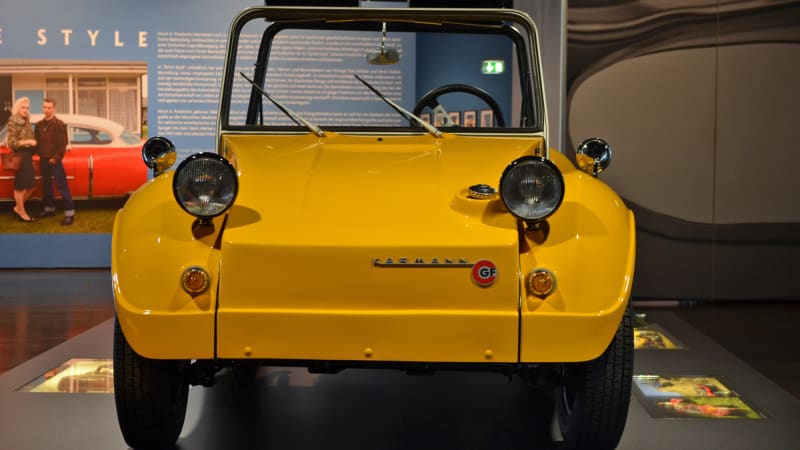 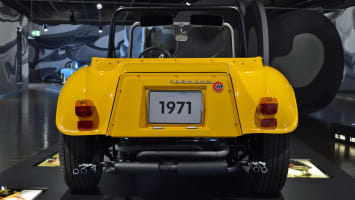 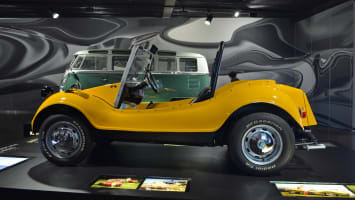 But the MEB-based buggy concept does share a fundamental feature with its air-cooled predecessor: modularity. It's built on flexible bones developed with relatively affordable mass-production in mind from the get-go, just like the original Beetle's platform chassis. That car, which made the body and chassis separate components that were simple to mate (or unmate), donated its chassis to countless customs. It spurred a burst of creativity from custom outfits, giving us the Meyers Manx, Karmann GF (pictured above), and EMPI Imp. And perhaps history will repeat itself.

The MEB platform is similar in concept but a different in execution. Rather than placing its engine out back, the MEB platform places all propulsion parts within its wheelbase. The lithium-ion battery pack is positioned in the middle of the car, right under the passenger compartment, and the electric motor is located over the axle it spins, making it even easier than the original Beetle to be creative with what goes above it. The wheelbase is proportional to the number of modules that make up the battery pack. Scale the size of the body to the wheelbase, and it doesn't matter what form it takes: pickup truck, sedan, hearse, Wienermobile ... or a dune buggy.

Even the MQB platform, which underpins dozens of cars ranging from the third-generation Audi TT to the three-row Volkswagen Atlas, doesn't offer such a high degree of modularity. And the bulky battery pack solves many of the rigidity issues engineers encounter when rebodying car.

As Volkswagen explained in the statement that accompanied the teaser sketches, "The new MEB concept vehicle shows this fully electric platform can be used for more than just large-scale series production models. Like the Beetle chassis of yesteryear, the MEB has the potential to facilitate the development of low-volume niche vehicles." Wink-wink, nudge-nudge? 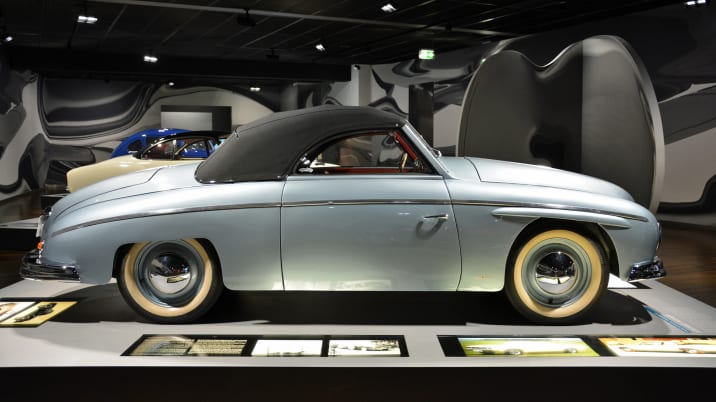 If Wolfsburg doesn't build an electric dune buggy, someone else might — it could even ride on Volkswagen's own hardware. Remember: The Manx wasn't made by Volkswagen, either, and VW has a long history of working with coachbuilders (like this Rotmetsch-bodied Beetle above). The firm is open to sharing the MEB platform with automakers big and small in a bid to offset the sky-high cost of developing it. It's perhaps surprising that Volkswagen would want to share something it spent so much to create, but it makes perfect sense from a business standpoint — dust off your Econ 101 textbook and read up on economies of scale.

"We want to offer access to the MEB by making it available to the entire industry," confirmed Michael Jost, Volkswagen's head of strategy. Without citing names, he added the company is already talking to competitors about a tie-up, "particularly in the volume segment."

Volkswagen isn't alone in its approach. Rivian also factored platform sharing into its business case. It told Autoblog it wants to build vehicles for other manufacturers on the architecture that underpins the R1T and the R1S concepts introduced in 2018. It's already in contact with several interested parties, though it stopped short of revealing precisely who it's talking to. Unverified rumors claim Pininfarina will use Rivian technology to build an electric, high-performance SUV aimed at the Lamborghini Urus.

While it's too early to tell with any degree of certainty whether the electric dune buggy concept will reach production, the fact that it could happen points to an exciting future for enthusiasts and car brands alike. Electrification looks set to awaken the long-dormant coachbuilding industry that alchemized the humble Beetle into thrill-seeking buggies and drop-dead gorgeous drop-tops. And, with at least 10 million MEB platforms in need of a body, there is certainly space for Volkswagen (or a coachbuilder) to let a modern-day Manx loose on the world's beaches.