Doug Newcomb
The first time I experienced lane-splitting it totally freaked me out. I'd just moved to California after college and was getting used to driving L.A.'s cutthroat rush-hour traffic — at time when freeway shootings were rampant, giving rise to the term " road rage" — when a motorcycle came flying past and made me reach for my pistol (JK).

For those who don't know, lane-splitting (aka white-lining or "filtering" in British parlance) is the practice of motorcyclists threading between cars on a multi-lane road, giving riders an edge in stop-and-go traffic. In the U.S., it's legal only in California, although it's "not specifically prohibited" in a dozen states, according to the Motorcycle Legal Foundation. And it's common practice in other parts of the world, particularly Asia.

Ask any two-wheeler and they'll probably tell you it's not lane-splitting that's hazardous if you're a competent rider. The real danger comes from complacent "cagers" who are unaware of their surroundings and are probably too preoccupied or distracted to check their side mirrors and notice a lane-splitter barreling up from behind them, before changing lanes. 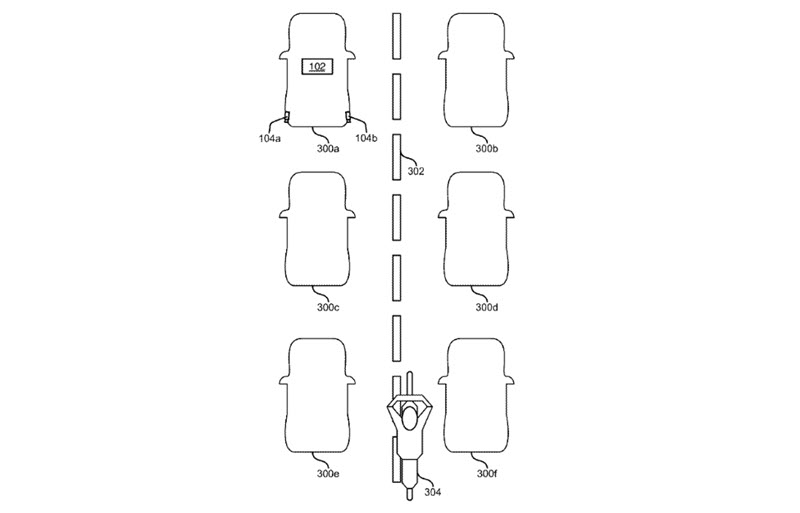 Bosch recently unveiled a motorcycle-to-car communication technology that the company claims "could prevent nearly one-third of all motorcycle accidents." But it would require all motorcycles and vehicles in a vicinity to have the technology onboard to be effective, which would obviously take a lot of time — and literally an act of Congress for car and bike makers to comply.

Ford has come up with a better idea, at least at it relates to lane-splitting and rider safety. The automaker has received a patent for a system that uses cameras and other sensors to detect lane-splitting motorcyclists and even intervene to potentially prevent a collision. The patent calls for using rear-facing cameras that would tie into a vehicle's driver assist features such as blind-spot detection to issue a warning and initiate automatic braking or steering if a motorcycle is detected white-lining near the car.

Ford's lane-splitting patent points to two promising solutions — now and into the future.

First, since the patent uses existing sensors and other electronics, it wouldn't take years to implement. And with driver assists coming even to entry-level cars, the feature could rapidly proliferate throughout automakers' fleets.

Second, motorcyclists as well as bicyclists are concerned that, despite all their sophistication, self-driving cars have an even more difficult time than humans detecting small, fast-moving objects. Or even small, slow-moving objects in the case of the recent Uber fatality involving a cyclist walking her bike across the road.

Motorcyclists' and bicyclists' worries were confirmed by a recent IEEE Spectrum report that revealed bicycles are "the most difficult detection problem that autonomous vehicle systems face." And a lane-splitting motorcycle moves much faster.

Automakers receive hundreds of patents for innovations like Ford's lane-splitting idea that never make it into production. But car companies already have systems on the market that watch out for other cars, pedestrians, bicyclists and even large animals like moose.

With motorcycle fatalities up more than 5 percent between 2016 and 2015 — the second year in a row they've increased — technology like Ford's recent patent can help prevent lane-splitting accidents in California and beyond. And drivers win too, since they won't be startled when a bike blasts past them.