Geely chairman is now the single biggest investor in Daimler

Li Shufu, the chairman and main owner of Chinese carmaker Geely, has built a stake of 9.69 percent in Daimler AG, the German carmaker said in a regulatory filing on Friday.

The stake, worth nearly $9 billion at the current valuation for Daimler shares, makes Li the biggest single shareholder in the maker of Mercedes-Benz cars, trucks and vans headquartered in the German city of Stuttgart.

A Daimler spokesman called the stake purchase a private investment by Li.

"We are delighted, with Li Shufu, to have won over another long-term investor who is convinced of Daimler's innovative prowess, strategy and future potential," the spokesman said in response to a request for comment.

"Daimler knows and respects Li Shufu as a Chinese entrepreneur of particular competence and forward thinking."

Li's stake purchase makes him the top shareholder in Daimler ahead of the Kuwait Investment Authority, which owned 6.8 percent as of Sept. 30, according to Thomson Reuters data.

Earlier this month, the German newspaper Bild am Sonntag reported that the Chinese industry giant was seeking to become Daimler's biggest shareholder, likely exceeding the 6.8-percent stake of the Kuwait Investment Authority. The paper said Daimler had reportedly turned down Geely's $4.5 billion offer for a 5-percent stake via a discounted share placement, saying that Geely could buy shares in the open market. Institutional investors currently own 70.7 percent of Daimler, and the company already has strong ties to Chinese automakers BAIC and BYD.

Bild am Sonntag said the move was intended as a strategic alliance against Apple, Google and Amazon on autonomous and connected cars. And Reuters reported that Daimler wants to have bespoke "robo taxis" on the road quicker than Google's Waymo, and views Geely as a strong partner for that.

Geely owns Volvo, which has enjoyed a renaissance under the arrangement, as well as the maker of London's black cabs. In December, it bought a stake in AB Volvo, the maker of Volvo trucks. And last year it acquired a 49.9 percent stake in Malaysian automaker Proton, and in so doing it gained controlling interest in Lotus. 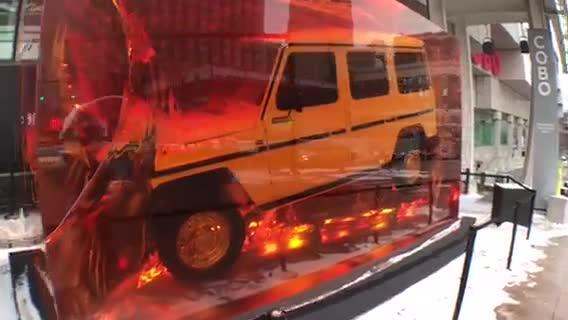