More than at any other race, the Monaco Grand Prix question is: which combination of demolition derby, Safety Cars, and bad pit strategy will decide the podium? Last year Lewis Hamilton's late, confounding pit stop cost him victory. The year before, Nico Rosberg's qualifying "mistake" put him on pole and Mercedes-AMG Petronas' pit strategy sealed his win – good for Nico, bad for Hamilton and the rest of the field. In 2013 Hamilton dropped from second to fourth when he lollygagged in the pits. In all three years, Rosberg won.

The new X factor for 2016: a Red Bull resurgence that helped Daniel Ricciardo clinch his first career pole. Nevertheless, bad pit strategy had its say in the results. 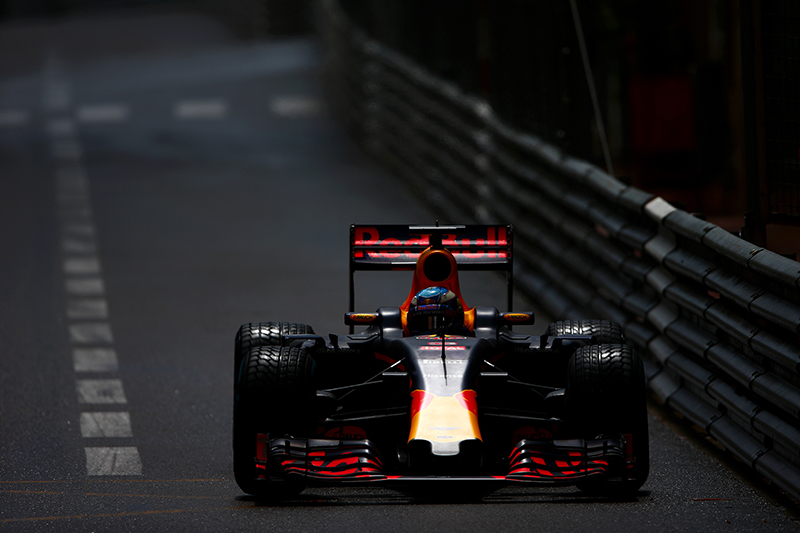 Ricciardo built up a 13-second lead by Lap 15 in spite of heavy rains that forced the Safety Car to lead the first eight laps of the race. Ricciardo stopped on Lap 23 to switch to intermediate tires for the drying track, ceding the lead to Hamilton. Hamilton pitted from the lead on Lap 31 for softs, then Red Bull pulled Ricciardo in again on Lap 32 and made a snap decision to put him on ultra softs, but the tires weren't ready when Ricciardo reached his pit box. What should have been a three-second pit stop turned into a 13.6-second pit stop. Ricciardo left the pits as Hamilton came down the straight and the Aussie lost the lead into the first corner. Despite two attempts to pass later in the race, Hamilton finished first, the Aussie second. It's the second race in a row where pit strategy cost Ricciardo a near-certain win.

Conversely, Force India nailed both tire strategy and pit timing with Sergio Perez. The Mexican started in eighth but got into third before half the race was done, passing four cars in the pits, and finished on the podium's final step. 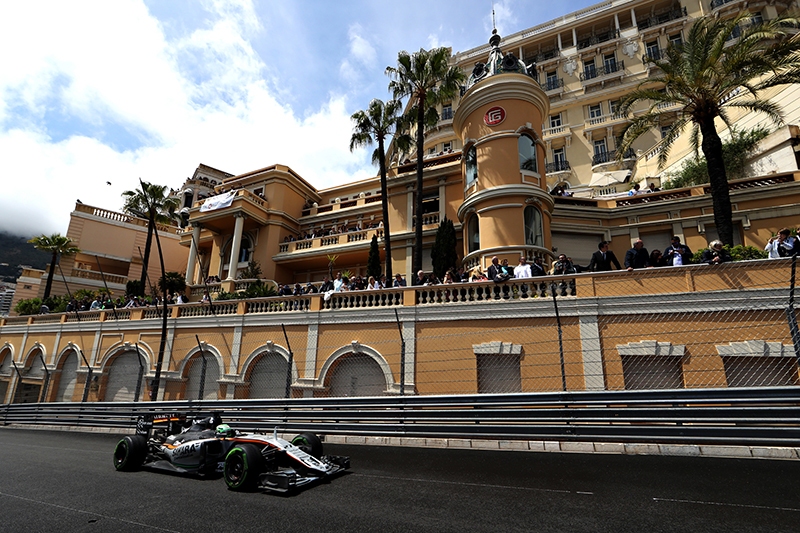 Otherwise the order barely changed from about half distance, with Ferrari driver Sebatian Vettel in fourth, followed by Fernando Alonso in the McLaren, Nico Hülkenberg in the second Force India, Rosberg in the second Mercedes, Carlos Sainz for Toro Rosso, Jenson Button in the second McLaren, and Felipe Massa taking the final point for tenth for Williams.

Storms didn't only hover over the area, though – dark clouds hung around several teams and drivers. Mercedes' reliability is no longer so reliable. The Silver Arrows suffered engine issues on both cars in qualifying, and Hamilton's problem almost kept him from setting a time in Q3. On Saturday, the Brit said Mercedes issues are " just becoming the norm" and "to be expected." Rosberg hit trouble in the race, a brake temperature problem making his car so slow that he let Hamilton by on Lap 16. 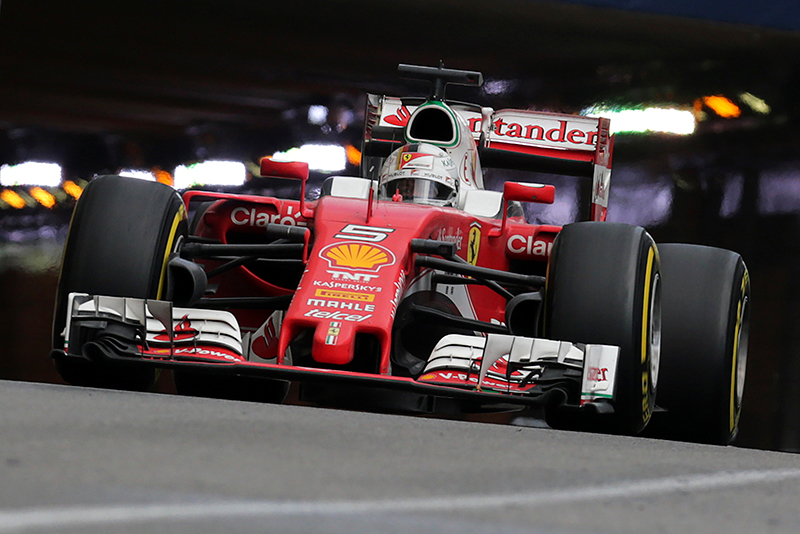 The Ferrari challenge remains MIA. The Italian team qualified a second off the pace and didn't improve on Sunday. Räikkönen crashed out early after a mistake at the Loew's Hairpin, Vettel got stuck behind Felipe Massa's Williams after the first pit stops, which is what helped let Sergio Perez through. If Ferrari President Sergio Marchionne thinks it's bad for the brand to lose to Mercedes, it must be a lot worse to lose to the Germans and to Red Bull.

Speaking of Red Bull, Max Verstappen now has the polar bookends to his brief Red Bull career. Two weeks ago in Spain he won on his first weekend with the team. This weekend he crashed his car in qualifying, started from the pit lane, got into tenth by Lap 24, then crashed out of the race on Lap 38 after locking up the brakes going up the hill.

Haas F1 has scored in three of the first six races so far this season, but not since a month ago in Russia. More problematic for the team is that Romain Grosjean has scored all of the team's points, Esteban Gutíerrez can't find consistent pace, and the Ferrari partnership is " a double-edged sword." 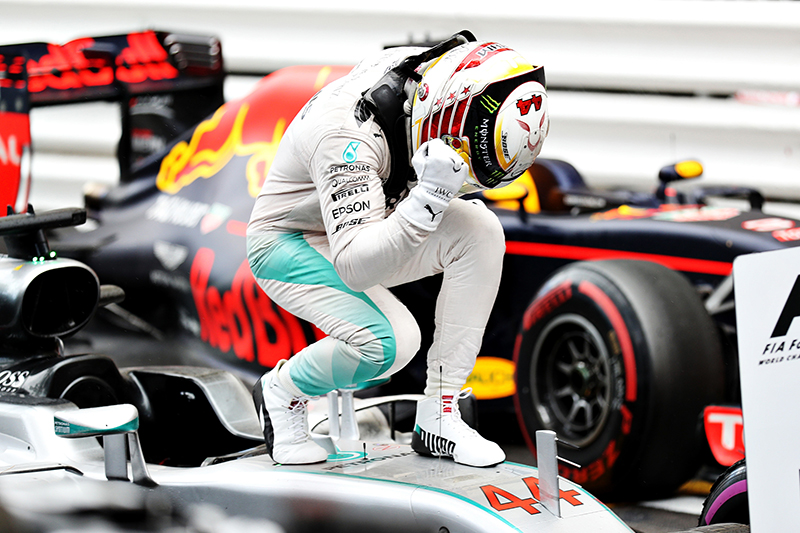 Rosberg still leads the Driver's Championship with 106 points, but Hamilton's first 25-point haul of the year puts him at 82 points; after a miserable run, Hamilton's now a race victory and a Rosberg retirement away from the Championship lead. Ricciardo's 18 points get him ahead of Raikkonen into third with 66 points. Raikkonen stays level at 61 points, just one point ahead of teammate Vettel.

Mercedes dominates the Constructor's Championship with 188 points. Ferrari fell further behind in second with 121 points and concerns about Red Bull sneaking up to 112 points. Every year of late Williams falls into a black hole in Monaco, this year the Grove team collected one point, putting it in fourth with 66. The Canadian Grand Prix happens in two weeks, we'll see you then.