These Cars Have Continent-Crushing Range With Around-Town Dimensions

Seyth Miersma
Editor's Note: Since this article was originally posted in the spring of 2015, much has changed in the automotive landscape, especially among those shopping for small car economy. With thanks to Volkswagen for their blatant cheating – and subsequent cover-up – on diesel emissions, the largest player in the diesel passenger car segment isn't playing – they're paying; billions are going for both car buybacks and federally-imposed penalties. And for a few VW execs there exists the very real possibility of jail. With the absence of a big player and the abrupt entrance – via Chevy's new Bolt – of an affordable EV with 200+ miles of range, we've limited the diesel listings to Jaguar's new XE. And for those wanting an updated look at efficiency and range, Autoblog has it – or the EPA has it.

Long before electric vehicles were part of the mainstream conversation, car lovers and skinflints alike would boast about the total range of their vehicles. There's something about getting farther down the road on one tank of gas that inflames the competitive spirit, almost as much as horsepower output or top speed.

Of course, the vehicles with the very best range on today's market are almost all big trucks and SUVs; virtually all have the ability to carry massive reserves of fuel. Top up a standard Chevy Suburban and you can expect to travel almost 700 miles (you'll need to stop before the Suburban stops...), while a diesel-fed Jeep Grand Cherokee manages almost as many.

But what about vehicles that are smaller? The EPA has, essentially, three classifications for 'small' vehicles: Minicompact, Subcompact and Compact. All three are measured based on interior volume, meaning that some cars with rather large exterior dimensions and engines slot in next to traditional small cars. But even though impressive GT coupes from Porsche, Bentley and Mercedes-Benz may have much larger gas tanks to feed their powerful engines, that capacity is offset by higher rates of consumption... in most cases.

We used the EPA's Fuel Economy Guide for model year 2017 cars as a start, calculating the official highway miles per gallon rating with each vehicle's tank capacity. The resulting numbers aren't necessarily real world, but they do offer a spectrum for total theoretical range. The eventual top ten surprised me on a few occasions, and comprised quite a varied list of vehicles. 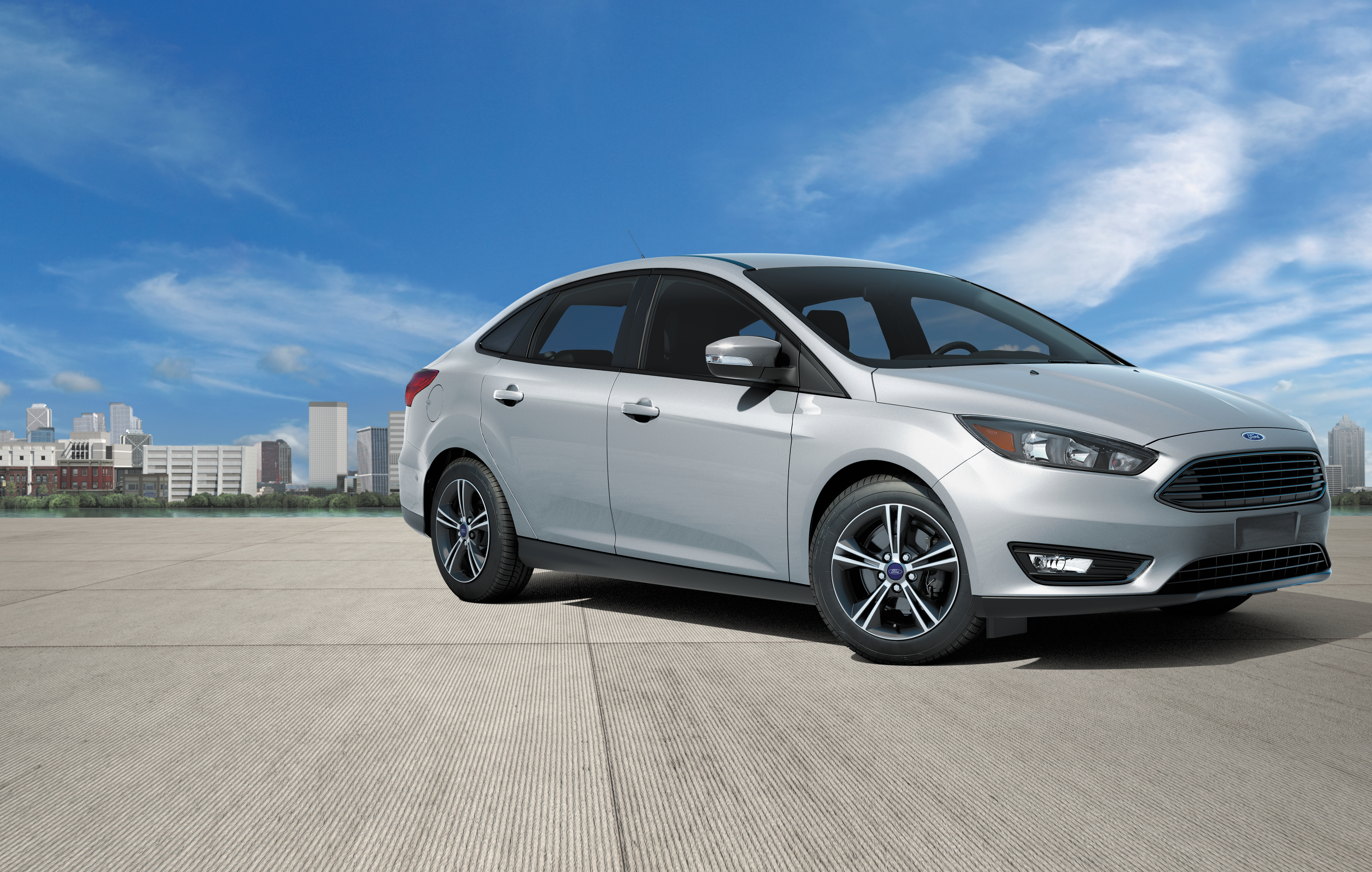 At the time of its introduction – with gas approaching $4/gallon – combining the compact Focus with a 1.0 liter 3-cylinder EcoBoost powertrain must have seemed like a heck of an idea. A few years later, with gasoline just over half that and people putting money down on 'Super Duty' this and 'Heavy Duty' that, 40 miles per gallon seems strangely irrelevant. But combine that 40 miles-per-gallon highway estimate with 12.4 gallons of capacity and you have almost 500 miles of non-stop range. Focus on that! 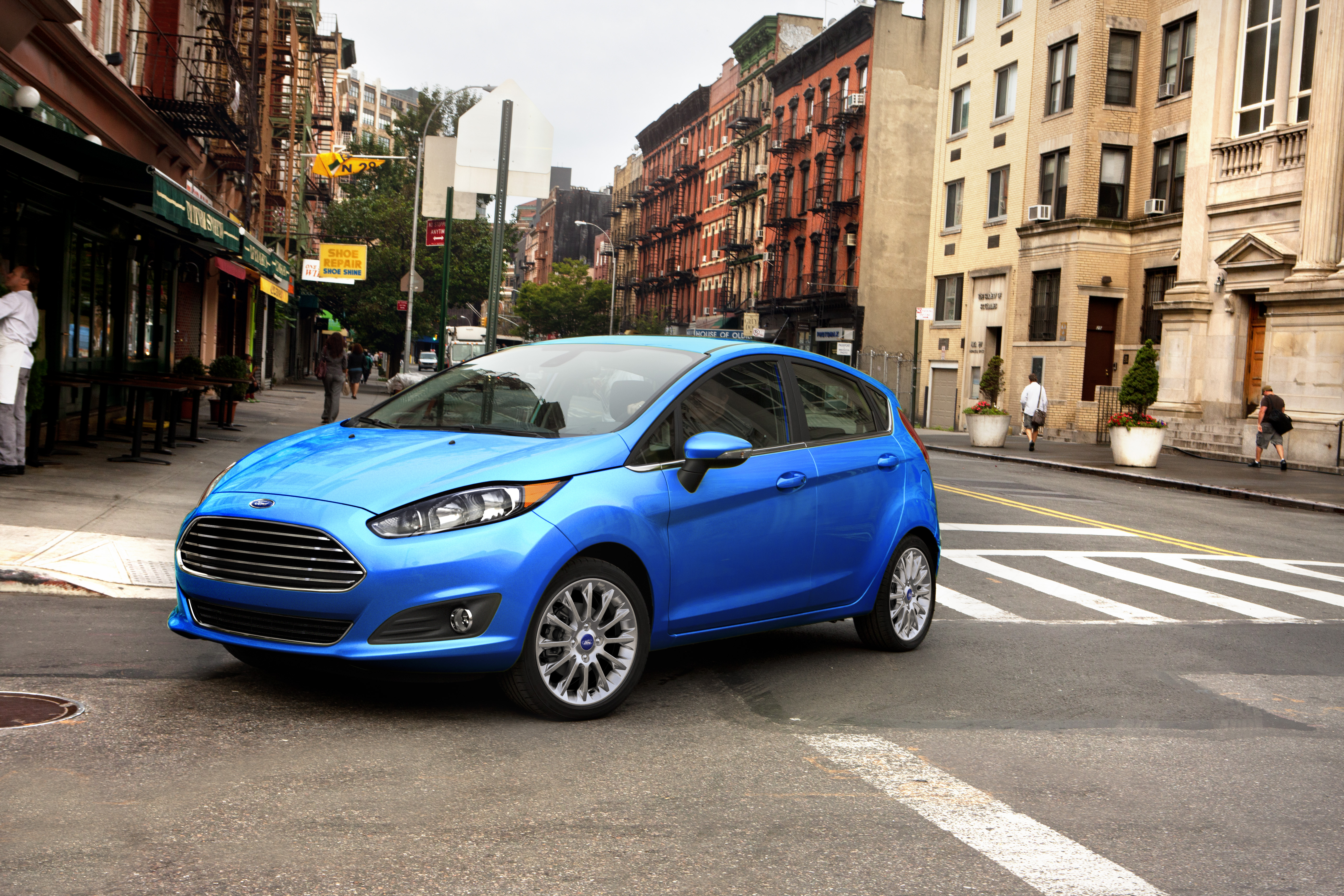 This is essentially the same as you see above with the Focus. The smaller Fiesta offers one more highway mile per gallon (per the EPA estimate), with the same 12.4 gallon capacity. With this anticipated range you'll get from Dallas to Corpus Christi, have enough fuel for running around Corpus over a long weekend, and only fill up as you're heading back to Big D. 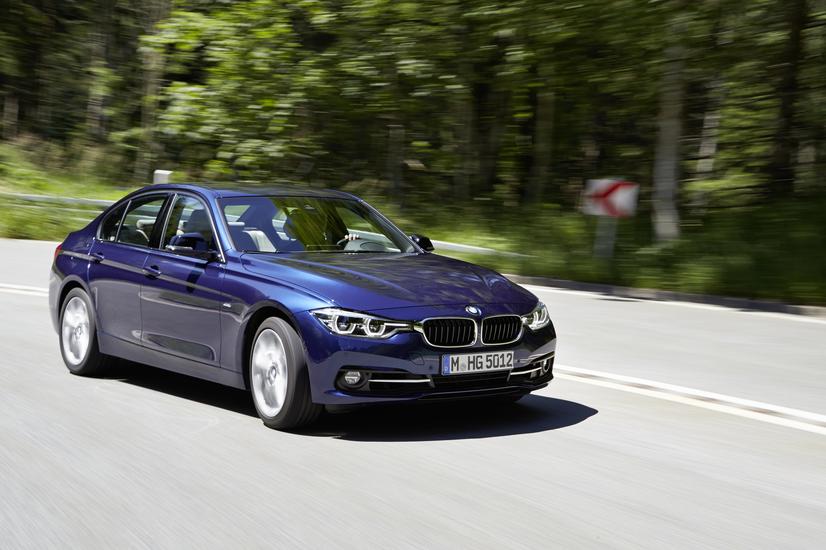 The key, as we've noted, to range is decent efficiency combined with decent capacity. The BMW 3 Series has it in spades, with its turbocharged 4-cylinder drawing from an almost-16 gallon tank. Add chassis dynamics that remain fully competitive in a sport sedan segment BMW essentially originated, and you have a capable getaway device, especially if wanting to get away from topping up. 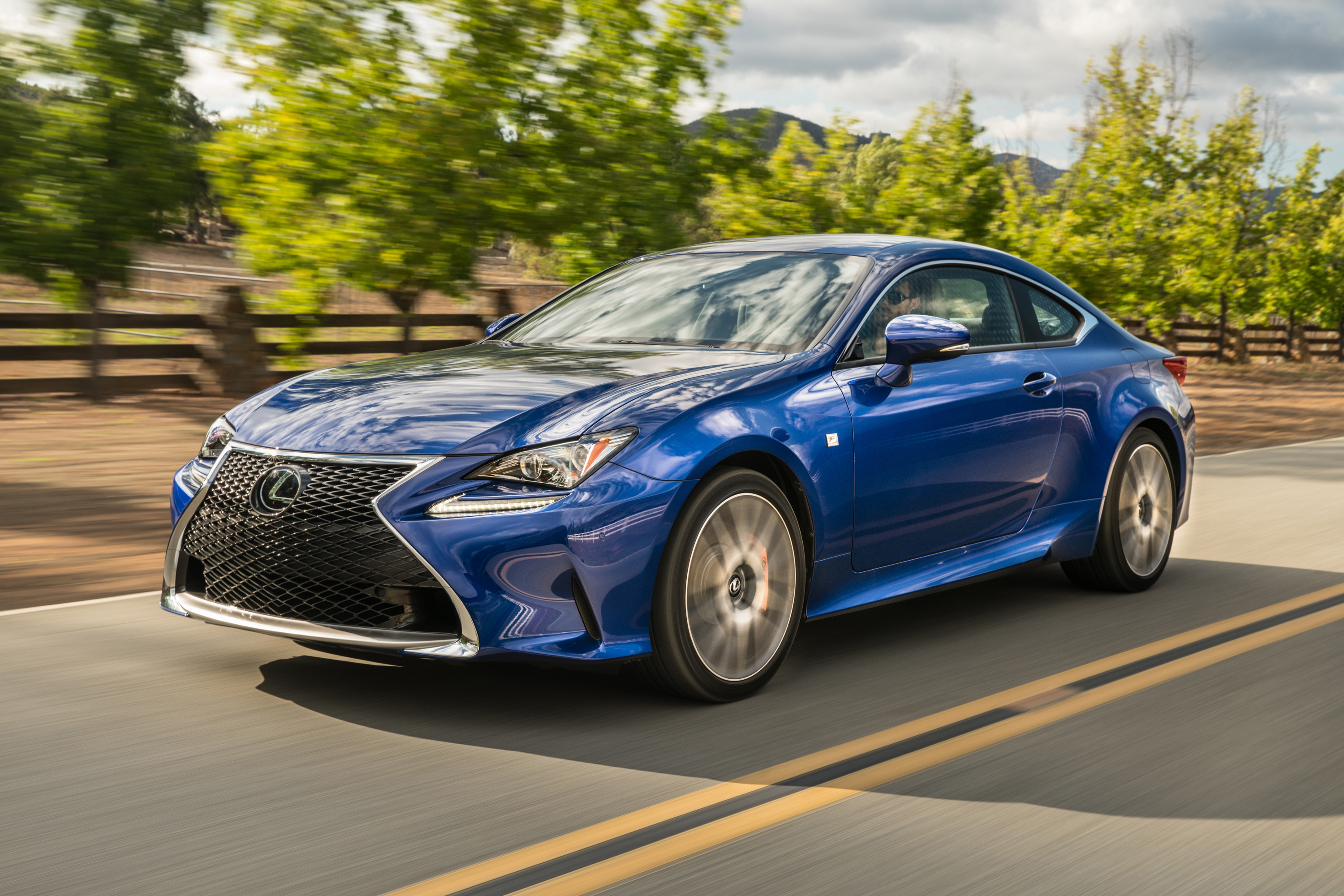 For a long time cars offering exceptional economy looked the part. With the Lexus RC lineup of coupes that rule is rewritten, as few cars look as overtly sporting while netting 30+ miles per highway gallon. Like the BMW, decent economy is paired with a surprisingly large tank capacity. 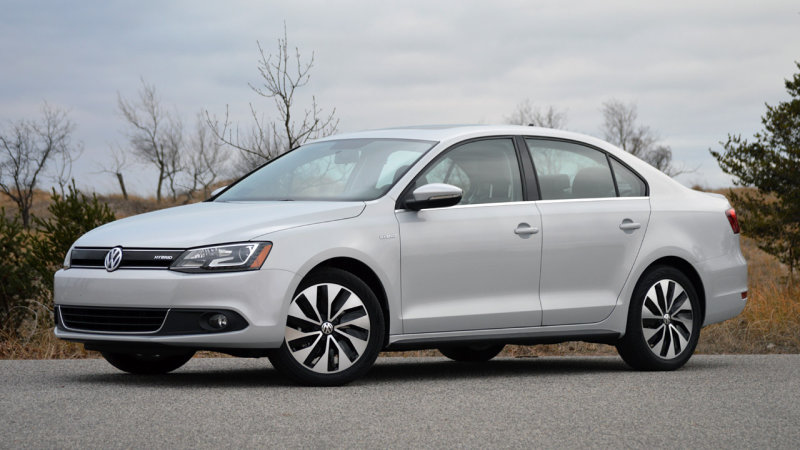 With the introduction of VW's 1.4 liter turbocharged four, buyers are able to max out economy and – in combination with over 14 gallons of capacity – travel almost 600 miles on a tankful. The Jetta may lack the technology of a Civic or dynamic of a Mazda, but its efficiency can't be faulted – especially when equipped in base, 1.4 liter guise. 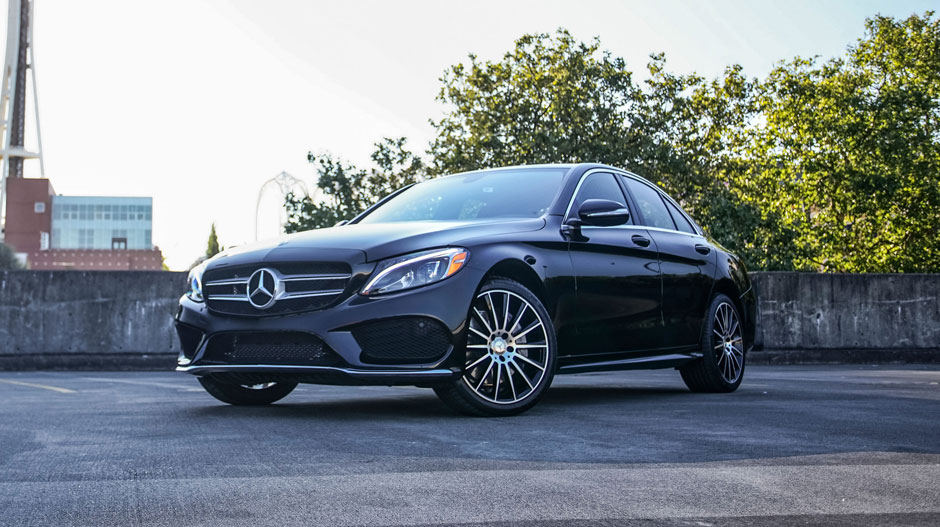 With a vault-like build quality, enhanced handling and sheetmetal that's almost Italianate, the new(ish) C300 checks most of the boxes when shopping for a near-luxury 4-door. And if range is the last parameter, know the 600 miles between fill-ups will be as refined as any long range mission might be. 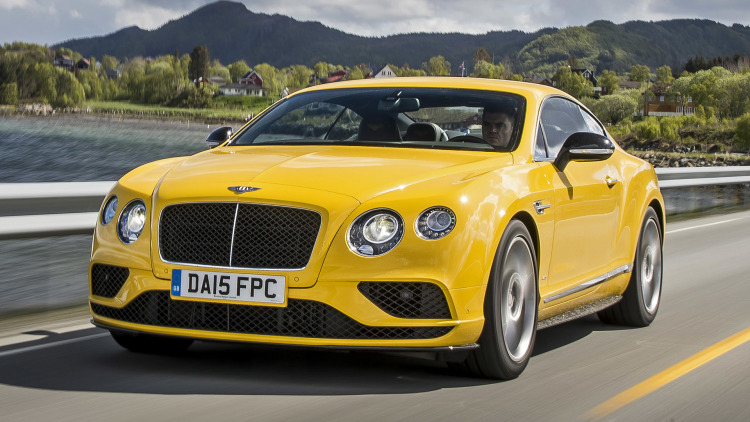 Obviously, they don't call it ' Continental' for nothing, as the Bentley can cover prodigious mileage without any hesitation. And while minimizing your downtime via its extraordinary range, it will maximize your comfort with both supportive seating and almost rampant luxury. Of note: this is the V8 version we're discussing and not – notably – Bentley's W12. 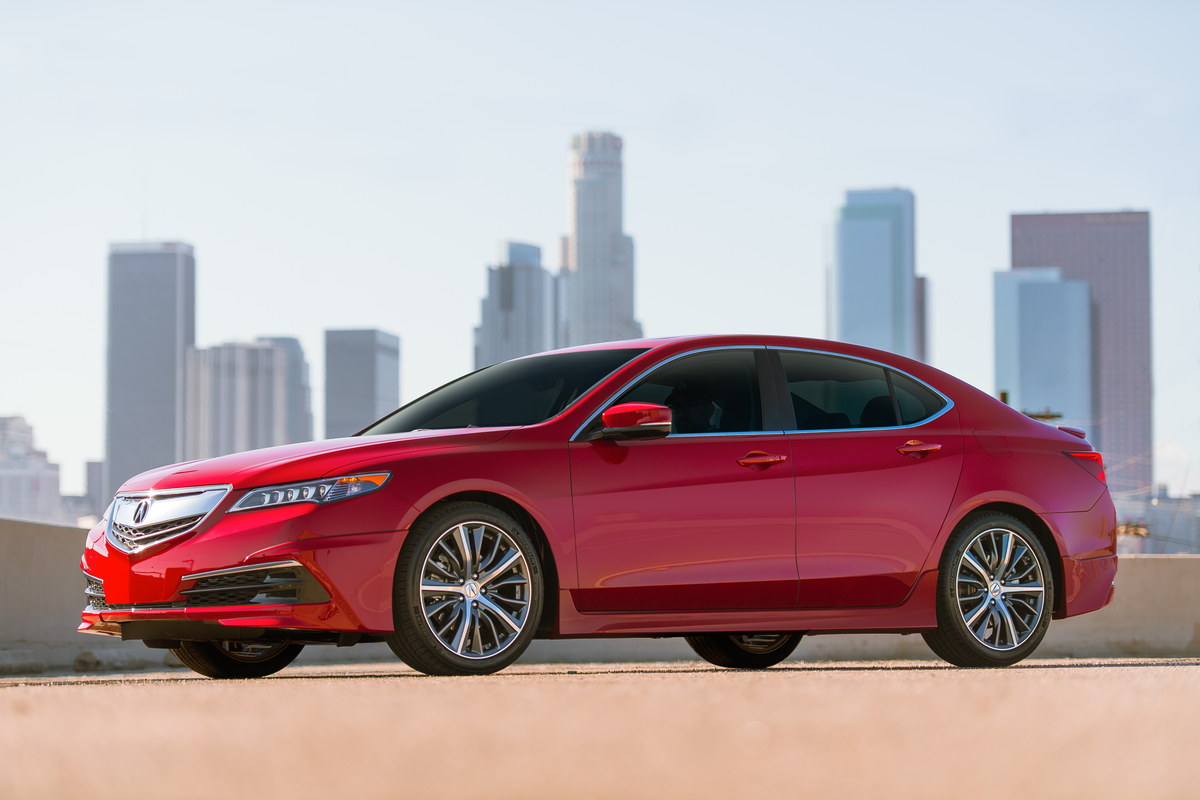 The Acura TLX makes good use of a conventional gas-powered four-cylinder and an eight-speed dual-clutch transmission to extract a neat 35 miles per gallon. The TLX's excellent 602-mile cruising range, courtesy of a 17.2 gallon tank, places it solidly among the longest-range cars on sale, too. 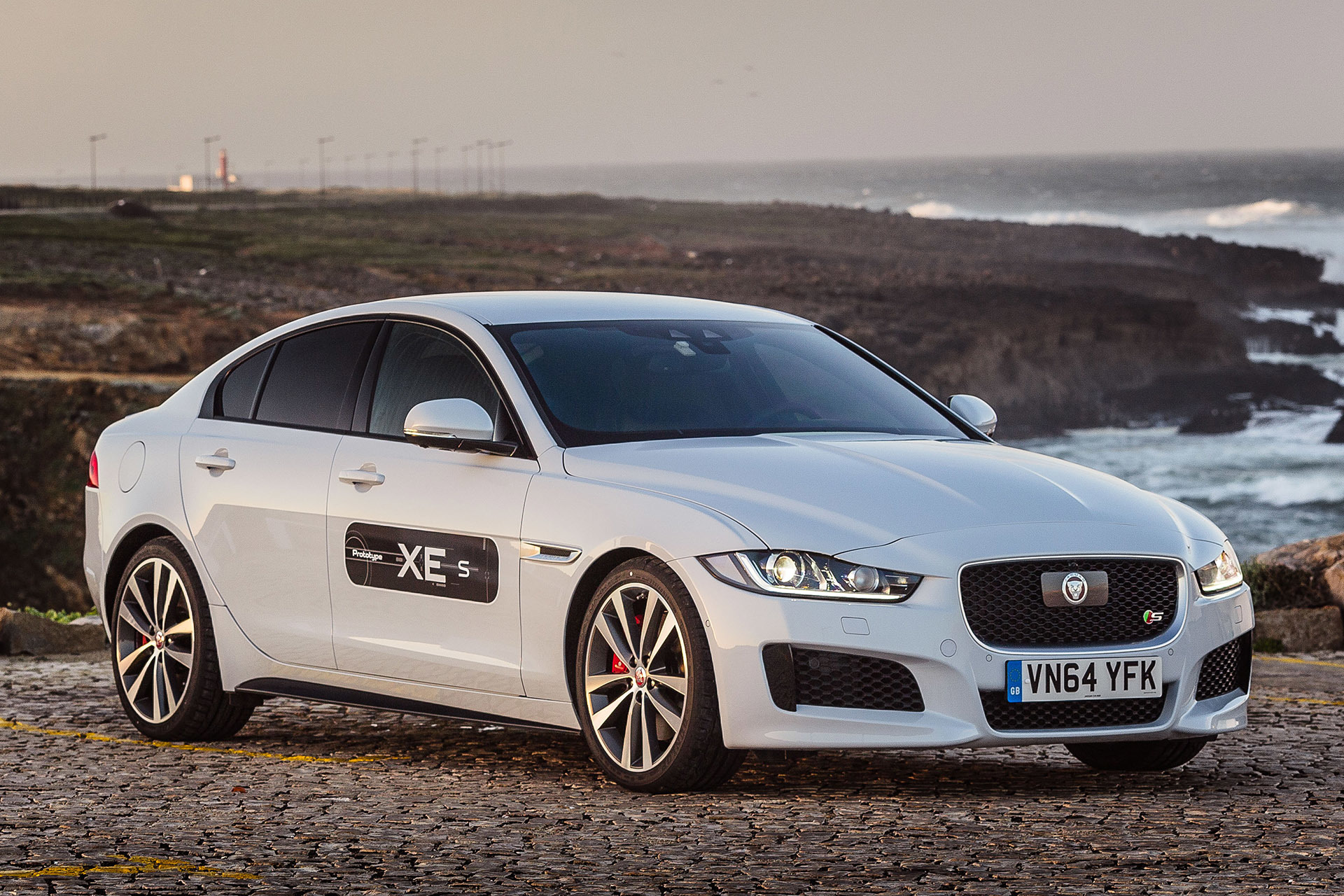 With a chassis dynamic that reportedly out-BMWs BMW, the Jaguar XE is one of the most stylish reasons to reacquaint yourself with a sport sedan. And you can add efficiency to its list of attractions, as a 42 highway estimate – in any objective sense – has to be taken seriously. The appeal of diesel is real, even if at least one OEM's regulatory shortcuts (VW) have put the powertrain in jeopardy. 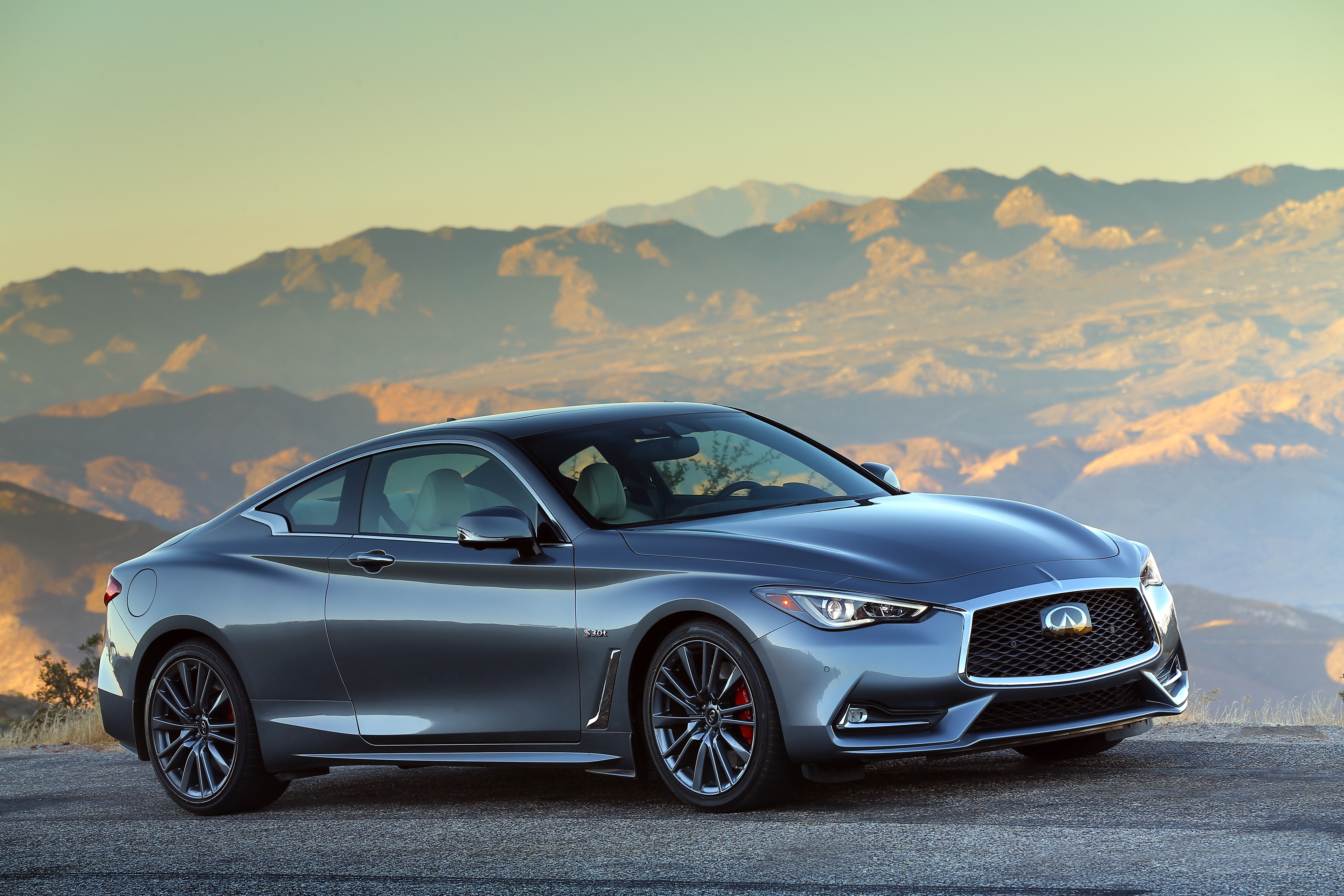 This, ladies and gentlemen, is Dallas to El Paso. No one elects to drive it, but with a brand new Infiniti in your garage – and no need to stop between Dallas' western edge and El Paso's eastern city limits – you might as well give it a go. The Infiniti Q60 is as new as tomorrow, and with a 600-mile range you can drive to tomorrow.