Every US Volvo could get plug-in hybrid model Whether we're talking XC90, S60 or V60, if Volvo sells it in the US, there is a decent chance that you will some day soon-ish be able to buy it with a plug-in hybrid powertrain. That's the message from Dean Shaw, VP Corporate Communications at Volvo Cars of North America, who spoke with AutoblogGreen during the New York Auto Show this week.

Volvo's recent past has been a bit cluttered with plug-in (and wireless) vehicle test projects and early plug-in hybrids as it has tried to find its electrification legs. We loved the all-electric C30 (but not its price tag), understood why Europeans flocked to the V60 plug-in hybrid and dug the Concept XC Coupe PHEV (above) that was displayed at the Detroit Auto Show in January. With yet another plug-in concept - the S60L PPHEV - being unveiled at the Beijing Motor Show this weekend, we figured it was time to get some electrification clarity. Speaking with Shaw made it clear that this run of vehicles shows that Volvo is just about ready to get serious about PHEV technology.


Let's start with the V60 PHEV, which Shaw called a test bed.

Let's start with the V60 PHEV, which Shaw called a test bed. "It was a product we could sell, but it was also a learning curve for us. [Volvo] was sold back in 2010, but the strategy that was part of the sale was that, in the future, Volvo would have a very clear focus on very high-efficiency, small gasoline and diesel engines. We're talking two liters, four-cylinders, with a range of anything from 140 up to 300-plus horsepower. At the top end, we'd augment it with electrification." That pretty much exactly describes the S60L PPHEV.

But that's all phase one. The real trick is what comes next. 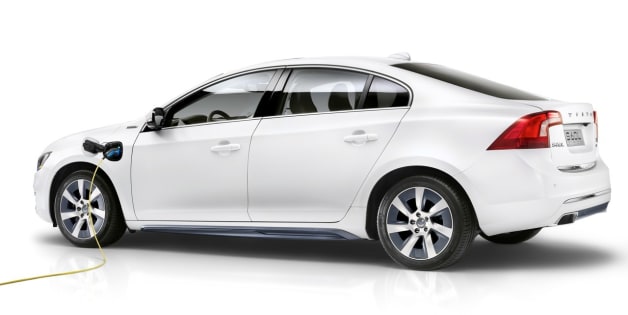 "The solution, when we started from the ground up is to really utilize this new platform that we have," Shaw said, referring to the Scalable Platform Architecture that has been in the works since at least 2011. "We've got an optimized engine installation, we've built a central part of the vehicle down the transmission tunnel we can store batteries in and then we have the electric rear-axle drive - the next-generation, if you like, after the V60 - going into that car as well. The car in China [S60L PPHEV] is taking little components of that, taking the latest engine and adding it to the hardware that we've been proving and selling very successfully in Europe."


This modular platform will be used in Volvo's upcoming XC90 plug-in hybrid.

This modular platform will be used in Volvo's upcoming XC90 plug-in hybrid. During the Frankfurt Motor Show last fall, Volvo confirmed that a PHEV powertrain would be launched in the redesigned, upcoming XC90. This global vehicle is due in the US in the first quarter of 2015, Shaw told us, which is earlier than expected. There's still a lot that's not known - the updated look, the electric range or the price, to name three easy examples. "We've said we will do a plug-in hybrid, we've said we will use our new engines that we've just launched but we haven't really said anything other than that." Volvo has shown off more than that, like some images of the basic configuration that show it's a transverse-mounted engine that has been moved back as far as possible. The front wheels will be powered by this pushed-back engine, which could allow some styling characteristics of a RWD car, Shaw said. This global PHEV will be made in Torslanda, Sweden.


"We've said up front that every car on that platform could have a plug-in hybrid. I can't see why you wouldn't do that" – Dean Shaw

Here's where it gets interesting: all of the future PHEV potential. A wide variety of Volvo models will be use the new platform, Shaw said, from the replacement for the S60, the XC60, the V60, the replacement for the larger wagons and sedans and the XC90, the seven-seat SUV. It could actually underpin any model that Volvo sells in the US today. "Everything we sell in the US today will be replaced by cars on this new platform," he said. "We've said up front that every car on that platform could have a plug-in hybrid. I can't see why you wouldn't do that."

There could be difficulties in the marketplace, of course, but Shaw explained that Volvo will target the tried-and-true higher-end customer market. "One of the challenges that people have had with hybrids and plug-in hybrids is you're adding a bunch of expensive hardware," he said. "You've got to understand the segment that you're in but also the range that they're selling in. So, one of our sedans might start at $35,000 but the range might go up quite high. It will always be a challenge when you're adding that much hardware to sell a plug-in hybrid at the bottom end or the middle. But if you put it at the top end, what you're getting are the people who can afford the product most will get the best performance and the ability to drive on all-electric but they'll also get the smallest environmental footprint, because it will be able to drive on electricity. And that's a big flip from today, maybe, when we've got a big, powerful V8 but it might be pumping out 275 grams of CO2 [per km, roughly the equivalent of 20 miles per gallon]. If you could do a full-size SUV - and I don't know what our numbers would be, but maybe it's 50 to 70 grams [77-109 mpg] - that's a completely different ball game." Game on.