Our Least Favorite Cars of 2017

Our Least Favorite Cars of 2017

We drive a lot of cool cars, but some of them just don't strike our fancy. Most cars are good in modern times, with reliability and performance better than ever. But we just don't like some of them, and we have our reasons. Here's the list of our least favorite cars of 2017. We admit it's subjective.

For the second year in a row, Nissan has provided my least favorite car of the year. The machine drawing my ire this time around is the Rogue Sport, a thoroughly underwhelming crossover in virtually every respect. The engine is underpowered, the steering is overly light and numb, and the subpar mechanicals are wrapped in a hopelessly plain package. That's not great when this highly competitive segment features things like the more engaging and more interesting looking Subaru Crosstrek that comes with standard all-wheel drive, or the powerful Jeep Renegade and Fiat 500X. And even when it comes to the Rogue Sport's impressive cargo space and good price, there's still the Honda HR-V, which delivers roughly the same space for the same price, but also adds better fuel economy and those nifty flip-up seats from the Fit. It simply isn't good to drive, and it's nothing special in any other aspect. 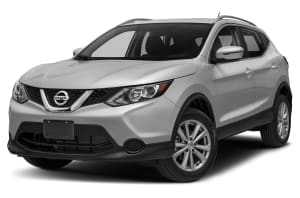 I really had trouble picking my least favorite car of the year, as there aren’t any I drove that I truly hated. Even “disliked” is a little strong. That said, the car I liked driving the least was probably the Fiat 500X. I don’t dig the roundness-everywhere design. There’s a lot of plastic in the cabin. The infotainment system was laggy. Worst of all, I could not find a comfortable driving position. The steering wheel always felt out of place, no matter how I adjusted it or my seat. The Fiat 500X has its charms, but they weren’t enough to put it ahead of the Toyota C-HR, my runner-up for this list. 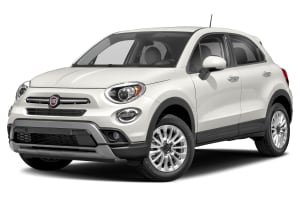 A Ram is a terrific truck, so what follows is about form, not function. We've driven several "luxury" trucks recently with MSRP north of $60,000. Ford even approached $100,000 with its plush new Super Duty Limited. So the Laramie Longhorn Southfork is here, with its filigreed cabin, leather saddlebags and cowboy-boot upholstery ("Tacky is one word for it," Reese Counts wrote recently) as poster child for the fancy-truck phenomenon. (Let Autoblog help find your next vehicle with our CarFinder.)

Automakers love these rigs because they are payload-rated to haul a ton of profit. The public digs them. We don't get it, but clearly we're the ones out of step. For $60,000-$100,000, I'd spend $20K-$25K on a used pickup to haul and tow the guts out of — and the rest on a nice, fun car that fits into parking spaces.

Proof-positive that a big price tag and a fancy badge do not equal a good car. The Lexus GX 460 Luxury costs $72,000 and I can't think of a single rational reason why someone would buy one. The cargo door opens the wrong way, it has a Chevy Tahoe-challenging sky-high liftover and absolutely pathetic space behind the raised third row, which barely has any room and is incredibly difficult to reach. The GX 460 just isn't practical enough as a three-row SUV, and its low Lexus bodywork hampers what should be 4Runner-challenging off-road capabilities. Its ground clearance and approach angle are bested by a Volvo XC90. It's also slow, inefficient and handles like an arthritic elephant. Subjectively, it's also exceedingly hideous, making even an emotional buying decision perplexing. I do not get it.

Like the 1 Series before it, the BMW 2 Series coupes have always been close to the car we want them to be. While compact, they're inevitably heavy for their size. No amount of power or traction can fully correct that. What the 2 Series in general, and the M240i xDrive specifically, desperately needs, is a diet and two less driven wheels.

The M240i is fast and grippy, sure, but it does so without conveying much sense of speed or occasion. If slow-car-fast is good, fun-car-fast is better. This is fast-car-bored-to-death, and that's a travesty. What the M240i should be is an M2 (which is positively delightful) with less power, less weight, less tire and more direct feedback. Fun, quick but not blisteringly so, but involving. The M240i as it sits now is a sanitized, clinical experience that might please a stop watch or a spec sheet, but doesn't please the driver. It's my pick simply because it has so much potential, but is ultimately a disappointment behind the wheel.

Starting at $24,685, the Prius isn't all that expensive for the technology and efficiency on offer. But it's just $2,415 less than the Prime, and the PHEV qualifies (for now) for a tax refund of $4,500. Factor that in and you'll end up with a slightly better vehicle – with 25 miles of electric propulsion – with slightly better driving dynamics and slightly more interesting looks.

With all of that said, I still would only recommend the Prius Prime to a small swath of the buying public. The Chevy Volt costs more but boasts more than twice the EV range of the Prime. And cars like the Chevy Bolt and, once it finally becomes available in reasonable numbers and all configurations, the Tesla Model 3 prove that fully electric cars are now mainstream options. Choose wisely. Compare these and other potential new vehicle purchases using our tool. 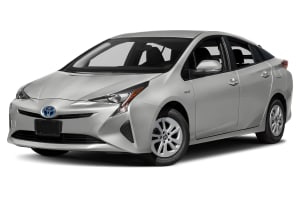 The regular Sentra is a middle-of-the-road compact sedan. It's both completely inoffensive and completely unexceptional. It's the shrug emoji on four wheels. Step on the throttle and the underwhelming 1.8-liter inline-four emits an exhaust note that sounds like someone saying "meh." There are no fundamental flaws, but there's nothing outside of dealer incentives that make it stand out.

The Sentra NISMO is Nissan's half-hearted attempt to add some sport and spice into its lineup. It's based on the Sentra Turbo, so it at least has a bit of grunt under the hood. The suspension has been stiffened and the facias have been changed, but that's about it.

Really, it feels like an attempt to cash in on the NISMO name. It doesn't have the same feel as other NISMO-tuned cars like the GT-R or 370Z. It's a half-measure and a slap to the old B15 Sentra SR-R. That was a legitimate sport compact. Then there's the fact the Sentra NISMO costs nearly $2,000 more than a Honda Civic Si.

This is my worst car of 2017 because it could have been so much more if Nissan really tried. The worst part is that I think Nissan knows it, too.

Our favorite, and least favorite, cars we drove in 2017