We all have that co-worker. Wears khakis and a button-down. Works 9 to 5. Nice enough guy, but totally anonymous. Maybe even has a nickname since his real one usually escapes you. At Autoblog, we called him "Hervie."

Hervie was our 2016 Honda HR-V EX AWD. He lived a quiet life in our long-term fleet for the last year and recently left the firm. He was hard-working, put in his time, and, uh, what did he do again?

The HR-V is one of the least memorable vehicles we've tested of late. Yes, we acknowledge it's a subcompact crossover and those aren't a sexy lot. But like the employee who spends half his week on expense reports, the HR-V just didn't stand out. Competitors like the Mazda CX-3, Kia Soul, and Fiat 500X have nicer styling or drive better and have made deeper impressions on the staff. "The lack of charm is a surprise to me, given how strong the rest of Honda's lineup is right now," Editor-in-Chief Mike Austin said.

Executive Producer Adam Morath echoed that. "I generally like Honda products," he said. "They make volume vehicles, but add just a little excitement and personality that often elevates their offerings within their respective segments. I'm thinking Fit, Civic, and now Ridgeline. Not so with the HR-V." 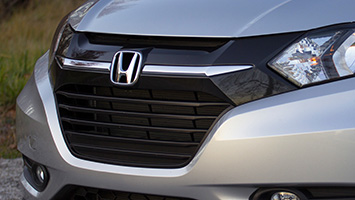 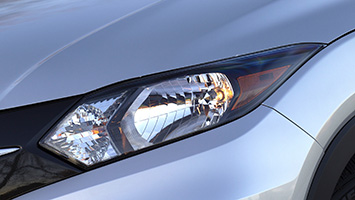 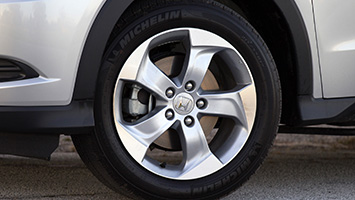 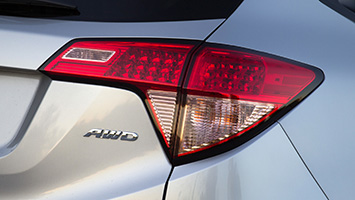 To be clear, no one was offended by the HR-V, because that would require actual passion. The looks? Cute. It has the hatch thing going on and there are stylish touches like hidden rear door handles and LED brake lights. Character lines strafe the sides and the hood is purposefully creased, adding definition. Those niceties didn't stop the HR-V from all but disappearing in parking lots. "I had a harder time remembering the color of this car than any of our previous long-termers," said Morath, who suggested the HR-V actually looked better in pictures than in real life.

Same story with the powertrain. The 1.8-liter four-cylinder, rated at 141 horsepower and 127 pound-feet, is fine in most situations and great for highway cruising. Merging onto those highways is more of a chore – often requiring a foot to the floor to generate the necessary motivation. The continuously variable transmission is fine. Slightly better than many of 'em, but still a CVT. It's the only option for all-wheel-drive models like the one we chose. Believe it or not, a six-speed manual is actually available on front-wheel-drive HR-Vs, just as it is in the related Fit.

"I felt like it was just on the acceptable side of underpowered," Executive Editor David Gluckman said. "The CVT did a good job of not reminding me it was a CVT. I mostly didn't notice the transmission at all, which I guess is the point for the average consumer. I occasionally popped it into Sport mode when I knew I was going to need to execute some kind of passing maneuver (and actually remembered to do so)." 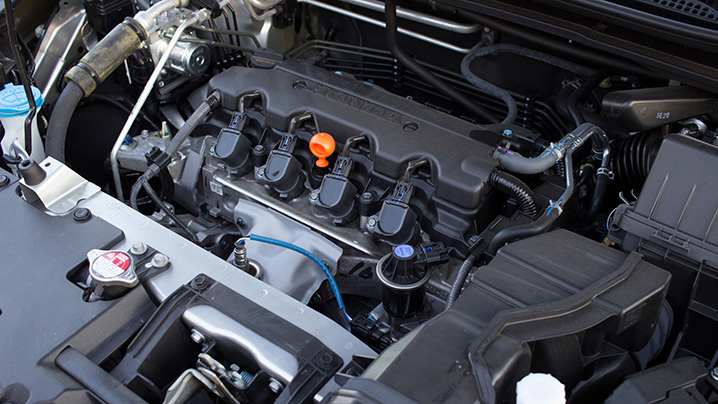 A middling four-cylinder and a CVT are great for one thing: fuel economy. We observed performance roughly in line with its EPA ratings of 27 mpg city and 32 highway, respectable figures for an all-wheel-powered machine. The HR-V was a frequent choice for staffers who needed basic transportation for vacations or around-town errands. "This little CUV has been everywhere," Social Media Manager Erin Marquis said. "Nearly everyone on the team has used it for road trips. I personally ran it up to Traverse City from Detroit at least half a dozen times. [It's a solid 250-mile jaunt.] More recently, I took the HR-V to Ithaca, NY, for an early fall hiking trip."

Indeed, this Honda hauled. People, stuff, dogs. Marquis used it to move three times in six months, which must be some kind of record. The interior was spacious and comfortable. Amr Sayour, our strapping associate producer who climbs in and out of almost everything we test in the name of quality videos, offered high praise. "I was surprised how comfy the HR-V was; as a big guy, I was especially impressed with the support of the cloth seats." In back, the so-called Magic Seats fold easily, opening up to 55.9 cubic feet of cargo space.

We outfitted our HR-V with the EX trim, which adds heated front seats, a seven-inch touchscreen, and a sunroof. It also includes Honda's LaneWatch feature, which shows live video of the passenger side of the vehicle to help change lanes in that direction. Just signal and the feed shows up on the center screen. This isn't new for Honda, but everybody on staff really liked it. 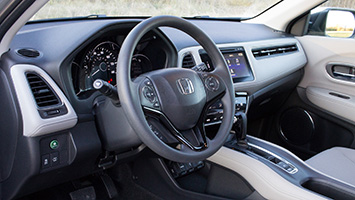 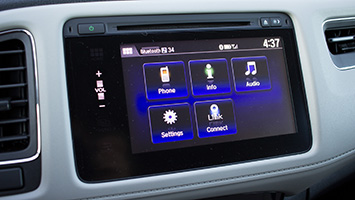 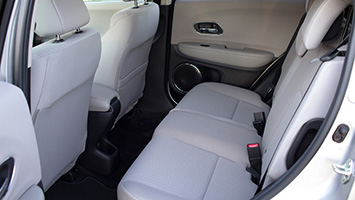 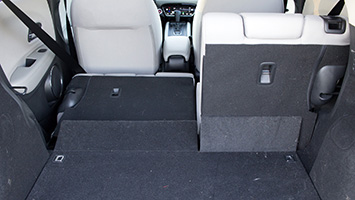 Generally, we were happy with the interior, but the little complaints fostered dissent. One editor praised the hidden USB port, located on the lower level of the center console. Another struggled to find that same USB port. The middle cup holders are oddly sized, but the ones in the door panels hold many water bottles perfectly. Austin called the touchscreen "loathsome," and Morath was put off by the drab monochrome silver and tan color scheme. "Even the splash of blue color from the cluster display just reminded me of an early aughts Dell PC display," he lamented. Many of the interior pieces, like the steering wheel, felt a bit cheap to us.

To be fair, we expected this: The out-the-door price was $24,115, making the HR-V one of the least expensive long-termers we've ever tested. We didn't have a navigation system or satellite radio, and we made do with the cloth seats. We didn't miss the extras. EX is the volume trim and reasonably equips the vehicle. We would just prefer that Honda make the interior more intuitive.

The cabin was also the setting for the HR-V's two significant maintenance issues. The windshield sprung a leak due to a sealing problem. The passenger footwell grew damp and smelly while we searched for the source of the water, but once found it was fixed under warranty after the Honda dealer sent it to a glass specialist. Earlier in the year, the driver's power window kept reversing when we'd use the auto-up function, as if it had sensed something being pinched. It required another fix covered under warranty. 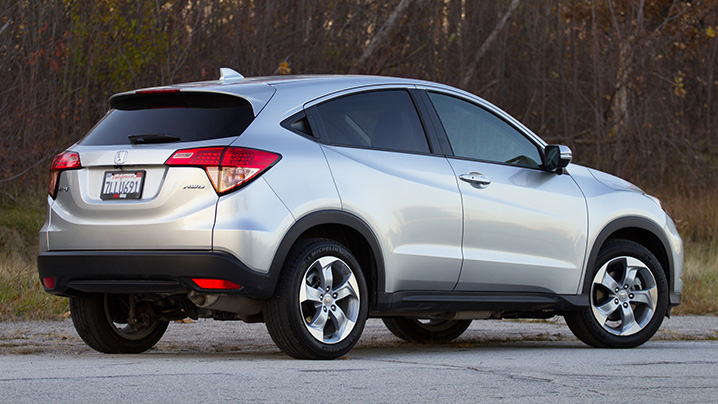 When we weren't fussing over the interior, we enjoyed the HR-V's maneuverability. We could park it anywhere. It steered and stopped well. We could toss it a little bit through tight corners like its sibling, the sharp-reflexed Fit. This came in handy for Marquis, who panic-braked the vehicle to a halt when another driver nodded off at the wheel in front of her. "I was moments away from a serious collision and the trusty HR-V stopped on a dime," Marquis recounted. "The other driver ended up being alright, though her passenger side wheels were chewed up. And I fared just fine, thanks to the HR-V."

Ironically, this occurred on the trusty Honda's last day in the Autoblog fleet. That would have been an infamous ending – not in keeping with the ethos of a largely forgettable vehicle. We were sad to see Hervie go. He was reliable, functional, and pretty nice in many ways. Like many so-so workers, he was also ultimately replaceable.