These are the vehicles we enjoyed the most

There are many different ways to determine what car is "best," such as the most power, the most space, the best fuel economy. But when it boils down to it, the best "best" measurement is how a car makes you feel, if it's the car that you enjoy the most. As such, the members of the Autoblog staff have each picked a vehicle they drove this year that they absolutely loved.

I get it now. Not that I didn't before, but I really and truly get why Porsche and the 911 inspire such deep and rich feelings. I spent three days behind the wheel of a 2017 911 Carrera GTS, and I could have spent another 10 and not had my fill. Everything about this car, from the engine to the transmission to the steering works to reward. The driving position is the end result of roughly 50 years of honing an perfecting. Everything is exactly where it should be, helping the choreography that is driving flow naturally. (Search for Porsches using Autoblog's Car Finder.)

The thrill you get from nailing a corner and getting back onto the power at just the right time is completely and totally intoxicating. The rear end squats as a wave of torque pushes you forward. The steering delivers messages as crisp and alert as a cold winter morning. While I love the feel of a naturally aspirated engine, turbo lag is minimal and the immediate hit of torque just off idle helps make up for it. The engine sings and at full crescendo the exhaust sounds like an orchestra. It’s a truly wonderful car.

I just checked outside, pigs don't appear to be flying. My favorite car of 2017 is a Lexus. The brand of gold ES 350s, the "Signature Spindle Grille," the hateful Remote Touch interface and even my least favorite car I drove in 2017, the GX 460.

Yet, the 2017 LC 500 is a magnificent GT car. I drove it on my favorite mountain road: Athletic, buttoned down, feelsome steering and the glorious sounds from that V8 enticed me to take a second "evaluation" drive. I drove it on a four-hour road trip from Portland, Ore. to Bend: The seats, the ride, the Mark Levinson sound system and the usable trunk helped satisfy the GT requirement of carrying a couple in comfort and style. I drove it around Portland as I would anything else: Its impeccable cabin, surprisingly good visibility and genuinely supple ride quality meant I could easily drive it every day.

I even love the way it looks, which I'm quite certain I have never said about a Lexus. I would absolutely buy one ... even with that hateful Remote Touch.

Like Riswick I became completely enchanted by this gorgeous GT, the 2017 Lexus LC500, and it only took about half an hour driving to do so. The V8 is a silky, mellow engine that's happy to rev and has just the right exhaust note: loud enough to enjoy, but not so much it would wear you out. The steering is quick, the ride is miraculously comfortable.

I'm also completely smitten with this thing inside and out. It's got legitimate concept car looks and details, my favorite of which are the taillights. The looks are enhanced by how amazingly low it sits in person. The seating position is nice and low, too, and it allowed me to stretch out for one of the most comfortable cars I've sat in. That's to say nothing of the swoopy futuristic interior covered in high-quality suede and leather.

It's just a phenomenal machine all around. I sure hope these cars become cheap 10 to 20 years from now.

Can't believe the car I most enjoyed driving this year was a crossover, but a Macan is far more Porsche than crossover. And unlike a 911 or Cayman, which are wonderful to drive but tedious to repeatedly squirm in and out of, a Macan feels easy to live with – right-sized, not hulking, and with 360 horsepower and a smart-shifting PDK seven-speed. It drives like a Porsche should. And everything about it just ... fits. (Compare Porsches for your next purchase.)

And it has buttons. Actual switches and buttons, glorious rows of them, like an airplane cockpit. Touchscreens are the No. 1 consumer complaint about cars. Aren't we fed up with glitches, or with going three or four menus deep to find a function? With the Macan you can develop a mental map of the cockpit, learning switch locations like touch-typing or playing a musical instrument. You can control everything with barely a glance away from the road.

It's ... tactile. There's a satisfaction to pushing a button or engaging a switch that's integral to the greater satisfaction of driving this car. 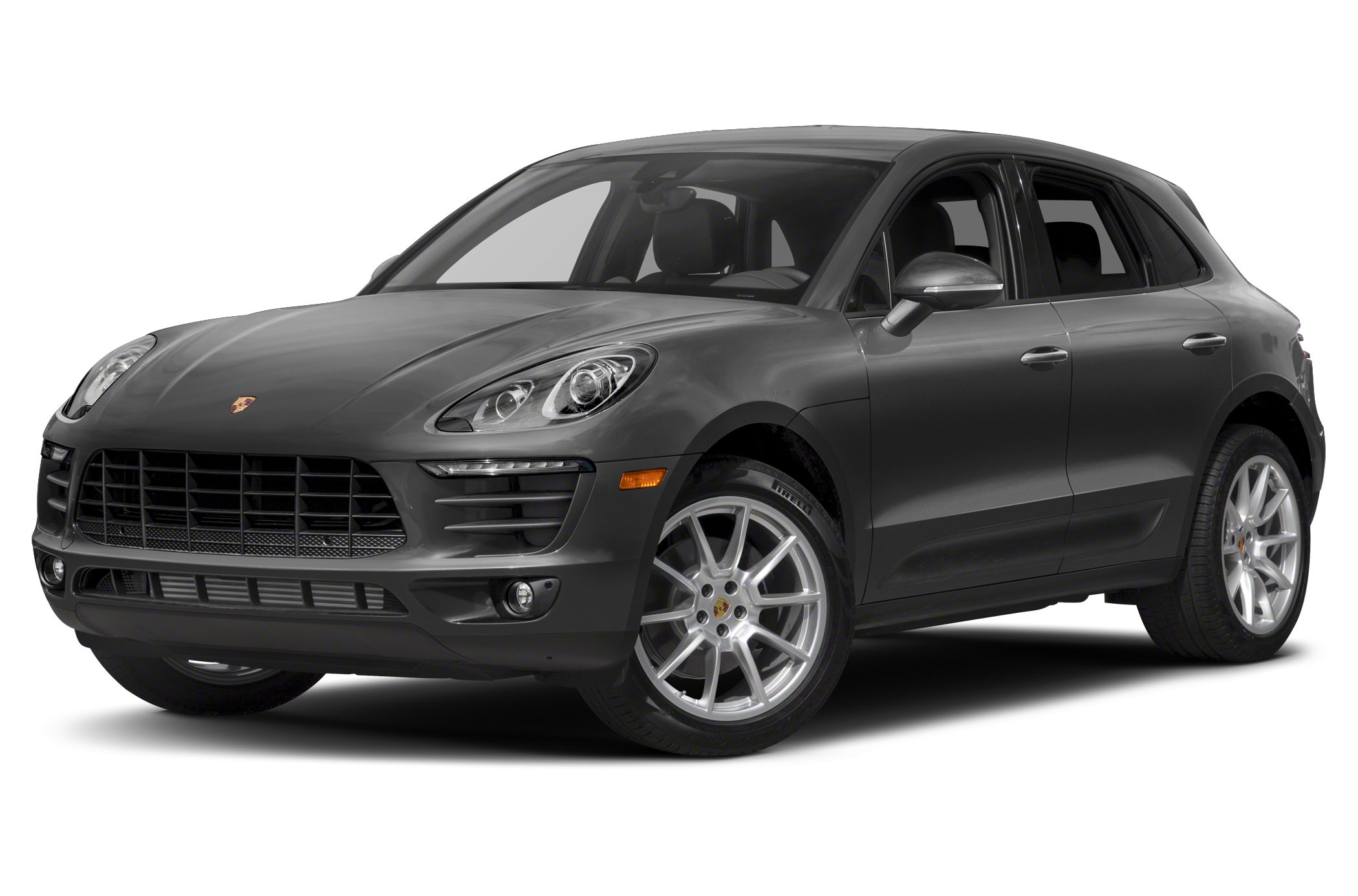 The Aston Martin V12 Vantage S is about the least 2017 vehicle I drove this year. It’s a modern anachronism, made even more so since its replacement was recently revealed. It’s also, easily, the best car I drove all year despite being on death’s door. There’s no exotic turbocharged powerplant or outré acceleration figure that’d make me give up the pure bliss that is an all-natural V12 and a competent manual transmission. The V12 Vantage S is a machine that works for the driver, not the stopwatch.

In 2017, that means more than ever. Turbocharged engines are the norm now, as are electric steering racks and pumped-in, artificial engine noises. All layers separating you from the machinery, in the name of improving the machinery itself. The machines that move me are the ones that have nothing to hide. This Aston has flaws, but more than enough charisma to make up for it. And it sounds like a scale model Merlin engine at takeoff. And there’s a dogleg gearbox. Use ‘em like you’re supposed to, and everything else falls away except you, the road, and a howling V12. If horsepower isn’t a commodity in short supply anymore, I’ll say true engagement is the new ideal. And the Vantage nails it.

Just look at the 2018 Jeep Wrangler. It's a four-door SUV with reasonable room inside, all the modern conveniences you'd expect from a new vehicle – like heated seats and steering wheel, 8.4-inch Uconnect infotainment, and a backup camera – and you can drive it every day without feeling like you made a compromise.

Or, you can revel in the open air, removing the top, all four doors, and folding down the windshield, and point it in the direction of your nearest mountain or coastline. Heck, you can do both in the same day. It's up to you, and that's the beauty of the new 2018 Jeep Wrangler.

Consider the 2.0-liter turbocharged four-cylinder if you don't mind an automatic, or stick with the tried-and-true 3.6-liter V6 if you want a six-speed manual. And then have fun. Lots and lots of fun.

See Local Deals
Like Reese, I also absolutely loved the Porsche 911 GTS, but the 10-cylinder Audi R8 made my heart race just as much, and surprised me more. This was the first time I had driven Audi's supercar with anything but the gated manual transmission of the previous generation, and I found the dual-clutch setup to be a great match to for this slick roadster. The most thrilling part is the combination of organ-juggling acceleration and the incredible wail of the engine. With the high-revving motor working directly behind you, the sound is addictive as filtered through the soft top in the rain. 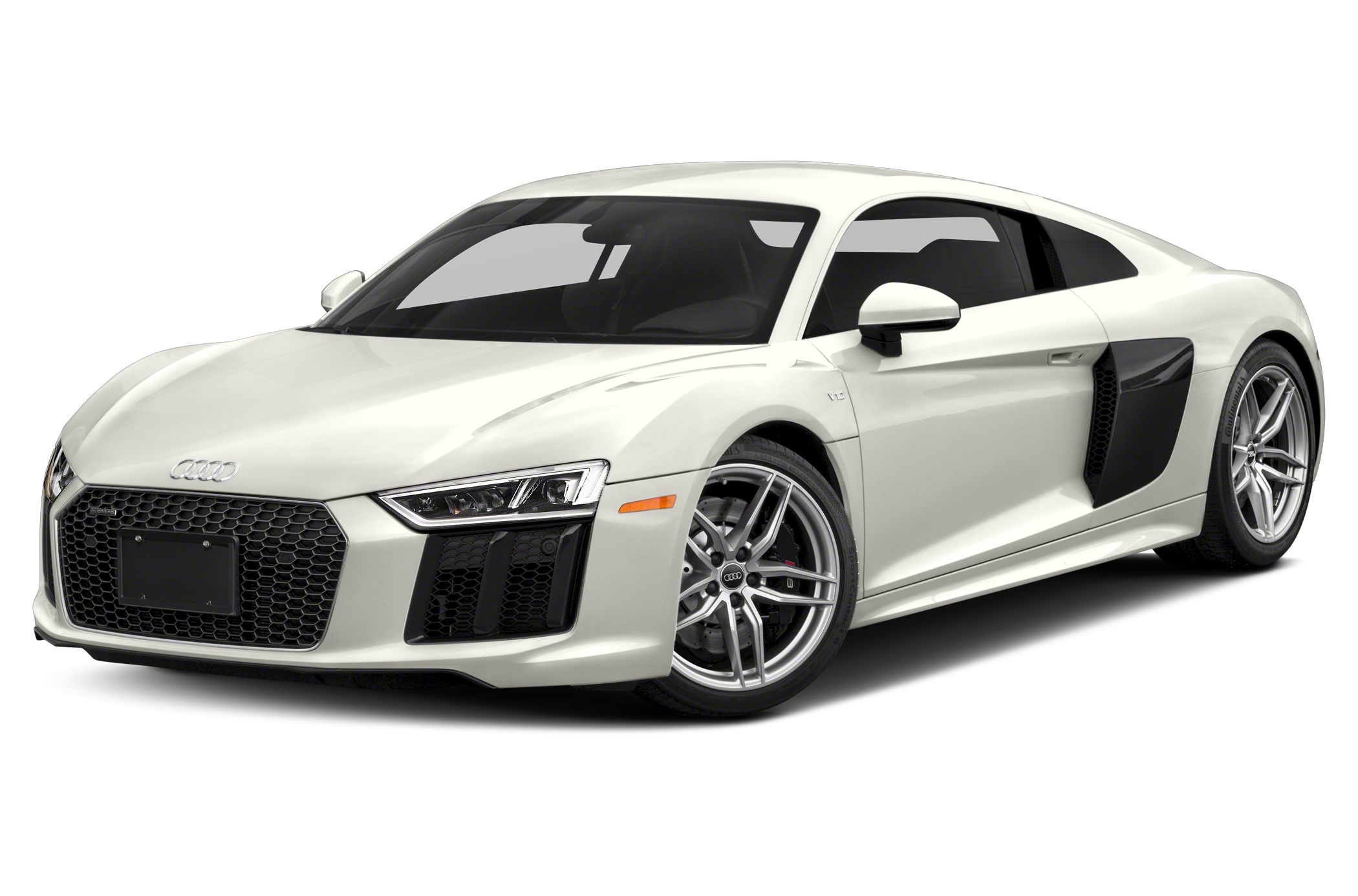 The Ford GT was the best car I drove in 2017, hands-down. It's powerful (647 hp), imposing, sophisticated and it lives up to the legacy of its legendary predecessors. I woke up multiple times the night before the drive in anticipation. The scene when we arrived at the track, with fog and mist further harshing the cold of the Utah morning, only added the the adrenaline. It was like being in a movie. Sure, it's expensive and limited, and John Cena is an idiot for selling  his, but this is easily the best car I drove this year.

Our favorite, and least favorite, cars we drove in 2017

Autoblog editor-in-chief Greg Migliore sat down with Yahoo Finance to discuss our favorite, and least favorite, drives of 2017.