The next-generation Ford Ranger Raptor has been caught by one of our spy photographers, and these shots give us our best look yet at the off-road pickup. That's thanks to the relatively mild camouflage draped over what looks like near-production body work. Not only that, but we get to see it out testing with the Bronco Warthog, which is great for comparison purposes, but also suggests that the two trucks may share a fair bit in common.

It's quite obvious that this is the Ranger Raptor as the trademark "FORD" grille shows through the camouflage. It's hard to make out much besides that other than the C-shaped headlights and more upright and broad-shouldered shape. It does bear resemblance to the Ranger photo leak from last February. We can also see a big and burly skidplate starting right at the bumper and wrapping down around the front subframe.

Thanks to the high ride height and chunky tires, we can also see a fair bit of the Ranger Raptor's suspension. At the front is the expected independent layout, but with very beefy control arms. They look quite a bit like those on the Bronco Warthog that's tagging along. Not only that, but the rear live axle bears some similarities, too. Of particular note are the big trailing arms that connect to the rear axle. They suggest that the Ranger Raptor will be using a coil spring suspension design like the Bronco. Like the Bronco, it will likely feature a panhard rod for lateral placement and movement. There's a good chance the electronically adjustable Fox shocks from the F-150 Raptor will appear on both the Ranger Raptor and Bronco Warthog. Where the two trucks clearly differ, though, is in the track. The Bronco looks substantially wider than the Ranger.

Something else worth noting is that our spy photographer said both trucks had very similar exhaust notes. Rumor has it that the Ranger Raptor would use a high-output 2.7-liter turbocharged V6 like the Bronco Warthog, and this report supports that. It also makes sense if the trucks already share much of their chassis and suspension. That engine exhausts through dual pipes fitted close to the rear bumper.

We're expecting the next-generation Ford Ranger to be revealed sometime next year in time for the 2023 model year. High performance versions of Ford's trucks tend to come out a little later, as will be the case with the F-150 Raptor and the Bronco Warthog. But if the Ranger Raptor is this far along in development, possibly because of the Bronco being developed with similar parts, it could make its debut alongside the garden-variety Rangers. 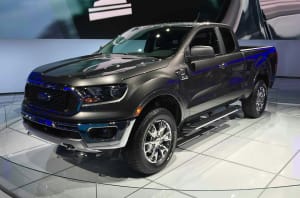 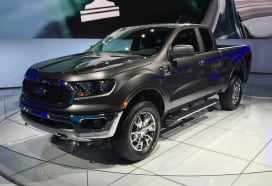 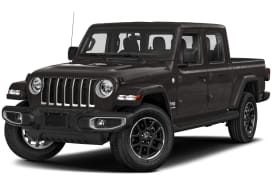