Has the 2022 Ford Ranger been leaked?

Mystery truck spied in a Melbourne suburb has everyone scratching heads

Jonathon Ramsey
No one is certain what this truck is. The oddsmakers say it's the next-generation Ford Ranger, which isn't due until 2021 or 2022. Someone sent the front three-quarter image and a shot of the rear to Australia's Wheels magazine, and a rear image. The mag said the photographer caught the pickup "in an outer Melbourne suburb," yet even they aren't sure what we're dealing with. To them, it's either a Ranger or a competitor hijacking a bunch of Ford truck cues.

Before we get into that, there are a few odd things about the front image. The background's been darkened, most likely to prevent location identification. However, there's an image of a sign reflected on the hood, which we're sure Ford will get its CSI "Enhance" team to scrutinize. There's also a wheel dolly under the right front wheel and a couple of pallets in the background. The image's overall shiny texture makes us think there's been some other post-processing work done. There's no outside mirror on the front door, but there is a shark fin antenna on the roof. As far as we can tell, Ford trucks including the Ranger have used whip antennas. Depending on options, the 2020 Ford Explorer adopts the shark fin, though.

With that out of the way, there are plenty of Ford-inspired cues including the round chrome element in the center of the grille bars behind the black square. The twin crossbars could be stylized versions of the twin bars on the current F-150 XLT; compare the above grille to that on Tuscany's aftermarket F-150 Harley-Davidson package. The C-shaped elements at the front edges could house LED lights, a Ford pickup signature. Ford is the only pickup maker left of the Big Three to use square fog lights. And the rear bumper and wheels could have been pulled from the present Ranger.

Were this the new midsize pickup, the burlier front end might have to do with the new design team. The current T6 Ranger was designed and developed in Australia. The next-gen model will spring from American pens.

The blacked-out windows lead Wheels to muse whether this is a clay model of the coming Ranger making its way to Ford Australia. There are odd reflections there, too. The windshield reflects what looks like a roof and an overhead light, the pattern extending into the roof. The side windows look like a truck parked outside. And we've no idea what's happening with the bodywork behind the rear wheel. But check out that recessed step in the rear bumper.

We know something new is coming. Road & Track reported the next-gen Ranger is codenamed P703, and will bring a Ranger Raptor to North America with it. Said to arrive in 2022, that's the same year that Ford will tie up with Volkswagen on pickups, and the next Amarok starts to ride on Ranger underpinnings. We'll see if this mystery gets solved before then. 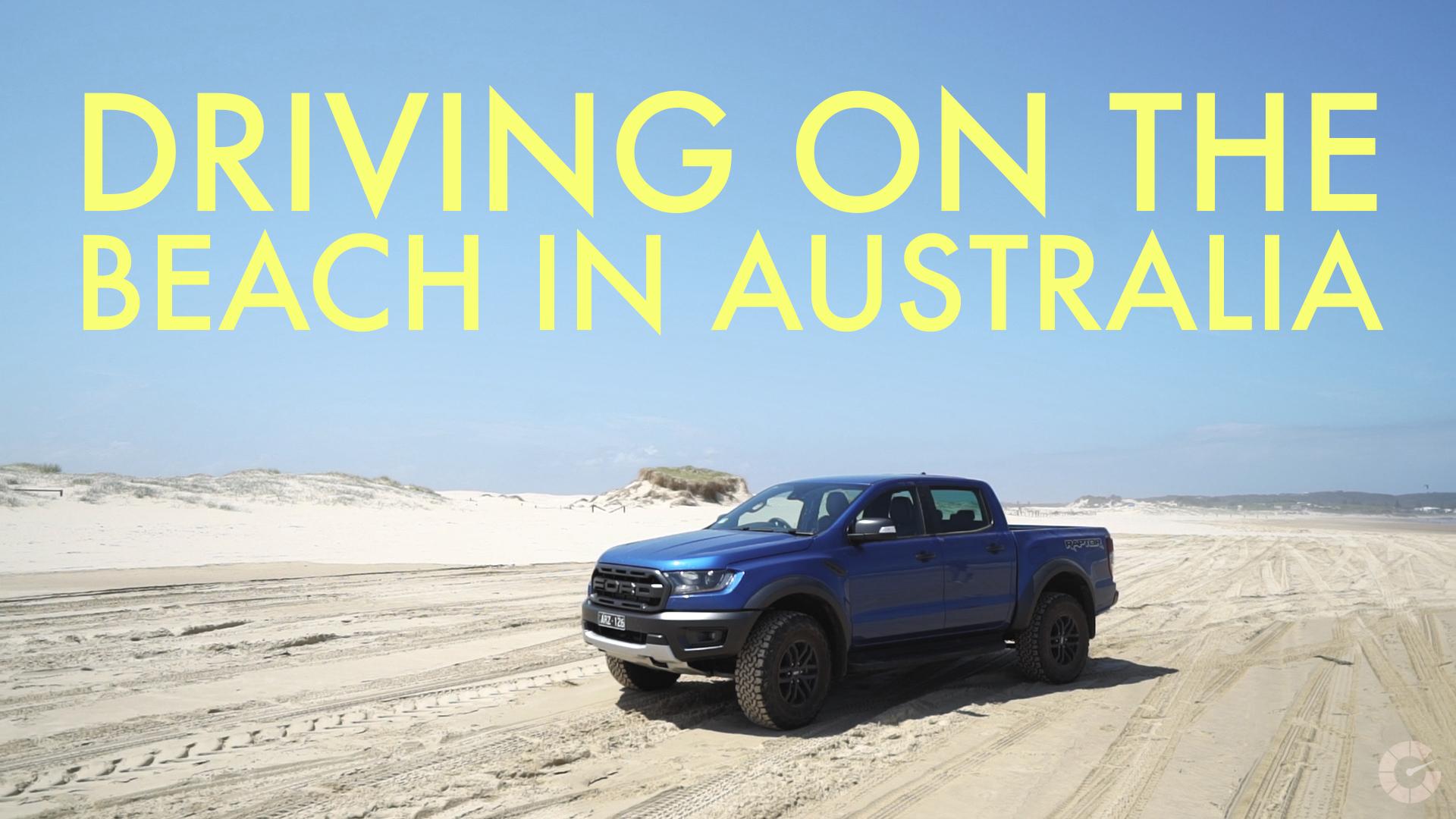