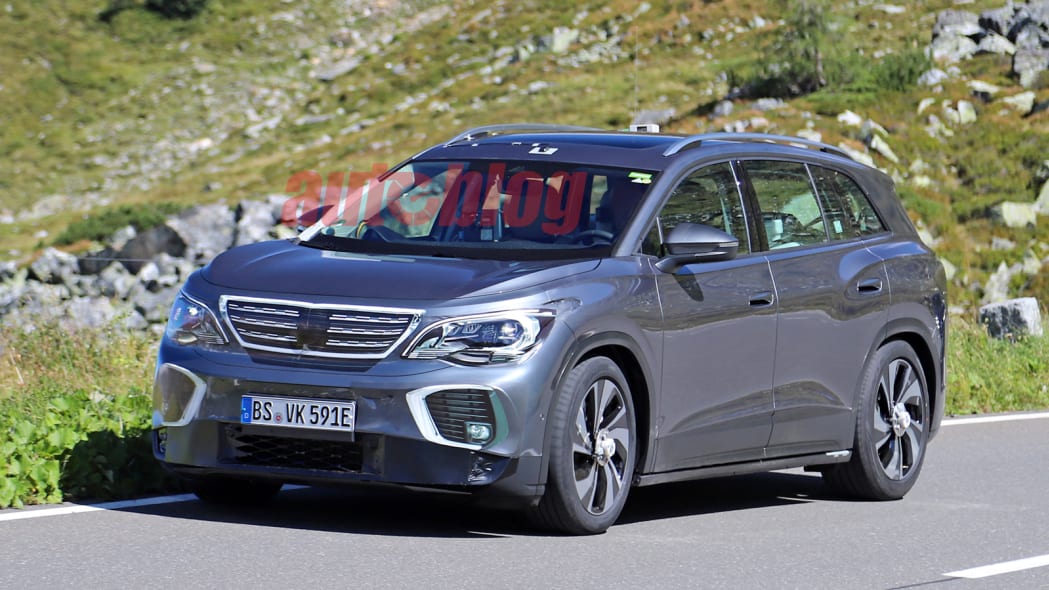 With the recent launch of the Volkswagen ID.3 and the imminent reveal of the ID.4, VW's electric strategy is building momentum. That momentum will continue with the even bigger electric crossover shown in the spy photos above. It's the production version of the ID. Roomzz concept, and will likely be called the ID.6. And like the other ID. models shown so far, it looks very similar to the concept.

Overall, the ID.6 features a similar shape to the 4 and the Roomzz, with loads of curves and exaggerated bulges over the fenders. It also has a fair bit of plastic body cladding like those two crossovers to give it a rugged look. Along the sides, it also helps conceal the true height of the body panels and keep it from looking to thick or heavy.

There are areas where the production model differs from the concept. The most obvious is the lack of sliding doors. The ID.6 will get four conventional doors like most crossovers. It does have some unique flush-fitting door handles like the ID.4. The roofline looks a bit more upright than the Roomzz concept's, and the rear pillar is thicker. These are probably concessions to practicality and chassis strength.

Although these photos give us a fairly clear look at the ID.6, VW did do a good job of hiding the front and rear fascias, with the front amusingly featuring a fake grille. But based on all the ID. concepts and production models, we're expecting a very minimal grille, likely featuring full-width LED running lights. Full-width taillights will probably appear on the rear.

We should see the ID.6 fully revealed sometime next year. It will be built on the MEB platform and, like the concept, should be available with a rear-motor and rear-wheel drive, or with dual motors and all-wheel drive. The concept made 302 horsepower and had a range of 280 miles from an 82-kWh battery pack. Those numbers seem likely for the ID.6.

VW only officially announced plans for releasing it in China, but it would seem like a smart choice for the U.S., especially since the only company offering a three-row electric crossover in the States right now is Tesla. A more affordable large EV would seem a unique and appealing proposition. It would also be a great companion to the ID.4.