And you still can! This one (including the trailer) is for auction on eBay

Like many car enthusiasts, we at Autoblog have a tendency to spend our free time browsing online car listings for unusual vehicles. One of our editors' latest finds is this 1997 Plymouth Prowler with less than 300 miles on the clock. And as we looked at it and discussed it in our work chat room, we were reminded just how cool the Prowler was. It was one of the rare automobiles to go from concept to reality almost unchanged. It was even more remarkable Chrysler pulled it off considering its open wheels, aluminum chassis and dramatic body work.

The 1997 model year was the very first for the Prowler, and it was only offered in the metallic purple that the show car wore. That show car made its debut in Detroit in 1993. You can see it in the photo above. Besides some tweaked bumpers and reworked headlights, they're hard to tell apart. The Prowler, inspired by hot rods like custom 1932 Fords, helped kick off the retro craze of the late 1990s and early 2000s, leading to Chrysler's own PT Cruiser and other vehicles such as the VW New Beetle, BMW-built Mini Cooper and Ford Thunderbird. 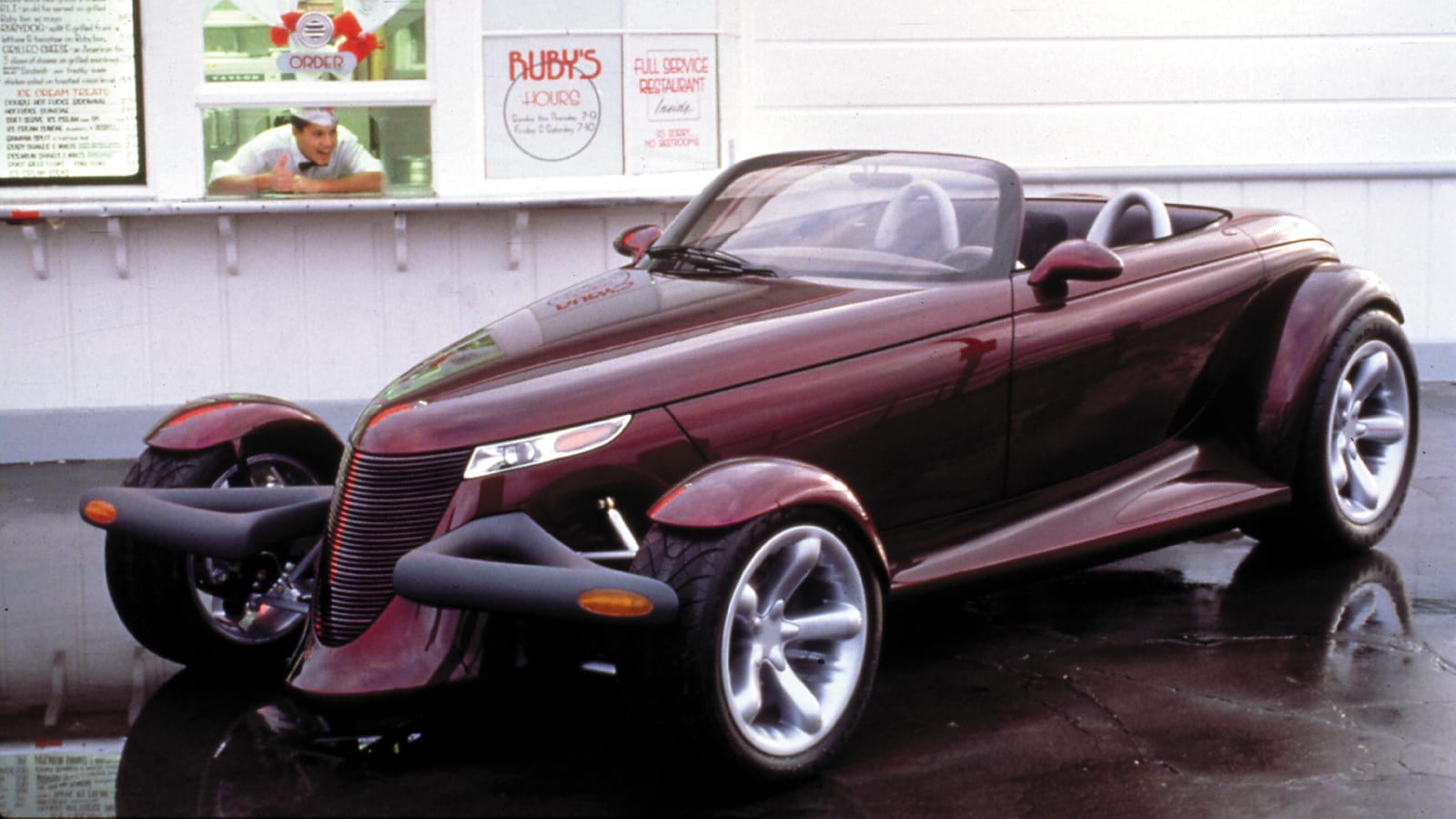 The production car boasted some impressive technology, but it also had a number of drawbacks. It featured an aluminum chassis, and it had a rear-mounted transmission connected to the engine via a torque tube similar to the contemporary C5 Corvette. On the flip side, this hot rod-inspired roadster ended up with a 3.5-liter V6 making 214 horsepower, rather than a rumbly V8. This was because there wasn't room in the narrow nose for a V8. It was also saddled with a four-speed automatic, the only available transmission. The interior, while having cool hot rod touches like the body-color instrument panel, AutoMeter tachometer on the steering column and stylish hoops on the seats, was plasticky and sourced heavily from the Chrysler parts bin. These were issues on a car that cost the equivalent of nearly $60,000 in today's money.

Chrysler did make efforts to improve the Prowler over time. The most significant improvement was the introduction of a high-output V6 for 1999 making 253 horsepower, which actually resulted in acceleration appropriate for a performance car at the time. Then again, it still had that four-speed automatic. Plymouth also offered the car in a variety of colors and some special editions with two-tone paint. 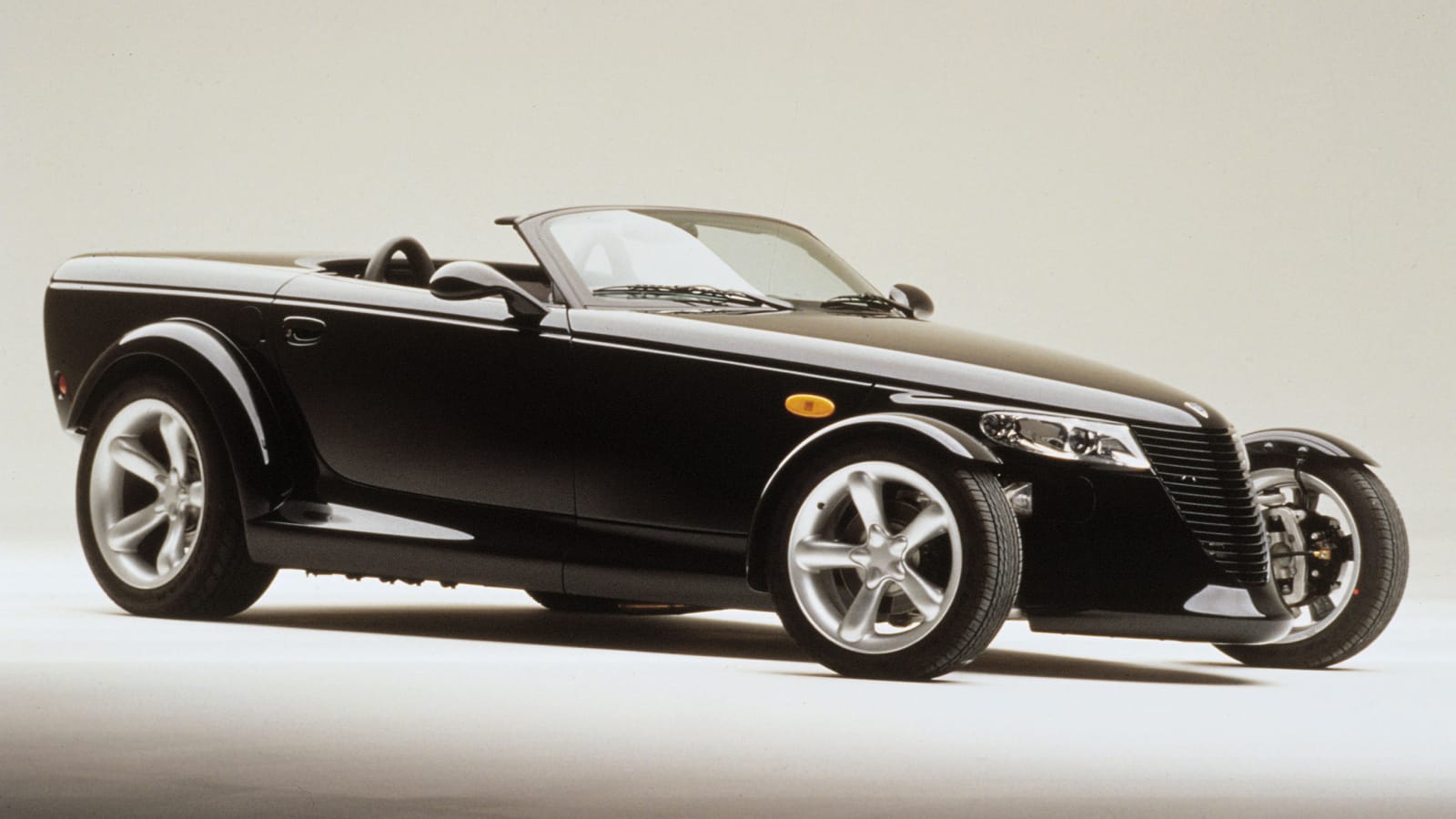 The one sad thing about the Prowler is that Chrysler recognized some of the shortcomings of the car, and it even built a show car that fixed the issues. It was the Plymouth Howler. It had a 4.7-liter V8 that, while no more powerful than the V6, did have the right sound. It also had a five-speed manual transmission. At the back, the trunk was elongated and given a more vertical finish. It had a hatch and tailgate, and gave the car loads of cargo space. Sadly, it never went into production.

Complicated legacy aside, the Prowler is a design icon that has never been replicated since its release. As such, it's unquestionably a collectible car, and this low-mileage example at Sunnyside Chevrolet in Elyria, Ohio, is likely one of the nicest examples you'll ever find. It has just 245 miles on it, and you can tell. The interior is spotless, as is the underside of the car. The tires look like they've seen more tire shine than pavement. And amazingly, it has the factory trailer. And that's something you'll want, because the Prowler has a nearly useless trunk as a result of its shape, even more so when the top is down. And while its price of $49,500 is steep, it is less than the car would have cost new when adjusted for inflation. 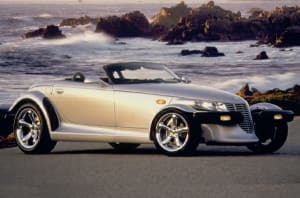