A factory-hot-rod turbocharged Volvo sedan, now in a Denver graveyard When I hit wrecking yards around the United States (and in Sweden) in search of discarded examples of automotive history, I'm always on the lookout for interesting Volvos. I have documented plenty of doomed Amazons, 140s, 200s, and 700s over the years, but my (admittedly irrational) preference for brick-shaped rear-wheel-drive Volvos has resulted in my camera staying down when I pass junked examples of the first front-drive Volvo to be sold on these shores: the 850. Just as I am now trying to include more late-20th-century BMWs in this series, I decided to photograph the first non-boring 850 I found on my next junkyard visit. That turned out to be this car, which appeared in a Denver yard after 23 years of service. 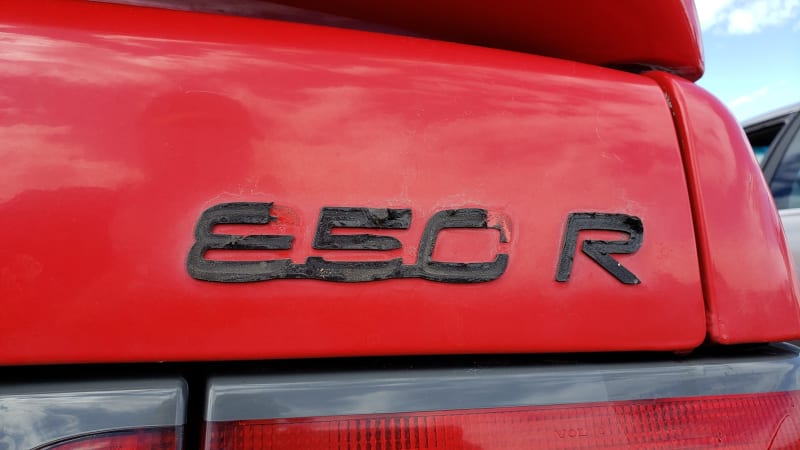 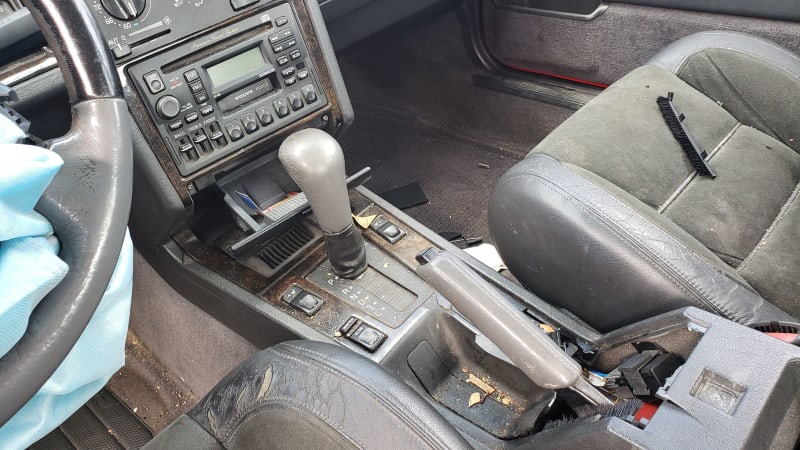 As is so often the case with fast 1990s Audis and BMWs in the United States, the original purchaser of this car gave the thumbs-down to a manual transmission and opted for the two-pedal version. 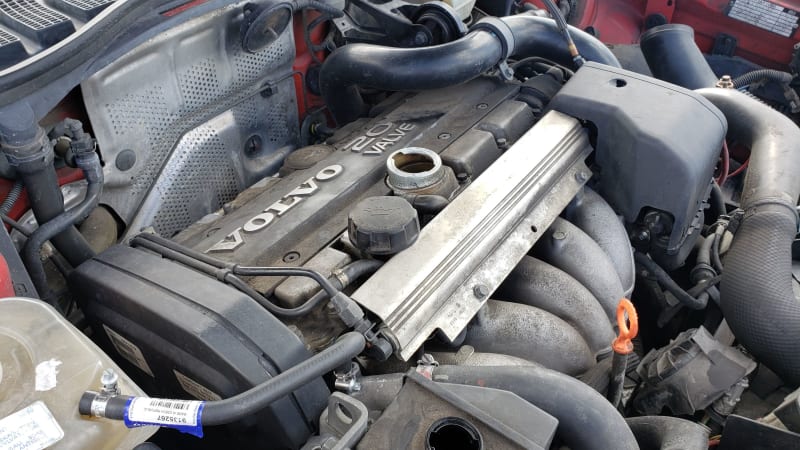 Still, with 240 turbocharged horses out of this 2.3-liter five-banger, this car would have been plenty of front-tire-shredding fun for its era. 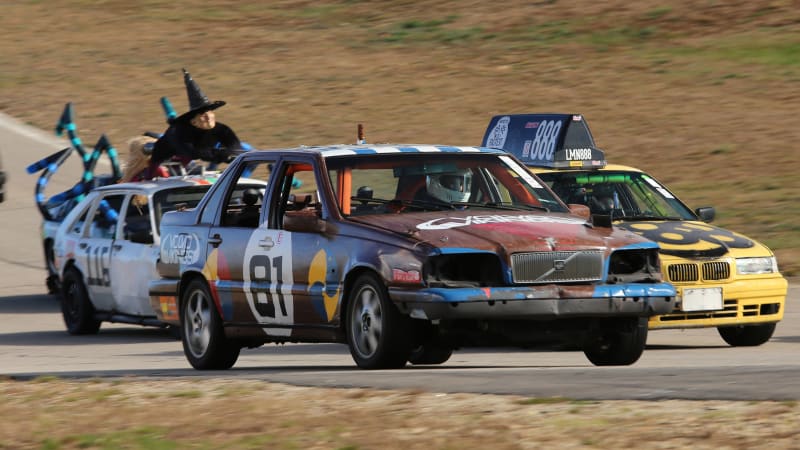 In my role as wise and fair Chief Justice of the 24 Hours of Lemons Supreme Court, I've seen quite a few members of the Volvo 850 family going 10/10ths on road courses. They're decently quick, if well-driven, but they tend to break hubs, axles, and transmissions. Then the naturally-aspirated 240s chug past them in the standings, yet more examples of why it's sometimes smarter to bet on the tortoise against the hare. 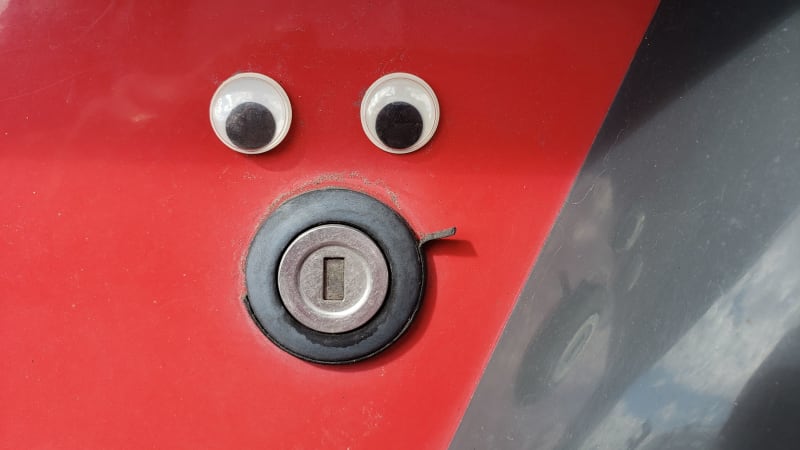 This one got some personalization before the front-end fender-bender took it off the road. 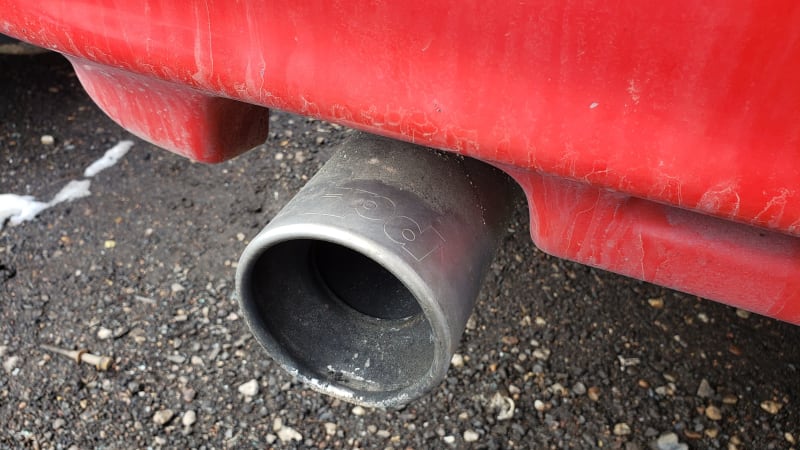 The IPD exhaust tip shows that at least one former owner felt like a Swedish drag racer. 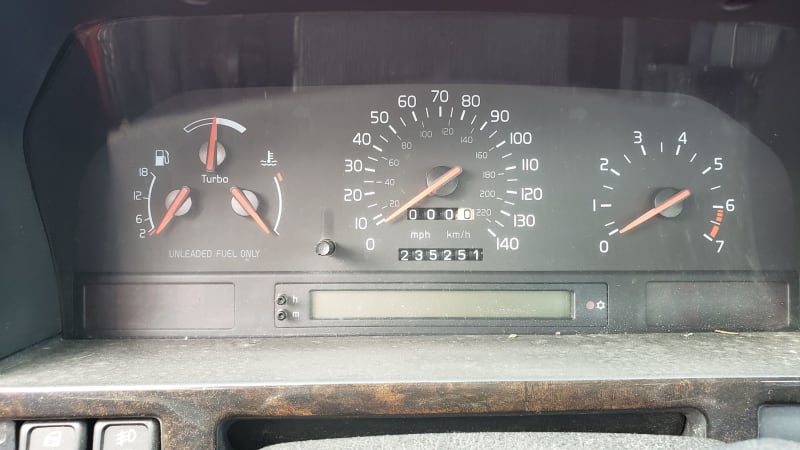 With 235,251 miles on the clock, the not-so-bad body damage just wasn't worth repairing after the crash. Still, it drove to the wreck, so perhaps someone will rescue some mechanical bits for another 850.

I can't quite figure out what's going on in this commercial, but that 850R sure is fast!