I have reached the point in this series when I need to fill in some blank spots in junkyard automotive history. In this case, I have been remiss in documenting discarded BMW 5 Series and 7 Series cars. So, to follow up the 1998 E39 528i we saw recently, we've got this 1998 E38 740iL in the very same Northern California yard. Who knows, the two arkitssilber-metallic 1998 Bavarians may have sat side-by-side in the very same dealership, more than two decades ago. 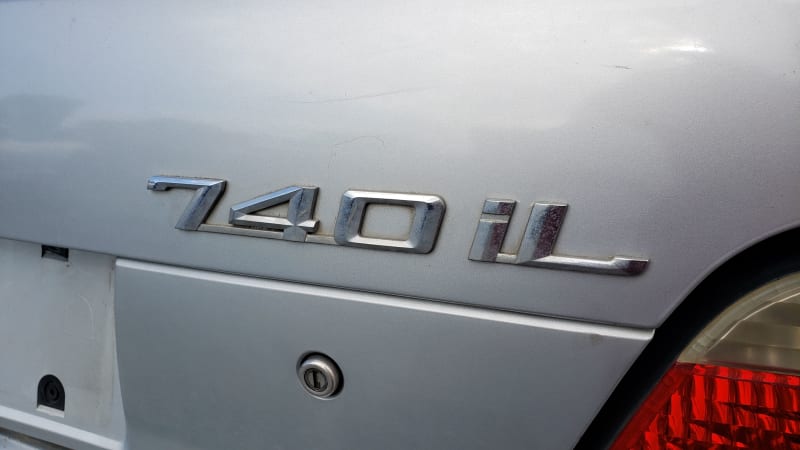 Well-heeled North Americans — of which there were many in 1998 Northern California, thanks to the soon-to-pop Dot-Com Bubble — could choose from three 7 Series models that model year: the short-wheelbase V8-powered 740i, the long-wheelbase V8-powered 740iL, and the long-wheelbase, V12-powered 750iL that Pierce Brosnan famously drove as James Bond in 1997. We're looking at the 740iL car here. 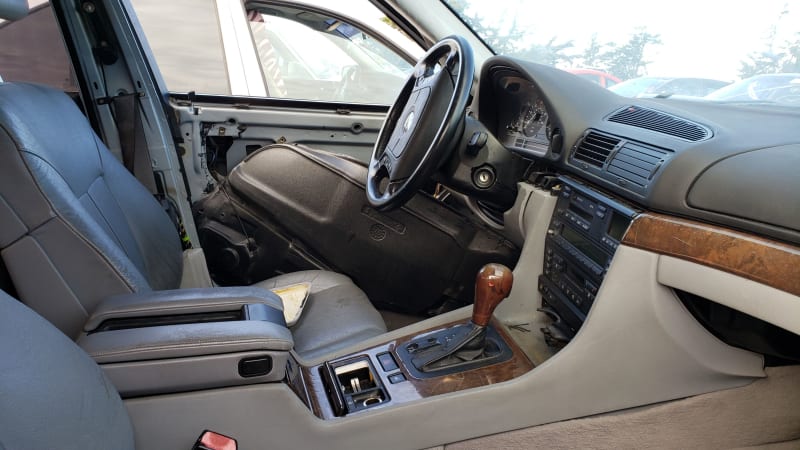 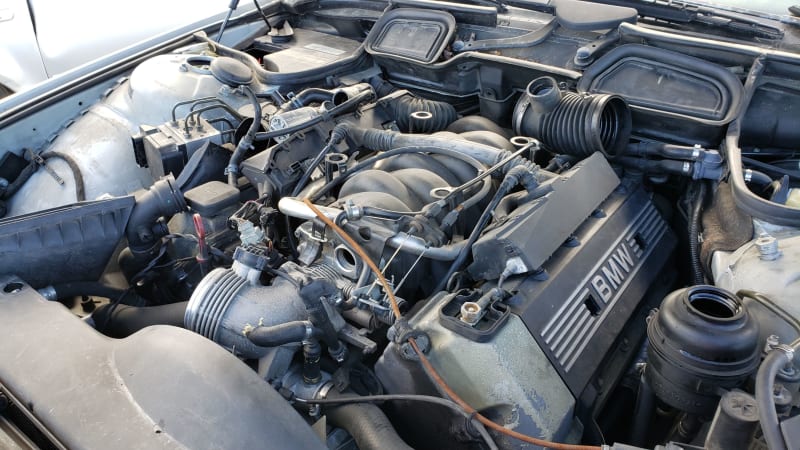 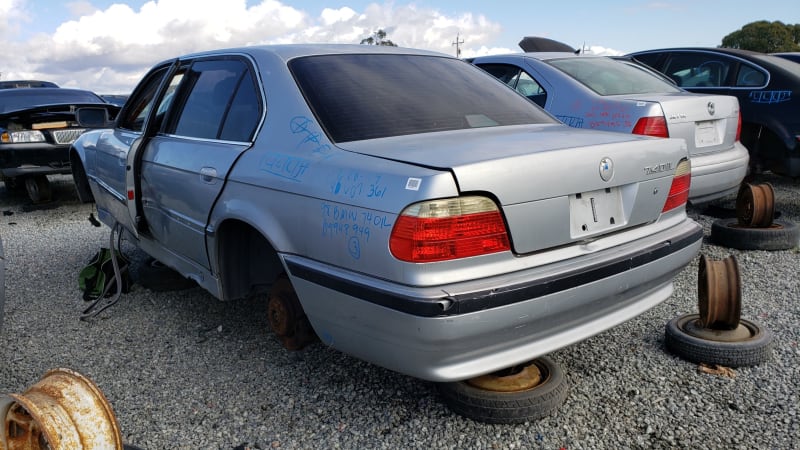 All that sounds great, and this car looks to have been in decent condition when it got thrown away at age 21. What gives? Well, technologically-advanced European luxury iron depends on attentive owners doing all maintenance when needed, and the third and later owners of older swankmobiles tend to cut corners in that department. Something that will cost $1,100 to fix correctly goes bad and that's all she wrote for a car like this one. I see A8s (and even S8s), S-Classes, even much newer 7 Series cars in the big U-Wrench-It yards all the time.

The German-market TV commercials for the E38 were full of futuristic imagery and special effects.

Over here, the same cars got much less inspiring promotion on the small screen.