We find out with two popular crossovers So, you want to buy a three-row crossover. Before plunking down $40,000 on a new sport utility vehicle, might we dissuade you with the prospect of minivan ownership? The Pacifica Hybrid, perhaps ... no? Fine.

Good thing crossovers (especially the Telluride and comparable Palisade) are so nice to drive these days. We’ll assume you want the big three-row crossover, as you intend to seat folks in all three rows. Unfortunately, raising that third row reduces the luggage area from cavernous to crawl space. It’s rather devastating from a pure numbers perspective to the two models we have today. The 2019 Buick Enclave goes from a monstrous 58 cubic-feet with the second-row in place down to 23.6 cubic-feet (which along with the nearly identical 2020 Chevrolet Traverse is still best-in-class). Meanwhile, the 2020 Kia Telluride takes a similar hit, going from 46 cubic-feet down to 21 cubic-feet.

Just looking at the numbers, it would seem that the Enclave’s big advantage all but disappears with the third row up, boasting just 2.6 cubic-feet of storage more than the Telluride. But as West Coast Editor James Riswick has discovered in the numerous luggage tests he's conducted, the numbers don't always tell the whole story. Let's see how the Enclave and Telluride compare when you actually put things inside. 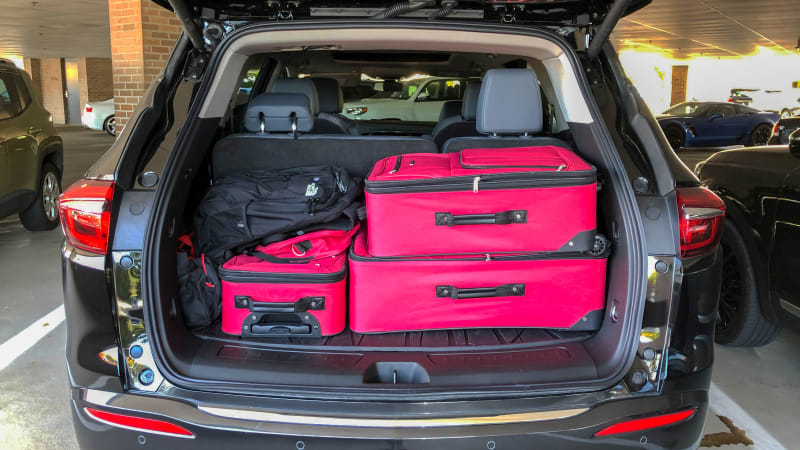 Boom. The Enclave swallows all of the test luggage we have for it without any fuss. The distance between the back of the seats to the hatch opening is enough to fit our full-size suitcase horizontally, making it easy to stack every other bag around it. It even fits below the seatbacks, so the driver will have an uninhibited view out the rear of the vehicle. 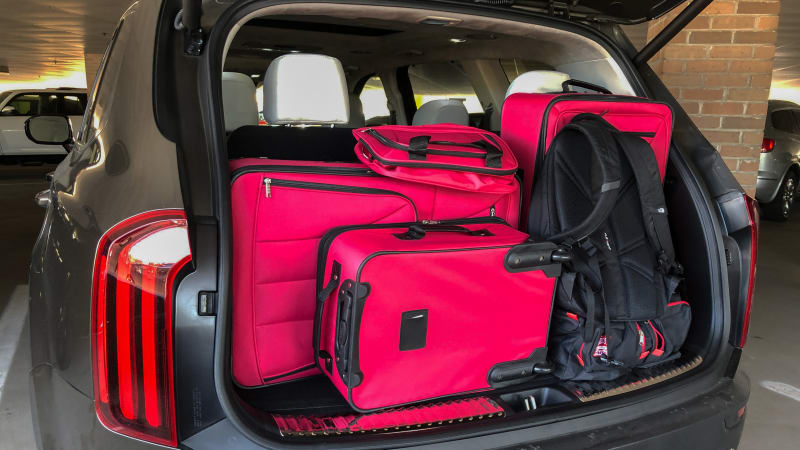 The loss of 2.6 cubic-feet of space was indeed felt much harder than what it looks like on paper. We knew we were in trouble when the 28-inch suitcase didn’t fit along the floor as it did so neatly in the Enclave. We were forced to stack it up next to the rear seats, which left it sitting rather tall back there. As a result, the other suitcases didn’t have a neat or convenient place to go. After squeezing it all in as geometrically sound as we could, a couple pieces of baggage hung out over the edge. The hatch would not close. This amount of luggage wouldn’t work if all three rows of seats were needed. So as it stands, the Enclave (and Chevy Traverse) is the big winner if you need all three rows and extra cargo room.

We’re not exactly surprised by the winner, but the margin of victory was a bit shocking. Even though it only has a 2.6 cubic-foot advantage, the Buick still has loads more space to put stuff than what we squeezed in behind the third row. Enclave owners could fit at least one more 19-inch suitcase and more into the cargo hold before it starts to hinder rear visibility. The luggage was already beginning to intrude on the rearward view in the Telluride with the items packed as they were. Of course, you can always lay down part of, or the whole third row and be left with loads of space in both SUVs. We decided to stick with third row packing for this test, though. 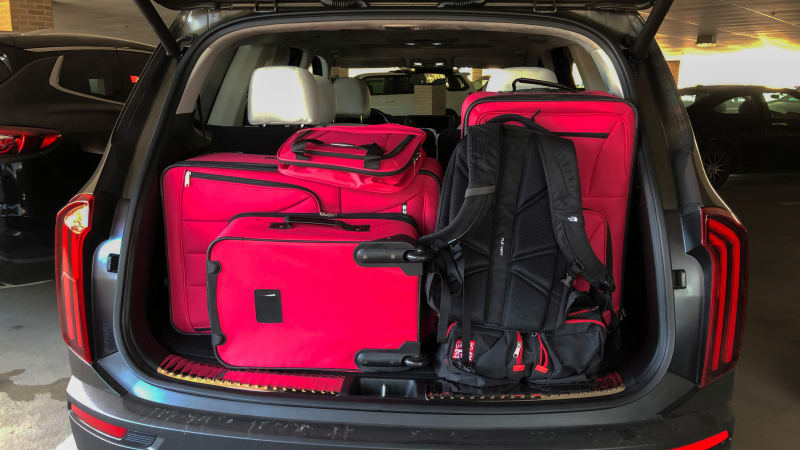 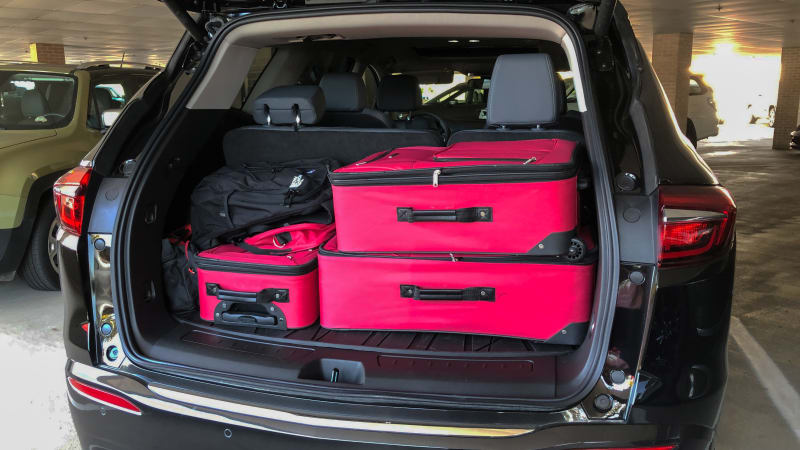 While the Enclave aces the Telluride in this test, it's important to note that the big Kia actually has one of the largest areas aft of the third-row among crossovers. The Buick and its Chevy sibling are just that much bigger than the field, and the gap would likely be even greater had we done this test with a 2020 Honda Pilot or 2020 Toyota Highlander. This is the result of exterior dimensions that dwarf everything else (the Enclave is 204.3 inches long), which also translates into relatively palatial third-row space for passengers.

So the Buick gets the nod in this test, but the Telluride’s styling, on-road manners and interior design still make us want to live in the Kia more. Plus, as we noted just above, it's still plenty big. And if ultimate cargo capacity is what you really want, let us direct you back to the start of this article: That’s right, you need a minivan. 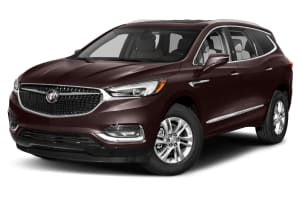