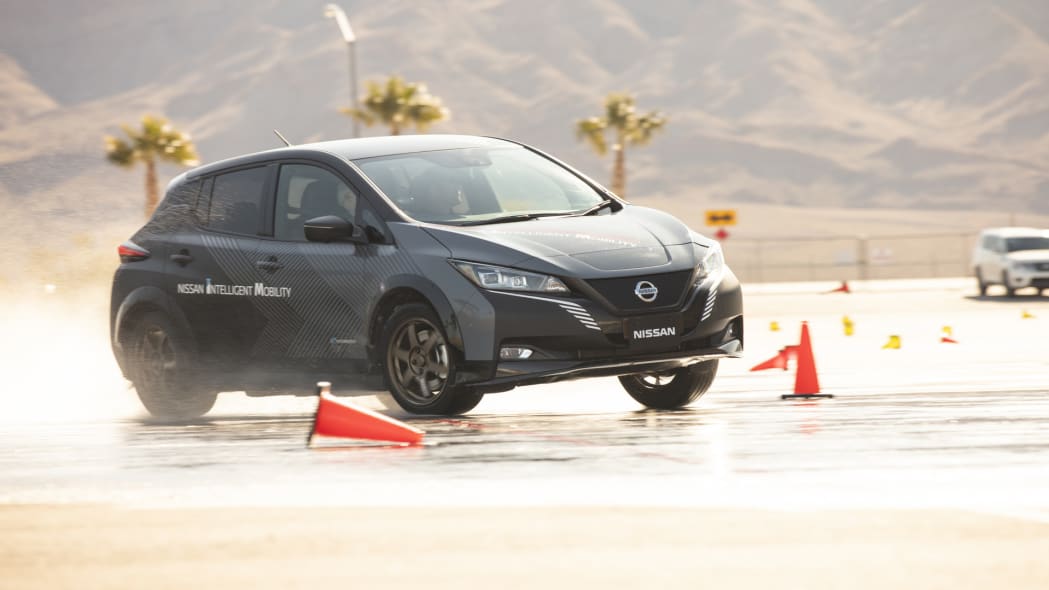 Careening around a water-slicked skidpad, a tight slalom course, and a flat-out acceleration run at Las Vegas International Speedway in the new Nissan e-4ORCE twin-motor prototype, I get the distinct sensation that this vehicle, despite significant touting of efficiency and ride smoothness by the Nissan engineers on hand, is actually being designed with performance in mind.

This may seem antithetical in some ways to the current positioning of the company. If you were to ask us about what Nissan stands for, we’d be likely to describe value pricing, well-selling (if somewhat anodyne) crossovers, the scandalous flight from justice by their former CEO, and a focus on affordable electric vehicles.

But, beneath all of this, Nissan is actively working on shifting consumer perceptions, returning the brand to its heyday of performance innovation — an era that lasted roughly from the introduction of the first Skyline GTR in the late 1960s, through the 510s and Z-Cars of the '70s, the Maximas (and Z-Cars) of the '80s and '90s, and seems to have pretty much terminated after the introduction of the current GT-R 12 years ago. But since the future is electric, it seems like this very well might mean making its electric cars perform. 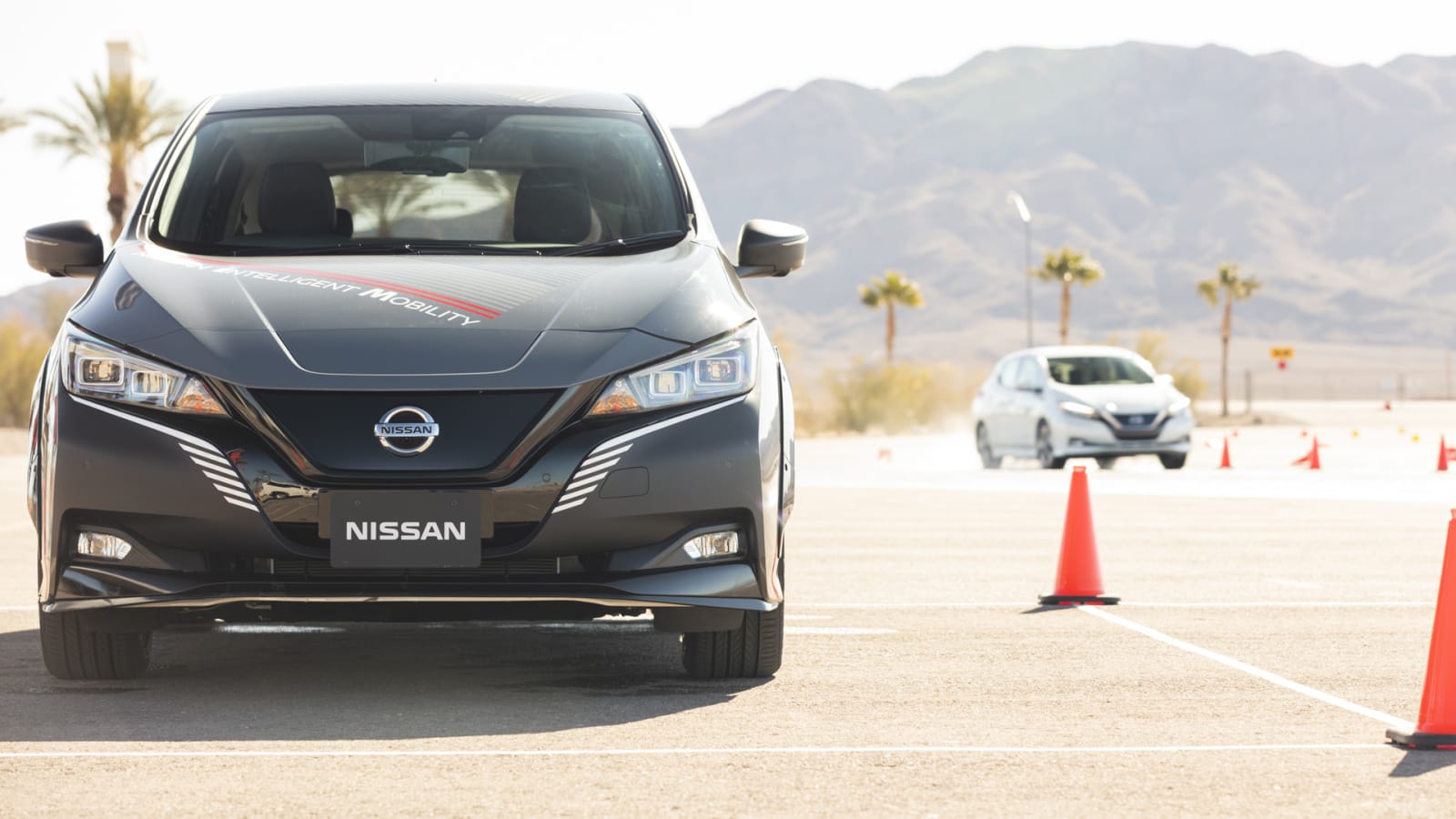 “The idea is here is to demonstrate the application of this technology to consistent driving,” said Jonathon Ratliff, the brand’s senior manager of zero emission tech deployment, as we sit trackside in the Las Vegas sunlight following our time behind the wheel of the geometrically-patterned, grey-on-black, right-hand-drive, Japanese Domestic Market-spec, e-4ORCE prototype.  “But this test car shows that we could achieve very high performance with this system, and the potential for performance benefits in terms of greater acceleration and grip.”

As Ratliff suggests, the same technologies that make the car fun to drive, also make it sure-footed and even-keeled. These features include new motor control systems for smoother power application, and a new regenerative rear braking system, which, coupled with the front one, allows for smoother slowdowns. There's also a four-wheel, brake-based torque vectoring system for maximizing traction on curves and in challenging weather conditions.

Obviously, all-wheel electric powertrains can already be found in more expensive electric vehicles from Tesla, Jaguar, Audi and Mercedes. But affordable manufacturers like Hyundai, Kia, Chevrolet and others have thus far foregone twin-motor AWD systems, to limit cost and complexity. This vehicle seems to represent Nissan’s potential efforts to offer this up-market and desirable system to consumers, in a smoother fashion, and perhaps even at a lower price point.

“The biggest aspect of this is being able to move torque from front to rear, and control it at the individual wheels. And, yes, other higher-end OEMs are implementing these systems, and without naming names, those were the companies whose products we were benchmarking,” said Ratliff. “But the control mechanism we have is more robust, which leads to quicker response time, smoother responses through curves, and quicker sensing, reaction, and control of the electric motors.” 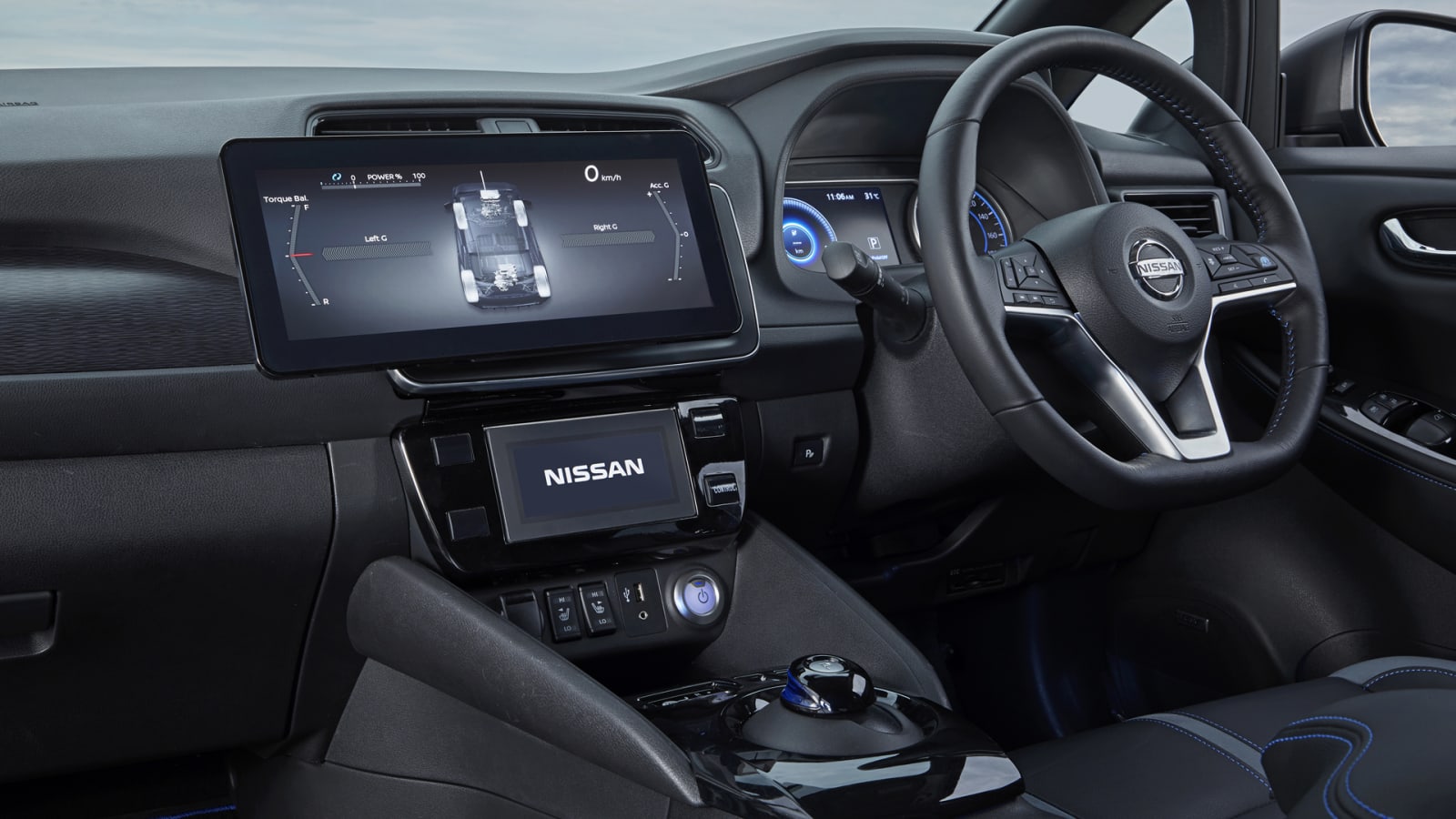 We’re not sure how the fender flares, rallye wheels, and bespoke screen-forward interior connects to this mission of enhancing smoothness. Maybe it doesn’t, exactly, and instead is a prescient indicator of Nissan’s further plans for electric performance.

“We see this system as the future of our electrification strategy,” says Ratliff. “The question becomes delivering the right product that the customer is looking for in an EV at the right time. If you extrapolate out, you could definitely see this being applied in our performance vehicles. It just depends on consumer appetite for that kind of vehicle at the time.”

We’re not sure if a purely electric Z or GT-R would be met with shrieks of joy, or horror, from the faithful. But our time behind the wheel demonstrated that the acceleration and dynamics of this prototype are far, far superior to the standard, one-motor Leaf that Nissan also had on hand for us to skidpad, slalom, and drag. If that is a side effect of smoother control, and less head-rocking acceleration and deceleration, we’ll take it. All of which is to say that one should be excited about the forthcoming electric performance future, and, reading between the cones, we think Nissan is too.