Bollinger believes its approach to EVs is unique enough to patent

The company filed a patent application covering its mechanical, electrical and drivetrain architectures

High-end EV startup Bollinger announced Wednesday that it has filed a patent application covering the design and execution of the systems underpinning its forthcoming B1 "sport utility truck" and B2 pickup.

Bollinger says the application covers the B1 and B2's mechanical architecture, electrical architecture, drivetrain, modes of operation and configurability. It also includes the particulars of the underlying platform, which the company believes is different enough from the industry-standard skateboard-type chassis that it warrants protection from copycats.

"As just one example, the unique way large components – including motors, inverters, gearboxes, and chargers – are arranged centrally and symmetrically results in a desirable effect on the vehicles' center of gravity," Bollinger's press release said.

"Our team has created a vehicle that's engineered and packaged unlike anything ever built," CEO Robert Bollinger said. "Filing this patent will help protect that hard work, and help showcase the outstanding engineering capabilities of our company." 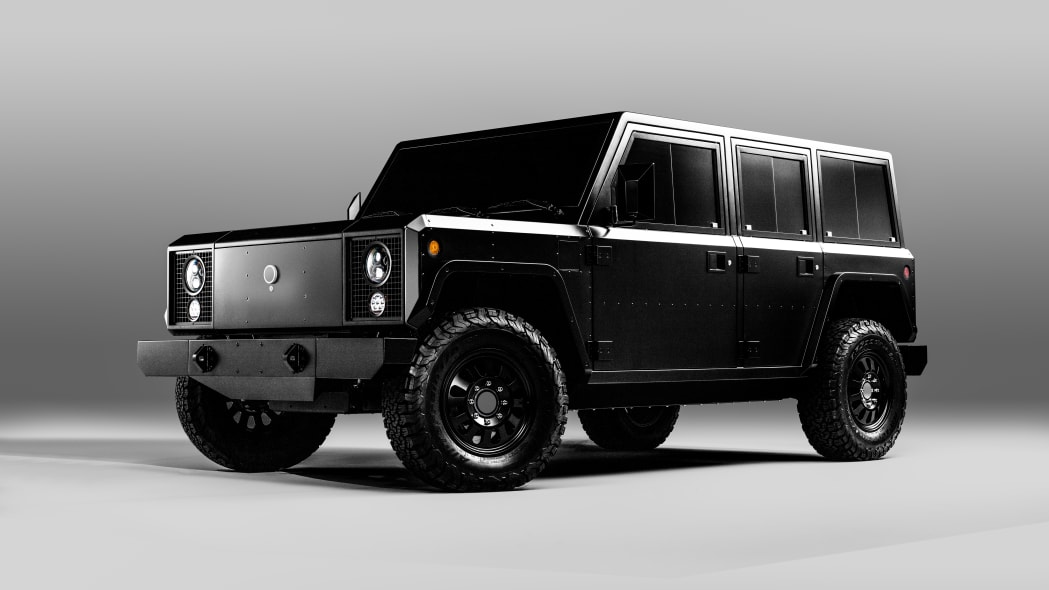 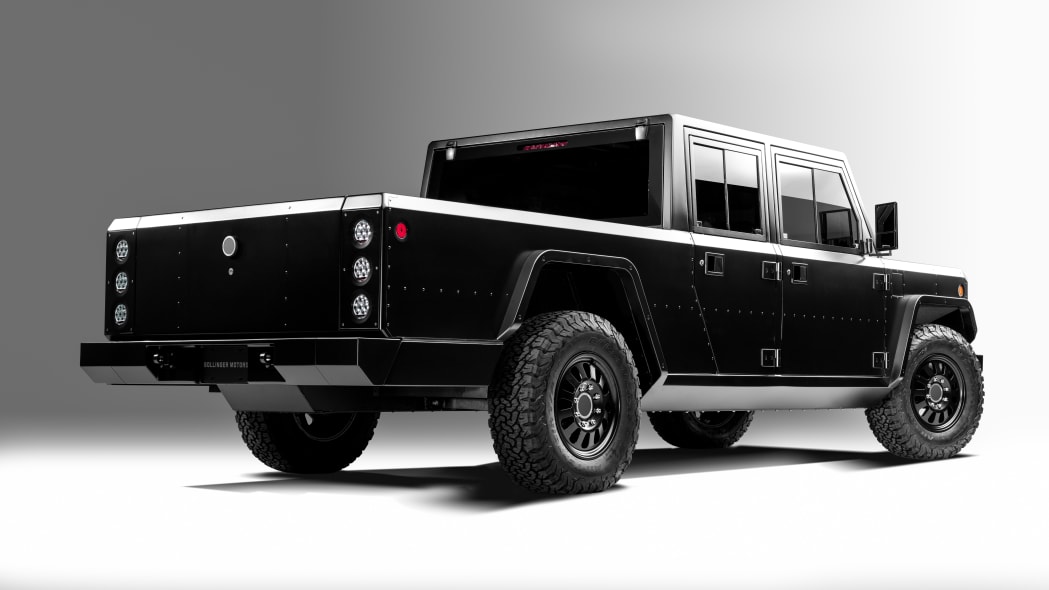 Bollinger's entire approach to the EV market defies convention, so it's not surprising that its engineering is a bit outside the box. Unlike Tesla and the many other hopefuls looking to get into the market, Bollinger is eschewing the mainstream entirely, focusing instead on building electric toys for off-road enthusiasts with deep pockets (and those who want to project that image even if they'd prefer to keep their designer jeans free of dust and mud).

Think of the B1 and B2 as the equivalent of old-school, military-style Humvees, where others are looking to build Hummer H2s and H3s. The former are impractical, excessive and expensive; the latter, while capable in their own right, were basically family SUVs with a little bit of attitude.

Both Bollinger models sport a dual-motor powertrain that delivers 614 horsepower and 688 pound-feet of torque. They should hit 60 mph in about 4.5 seconds, achieve a 100 mph top speed and be capable of towing 7,500 pounds. The motors will draw power from a 120-kWh lithium-ion battery pack expected to be good for approximately 200 miles of range. They will be class 3, medium-duty trucks, exempting them from many federal safety standards, including crash testing.

Bollinger will begin production of the B1 and B2 in 2020, and they will retail from $125,000.  The company has yet to confirm the identity of the outfit that will ultimately be responsible for fabrication and assembly of its trucks. That announcement is expected soon.