Chrysler started selling rebadged Mitsubishis in North America way back in the 1971 model year, when the Mitsubishi Colt Galant became the introduction to better than two decades of Dodge and Plymouth Colt sales on these shores (that year also saw British-built Hillman Avengers and French-built Simca 1100s sold in American Chrysler showrooms, as the Plymouth Cricket and Simca 1204, respectively). Things got a little more confusing once Mitsubishi-badged vehicles arrived here, since each one had its Chrysler-badged doppelgänger sharing the same streets, and the Eagle Summit Wagon ended up being one of the most puzzling of all. Naturally, documenting bewildering exercises in badge engineering is what the Junkyard Gems series is all about, so I whipped out my camera mere milliseconds after spotting this rare '92 Summit Wagon AWD in a Northern California self-serve yard last month. 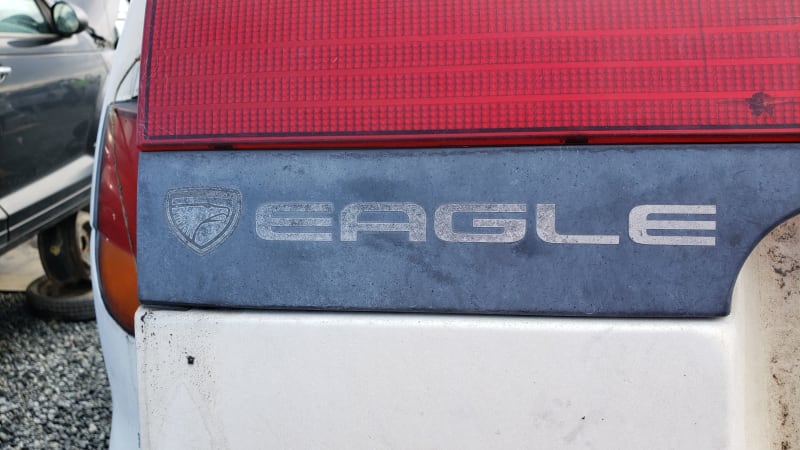 Chrysler took the Eagle name from the AMC Eagle after devouring American Motors in 1987, then used it as the name of a new Chrysler-owned marque that served as a catchall for (mostly) Mitsubishi- and Renault-derived machinery. Unlike GM's Geo (which pitched cheap Toyotas, Suzukis and Isuzus to entry-level buyers) and Ford's Merkur (which attempted to steal business from BMW and Audi shoppers with sporty German-market Fords), the Eagle brand was supposed to entice upscale enthusiast-type North Americans into signing on the line which is dotted. 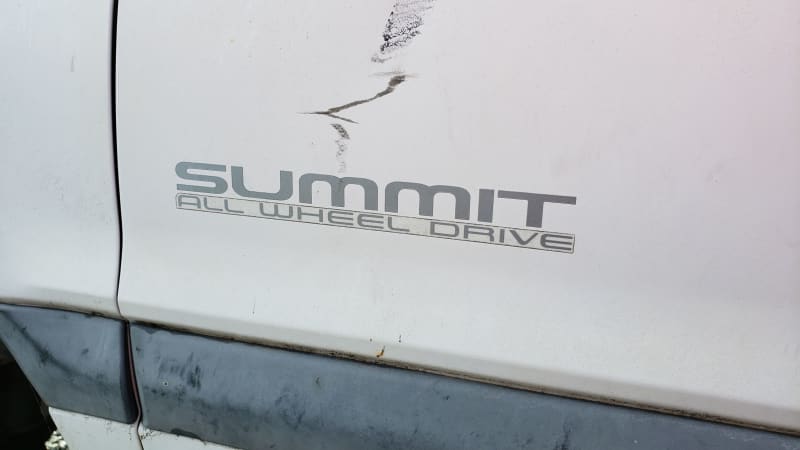 Other than the Eagle Talon (which outsold its Mitsubishi Eclipse and Plymouth Laser siblings) and the Eagle Premier (the technologically-advanced, Renault-derived car that served as the mechanical basis for many later Chrysler products, including the huge-selling LH series), Chrysler's experiment with the Eagle brand didn't amount to much in the long run. The Summit Wagon — not to be confused with the Eagle Summit car, a Mirage-based sibling of the Dodge/Plymouth Colt — was the near-identical twin of the North American-market Mitsubishi Expo, known as the Mitsubishi RVR in its Japanese homeland. 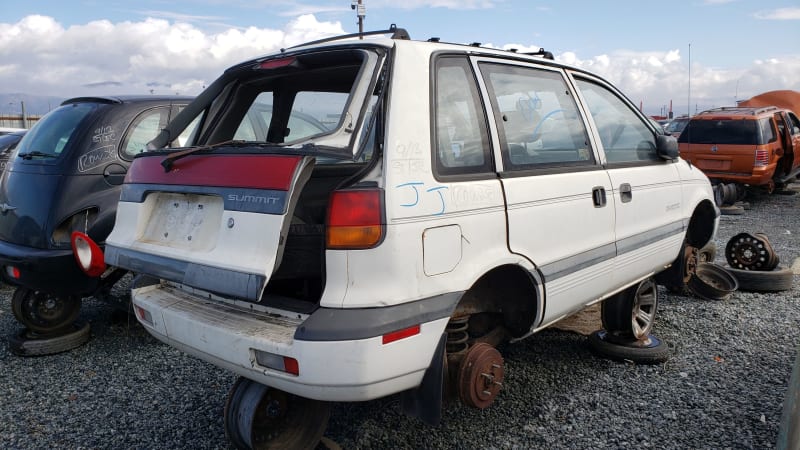 The Summit was a useful family hauler and the optional all-wheel-drive system made it very competent in snow and mud, but the market for weird-looking small minivans shrank with each passing minute in North America, as vehicle shoppers chose ever-larger SUVs and SUV-influenced vehicles or feature-packed Detroit minivans scaling in at well beyond two tons. Not many rolled out of Eagle showrooms during their 1992-1996 sales run. 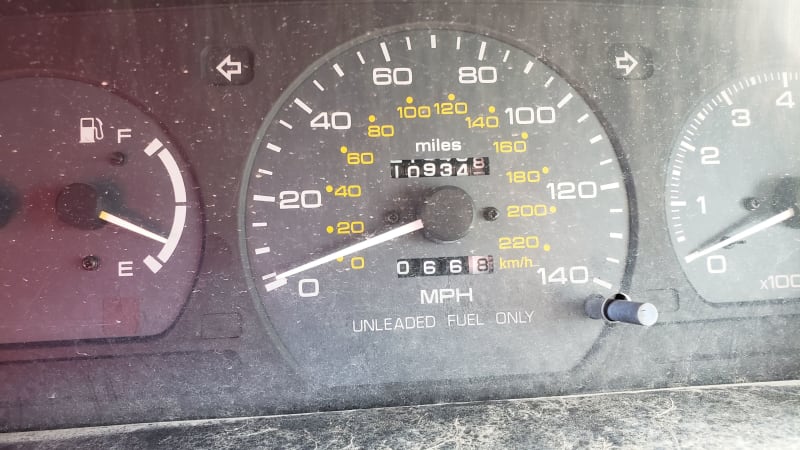 This one just squeezed past the 100,000-mile mark and still looks reasonably solid, despite an icky interior. 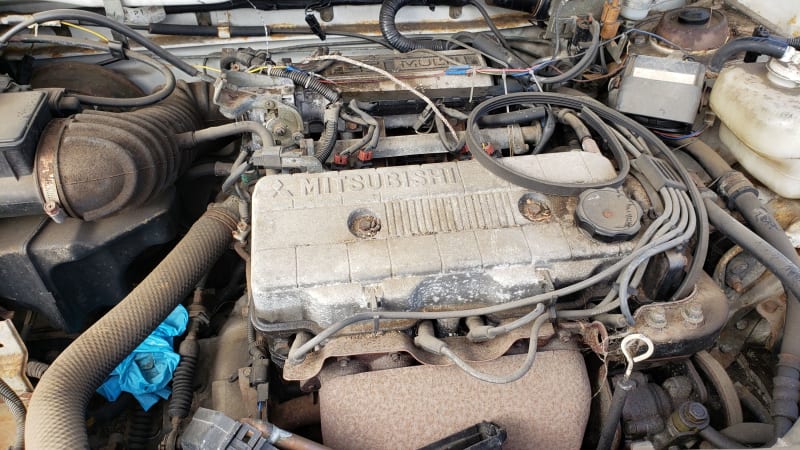 Power came from the versatile Mitsubishi 4G64 2.4-liter four-cylinder, which powered everything from the Hyundai Sonata to the Great Wall Hover.

The reflexes of a sports car with the virtues of a minivan.

In Japan, this car got ads featuring a vacationing Bugs Bunny and a Japanese reggae soundtrack.

Europeans knew it as the Mitsubishi Space Runner, which is a name that should be brought back when Mitsubishi uses its heavy-lift rockets to colonize Mars.