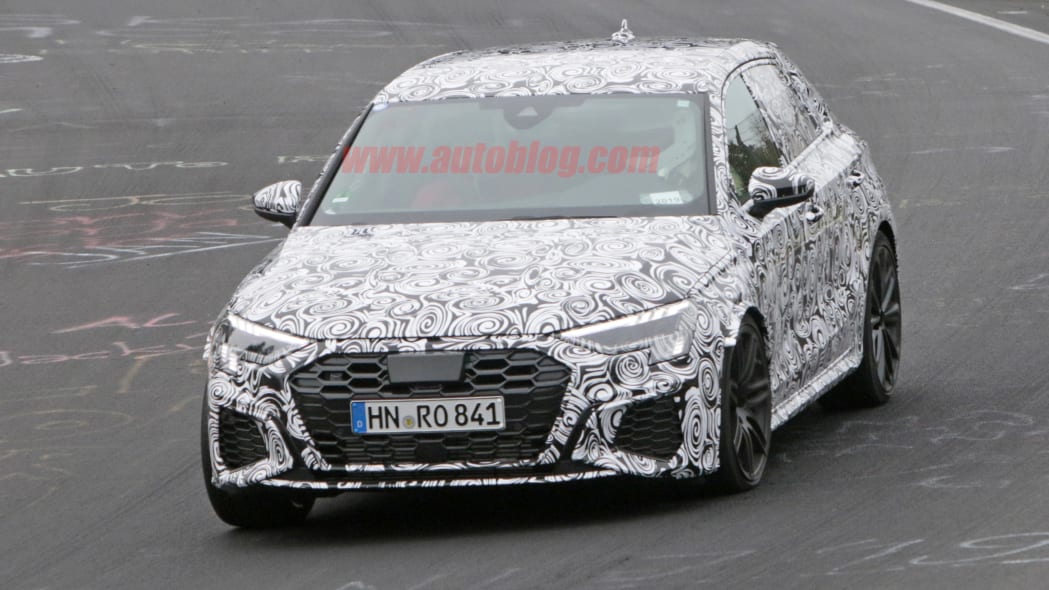 We've seen near-production versions of the regular Audi A3 and it's quicker S3 sibling, but now we finally get a look at the ultimate 2021 Audi RS 3 hatchback. Like many hot Audis, it's subtly more aggressive than its more mellow iterations.

Up front, the RS 3 seems to share quite a bit with the S3, though it may have slightly enlarged outboard grilles. In fact, most of the car looks close to the S3. One distinct difference is that this prototype has some large fender extensions, which imply the final production car will have wider fenders than what we see here. It's possible we may see some further front and rear fascia revisions for the finished car. Speaking of the rear, this RS 3 has a more prominent diffuser back there, and of course it has the trademark RS dual oval exhaust tips.

We're expecting Audi to officially reveal the A3 sometime in 2020. The RS 3 will probably be revealed a little while after the regular version. It will probably continue to have Audi's turbocharged 2.5-liter inline-five that's been added to the new RS Q3 crossover. It makes 400 horsepower in that application and the outgoing RS 3 and TT RS, so expect at least that much for the new RS 3. We hope that the RS 3 will once again be offered in the United States, but if it does, it will be in a sedan body style. 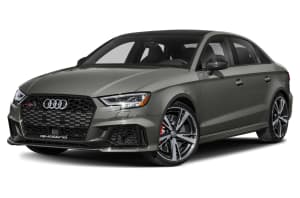