While in South Africa for the BMW M Festival at the Kyalami circuit, BMW M boss Markus Flasch told Australian outlet CarSales that the next-gen M3 and M4 won't go into production until late 2020. Market launch won't happen until early 2021, including here in the U.S. After saying, "I mean, the car’s ready," Flasch didn't divulge the reason for the lengthy gap between pre-production and launch. CarAdvice believes the interval is "caused by the backlog of engineering work required to re-certify cars to meet new, more realistic fuel economy testing." If that's true, it would mean BMW's still catching up from a WLTP testing and certification backlog that's already more than a year old. The new M3/M4 market dates mean the sedan and coupe will show after the M2 CS launch and the mid-cycle refreshes for the M5.

Just as startling as this news is a picture of the grille awaiting us on the M3 and M4. A leaked photo of the M3's rear end found its way to Facebook last week. Flasch, while in South Africa, confirmed the accuracy of the photo and put to rest theories that BMW's marketing department leaked it in telling CarSales, "The [M3] pictures didn't leak on purpose." That was a pre-production model, BMW Blog noting that the tailpipes are smaller than they should be. However, note that Flasch said "pictures," plural. Someone in BMW's inner sanctum released an image of the front as well:

That's supposedly the G80 M3, meaning the sedan will wear the same planet-gorging front fascia as the G82 M4 coupe and convertible, and BMW wants you to know the carmaker will not apologize for the design. It should also be known that some people like the look, proving again there's a lid for every pot.

There's a whole lot more planned for the segment-defining performance cars as well. Flasch said, "It will have a manual stick shift, all-wheel drive and rear-wheel drive. You can expect we will do (a number of) derivatives and special models based on this, because this [3 Series family] is what BMW was founded on." Under the hood we'll find the new S58 twin-turbo 3.0-liter inline-six already in the X3 M and X4 M, with around 473 horsepower and 442 pound-feet of torque in standard trim. The rear-driver with the six-speed manual, perhaps using the Pure moniker, is predicted to get less power, while the Competition version will raise stakes to 503 hp but come only with the automatic transmission. Flasch also promised "the most powerful engine in the segment."

With the next-gen Mercedes-AMG C 63 S also due in 2021 and likely to match or exceed the current model's 503-hp mark, don't be surprised at a few more surprises over the next 16 months. 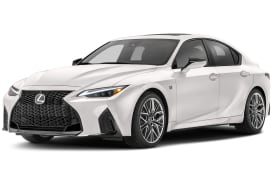