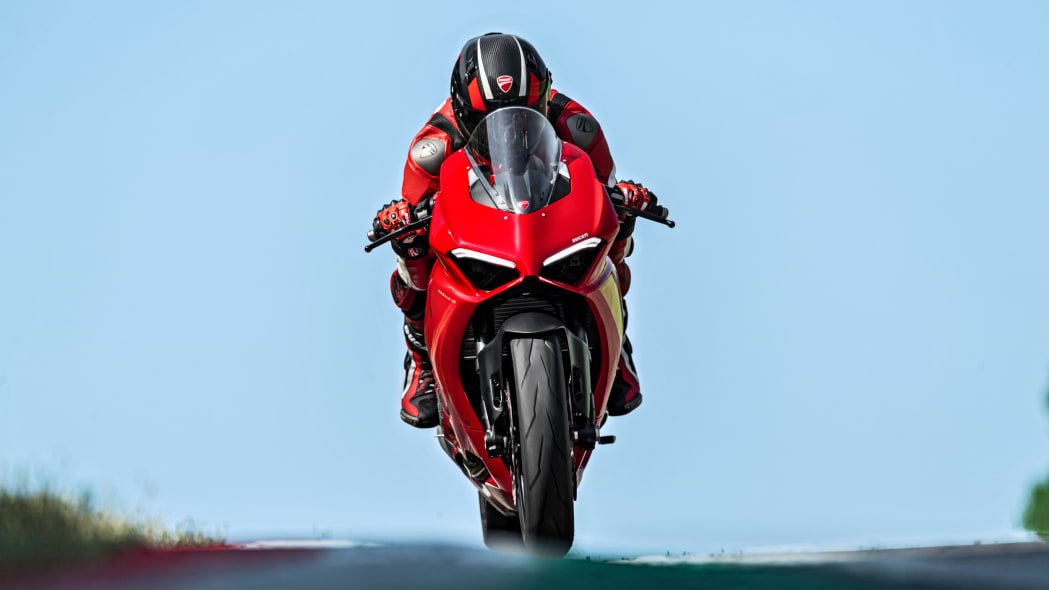 RIMINI, Italy — Ducati doesn't just have customers; it has fans, followers, and worshippers.

Your next-door neighbors might have bought a Toyota RAV4 because it's safe and it gets good fuel economy, or because they got a killer deal on it, but no one rides a Scrambler for the hell of it. Ducati's bikes appeal to motorcyclists by serving a cocktail of race-derived performance and luscious design that's unrestrained by the regulations automotive engineers must keep in mind at every turn. Engines are developed to deliver maximum power, and every line is penned to look good. It's as simple as that. And yet, it's been a tough decade for the entire motorcycle industry. Replacing hordes of aging riders is proving to be more difficult than anyone anticipated. It's in this mixed context that Autoblog joined over a thousand Ducati owners and dealers to learn about the new and improved models that will carry the Italian firm into the 2020s. 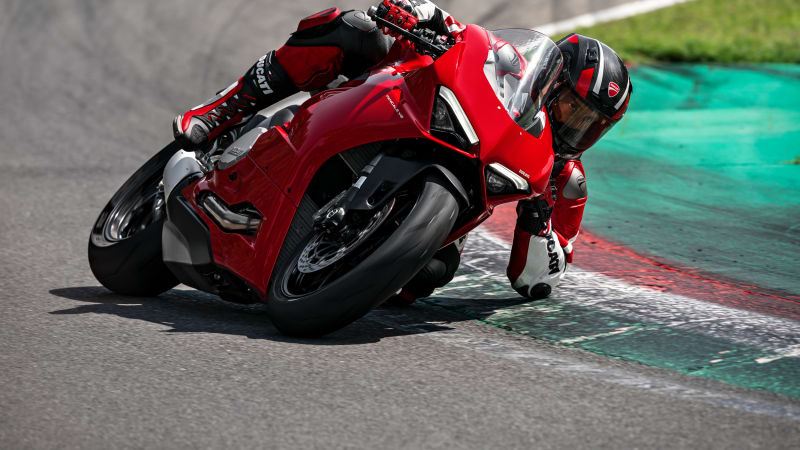 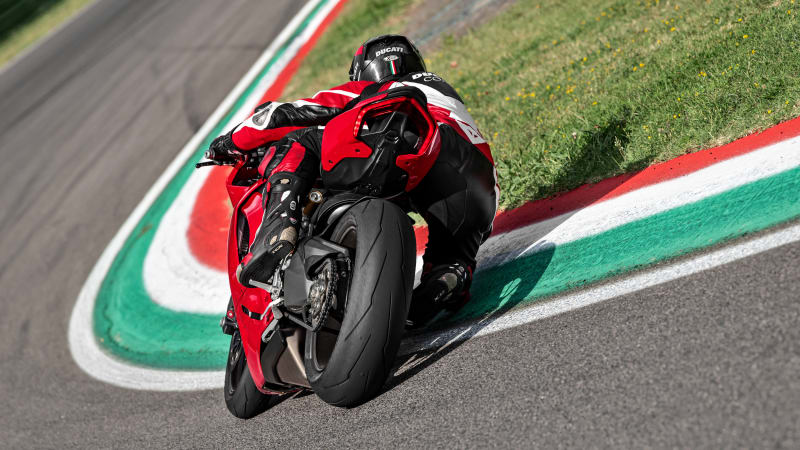 The Panigale-based Streetfighter V4 hot rod was the uncontested star of the event, but it shared the stage with several other new additions to the company's range. Confirming a longstanding rumor, the Italian firm unveiled a smaller variant of the Panigale named V2 that's more accessible than its bigger siblings in every sense of the term. It's closely related to the V4 in terms of technology and design, but it's powered by a new 995cc V-twin engine that makes 155 horsepower at 10,750 rpm and 76 pound-feet of torque at 9,000 rpm. This compact sportbike weighs 388 pounds.

Every major motorcycle brand knows its target audience is aging, and luring new riders onto a saddle is one of the biggest challenges they face as they look towards the 2020s. The Panigale V2 is one of the solutions Ducati hopes will help it solve this problem. It'll be a blast on the track, but it was tuned with comfort and usability in mind thanks in part to a road-oriented chassis setup. It's the new gateway drug into the company's range of high-performance, track-bred superbikes. 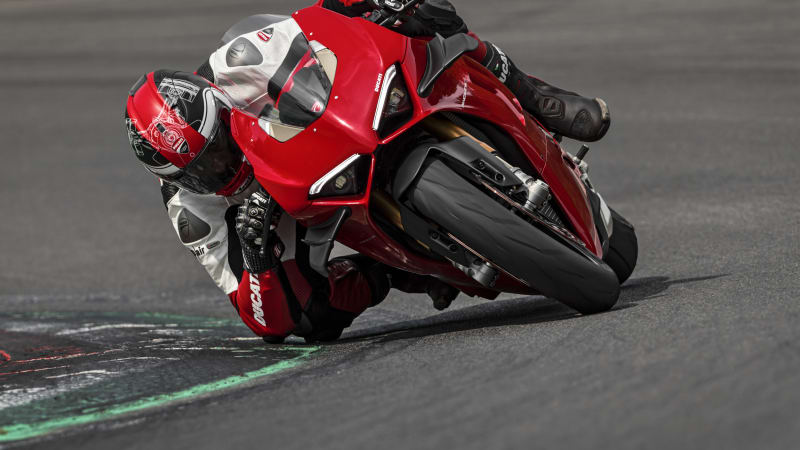 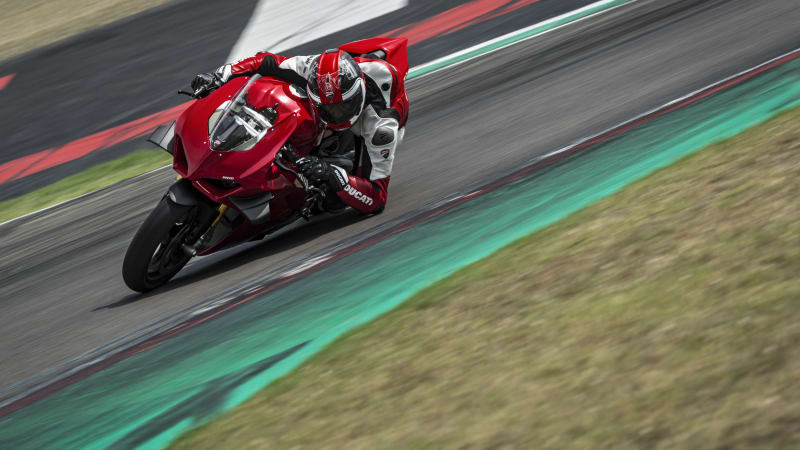 The Panigale V4 range received several improvements, too. Company CEO Claudio Domenicali pointed out racing is important to Ducati, but user-friendliness is a trait customers value. "If you are not a pro, you want to have fun," he summed up. This holds true in the car world as well. Listening to feedback from owners and journalists — many of whom know bikes as well as engineers, Domenicali pointed out — convinced the firm make the Panigale V4 more comfortable to ride, whether it's on a road or on a track, while simultaneously making it quicker. It receives aerodynamic upgrades, a windscreen made of Plexiglas, and side vents chiseled into the fairing that covers the radiator. The aerodynamic tweaks provide the front end with 66 pounds of downforce at 167 mph, which reduces the front wheel's dangerous tendency to float at high speeds and shortens braking distances.

The 90-degree V4 engine makes 214 horsepower at 13,000 rpm, and that can be problematic. "The engine over-performs in first gear, in second gear, in third gear... and sometimes even in fourth gear," Domenicali said with a smile. That's where electronic wizardry comes in. An evolution of Ducati's traction control system makes the Panigale V4 easier to control when sprinting out of a corner, while its ride-by-wire technology is programmed with several ways to control torque delivery.

2020 will also bring several new versions of existing bikes. The Multistrada 260 S Grand Tour is ready for adventure with added equipment like fog lights, a tire pressure monitoring system and heated hand grips. The Diavel 1260 range receives two appearance packages, as does the Monster 1200. Finally, the Scrambler range grows with the addition of a cheaper entry-level model named Icon Dark that comes with ABS and a digital instrument cluster in spite of its bargain positioning.

Looking further ahead, Ducati briefly flashed sketches that preview the two concepts it will introduce during the 2019 edition of the EICMA show opening its doors in Milan on November 5. The first is called Scrambler Motard, and it's powered by an 800cc engine. Named Desert X, the second uses an 1,100cc engine and is a tribute to the Ducati-powered Cagiva that took first place in the 1990 Paris-Dakar Rally's motorcycle category. Both design studies are previews of upcoming production models.

"This company has never been healthier than it is today," Domenicali proudly told the crowd as he wrapped up his presentation. Judging by what we saw in Rimini, we agree. Time will tell whether that's enough to fuel a motorcycle resurgence during the 2020s.