It's an evolution of the world's best-selling superbike

Over a thousand attendees wildly cheered as Ducati boss Claudio Domenicali unveiled the 2020 Streetfighter V4, a racing-inspired motorcycle that weighs less than a Chevrolet big-block engine yet packs more power than a Subaru BRZ. It's revving proof that jaw-dropping horsepower and eye-catching design are still the guiding lights in the motorcycle industry.

The Streetfighter V4 is a Panigale V4 (the world's best-selling superbike) stripped down to the bare essentials. In car terms, it's like if Audi dropped the powertrain from the R8 LMS into a purer, simpler variant of the car. While that sounds relatively simple, Domenicali explained striking the right balance between performance, usability, and design was much more difficult than anyone anticipated. The company's engineers put the Streetfighter through its paces all over the world — even at Pikes Peak.

"We test prototypes once a month. About one year ago, we were in Sardinia and we were very unhappy [with this bike]. We were worried, but we totally changed the situation. It has taken one year of hard work, but in the last tests we've carried out, you can really feel the difference," he explained. 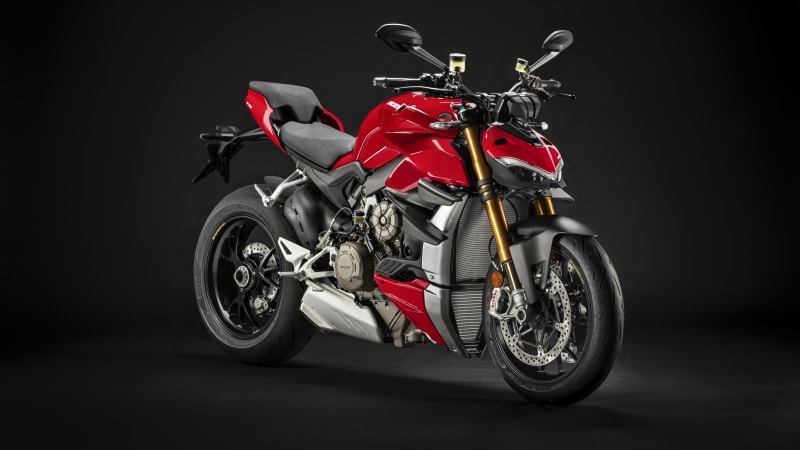 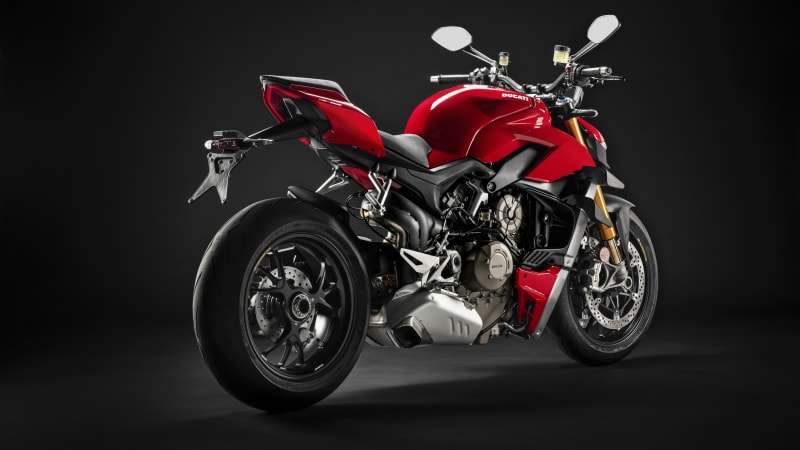 Andrea Ferraresi, Ducati's lead designer, instructed his team to draw inspiration from the Joker; yes, that Joker. The Streetfighter's face was extremely important during the development process, because it's a model without any side fairing. The drivetrain is fully exposed, hence why this type of motorcycle is called naked. The front end consequently has to convey the bike's identity on its own, yet it still needs to house the headlights, plus a growing list of electronics.

Stylists bent the rules to add biplane wings near the front. Domenicali conceded it was a contentious decision, but the winglets ultimately stayed because they add nearly 62 pounds of downforce at 170 mph. An unexpected wheelie is the last thing you want if you're traveling at that speed.

The Streetfighter V4 can get there, too, and it will make it look easy. Its specs are bewildering, especially if you're used to seeing horsepower and torque curves in the automotive world. The 1,103cc V4 engine screams its heart out until it produces 208 horsepower at 12,500 rpm and 90 pound-feet of torque at 11,500 rpm. Riders who want more can order a racing-spec Akrapovič exhaust that bumps the four's output to 220 horses, which is eight less than the 2019 Volkswagen GTI. And yet, the Streetfighter weighs 392 pounds in its lightest configuration. 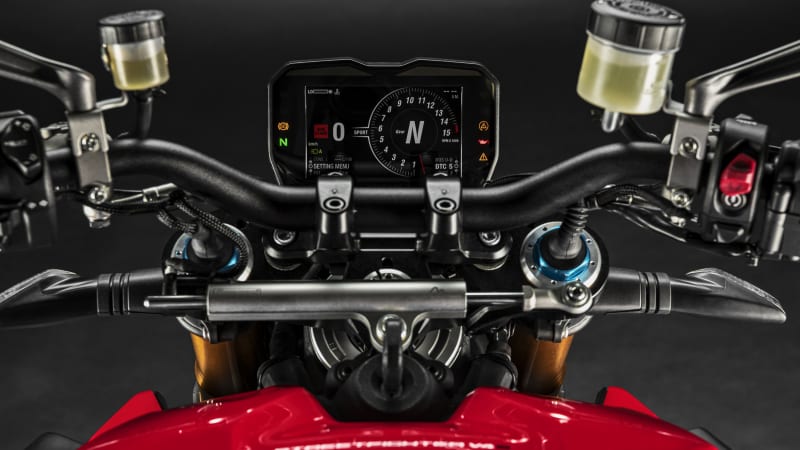 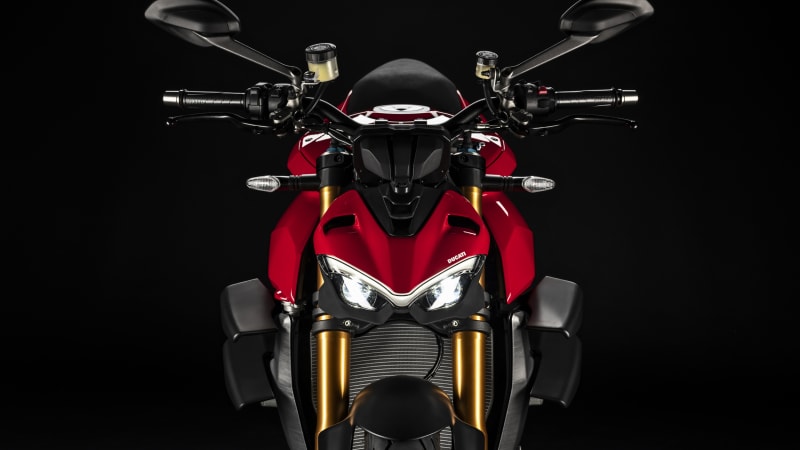 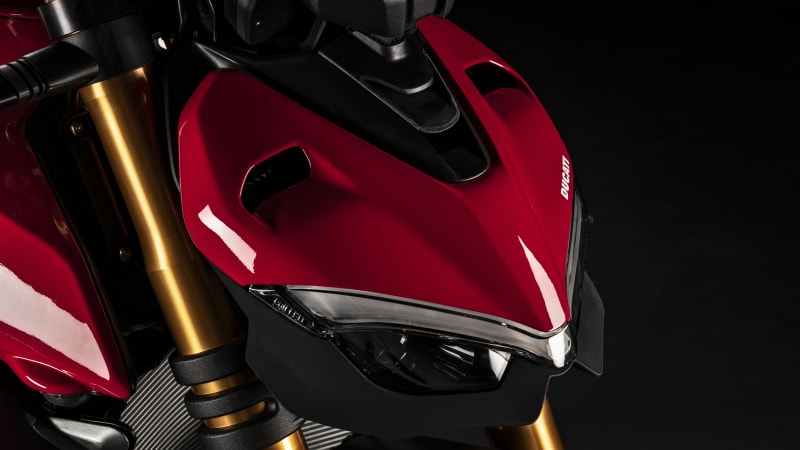 While Ducati developed the Streetfighter V4 with performance and style in mind, it couldn't build it without a generous serving of technology; Domenicali underlined the importance of safety. It consequently features a six-axis inertial measurement platform that monitors its pitch, roll, and yaw angles and does its best to step in if something looks amiss. The suite of electronic riding aids also includes a power launch function, traction control, and cornering ABS. These life-saving features are slowly but surely seeping into motorcycles from the car world, and riders are accepting them.

"For a while, ABS was very special for riders. We'd hear it all the time. Customers would say 'oh, I have it in my fingers, I have it in my hands.' No way. ABS is very important," Domenicali stressed.

Ducati will offer the Streetfighter V4 in two variants when it releases the model in early 2020. The more hardcore V4 S version gains an upgraded Öhlins suspension and weight-saving forged rims provided by Marchesini. Pricing start at about 16,000 euros, a sum that converts to nearly $18,000, but full information about the American version will be released in early 2020.