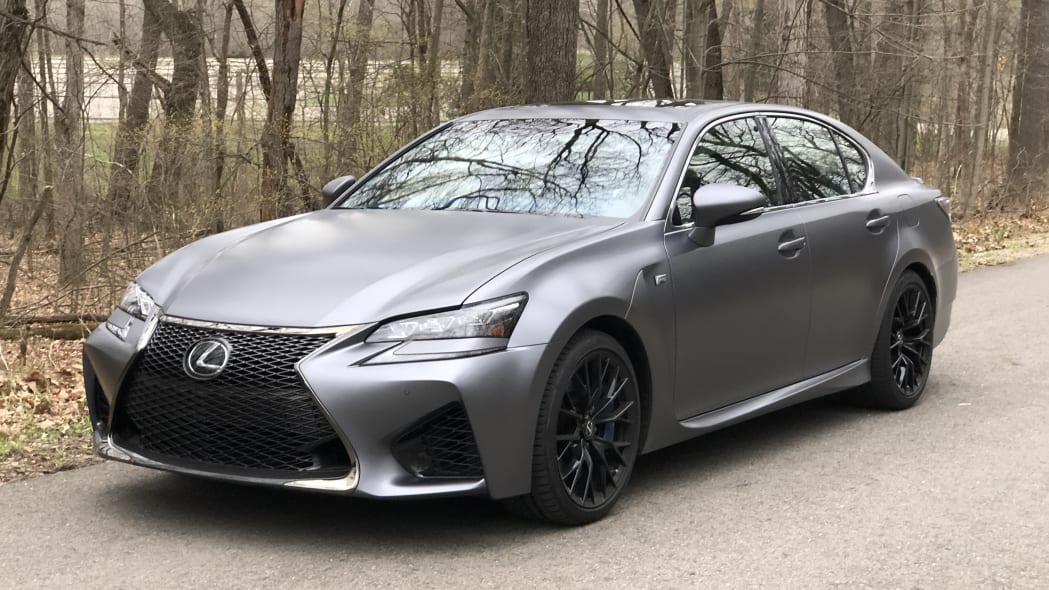 A big performance sedan with a restrained yet lovable powertrain. The GS F isn't the most powerful in its class, but it impresses with a gorgeous interior and personality in spades.

The Lexus GS F is an old-school performance sedan with a big, naturally aspirated engine up front. You won’t find the phrase twin-turbo anywhere in its press materials, and that’s completely fine. With 467 horsepower and 389 pound-feet of torque, the 5.0-liter V8 isn’t going to outrun the high-powered Germans in a drag race. However, all of that power is usable on the street, right up to the glorious 7,300 rpm redline.

A loud exhaust complements the loud styling on our particular test car. We had the honor of driving the 10th Anniversary Edition, which is limited to just 100 vehicles in the U.S. You pay extra for the special appearance, but man it looks good. Matte Nebula Gray paint wraps the exterior, while unique Fuji Blue leather trim covers the interior. Blue Brembo brake calipers behind BBS forged wheels keep the blue theme going on the outside. Michelin Pilot Sport tires come standard, providing an impressive amount of grip for the big sedan. Much of the magic to this anniversary car is thanks to the stunning blue interior — it even has blue carbon fiber and blue suede trim.

Rear-wheel drive is the only way it comes — same goes for the eight-speed automatic transmission. The final price for our GS F 10th Anniversary Edition car comes out to $93,080. That’s after the $5,000 anniversary package, $1,380 Mark Levinson audio and $900 head-up display. It still comes in under $100,000, which makes it cheaper than the M5 or Mercedes-AMG E 63 S sedan.

Senior Editor, Green, John Beltz Snyder: I'm going to start off with something that might not be universal: I love this interior. I think the blue Lexus used here is to die for. The white stripes going down the center of the blue leather sport seats mirrors the blue steering wheel with white at top center. Those seats are actually pretty comfortable and super supportive, too. The blue microsuede-type liner on the dash is a little much, but in this case, a little much feels entirely appropriate. The blue stitching and even the blue-accented carbon fiber trim pop in this interior, mirroring the hint of blue spied on the brake calipers through the dark wheels outside. Finally, you might hate the mouse-type infotainment interface (this one managed to not piss me off entirely), but it looks cool inside this GS F.

Assistant Editor, Zac Palmer: I love that Lexus still uses big, naturally aspirated V8s in its performance cars. All the German competition might be more powerful and ultimately quicker, but none of those engines have the character of this GS F power unit. Torque is delivered in a linear fashion and doesn’t fall off until you reach redline. A beautiful and gnarly exhaust note accompanies this predictable power, sounding better the more you rev it out. The amount of power is enough to spin the rear tires up and make a show at a stoplight, but it’s not too fast to let loose on the street. Give an M5 everything it has on public roads and you’ll hit 60 mph in 3 seconds. That’s great for a race track, but the fun is over rather quickly if you’re following speed limits.

I might adore the GS F’s engine, but the transmission is another question entirely. It’s smooth and easygoing when you’d like it to be, but I was wanting for quicker shifts and better response in manual mode. Put the car in its most aggressive setting in automatic mode, and it’s fine for attacking a twisty backroad. However, I was consistently frustrated with its operation in manual mode, especially compared to the smooth and quick-shifting ZF eight-speed used in many other big performance sedans. Don’t mess with the engine, Lexus. But please do make the method of getting that power down a bit more user friendly for the enthusiast.

Associate Editor, Joel Stocksdale: Don't worry, John, you're not the only one who loves the blue interior, I do, too. Lexus in general has been nailing its cabins, and it does its best work with bold colors such as the blue in this GS F and the white, plum and tan interior on the LC. It's just a shame the only way to get the azure hides is to get the 10th Anniversary Edition car, which besides being very limited, also only comes with a matte gray paint that looks cool but will surely be a nightmare to care for.

Appearances aside, one of the standout features we haven't mentioned about the GS F is its stellar handling. No other midsize performance sedan feels so light and playful in corners. The nose dives in eagerly and the car feels very neutral. Add plenty of grip and a composed ride, and the GS F begs you to fling it every which way. This, plus everything else my colleagues and I have said are what make the GS F my favorite sedan in this segment. 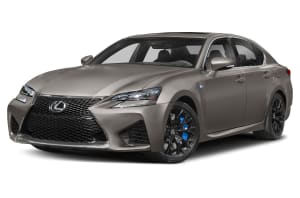