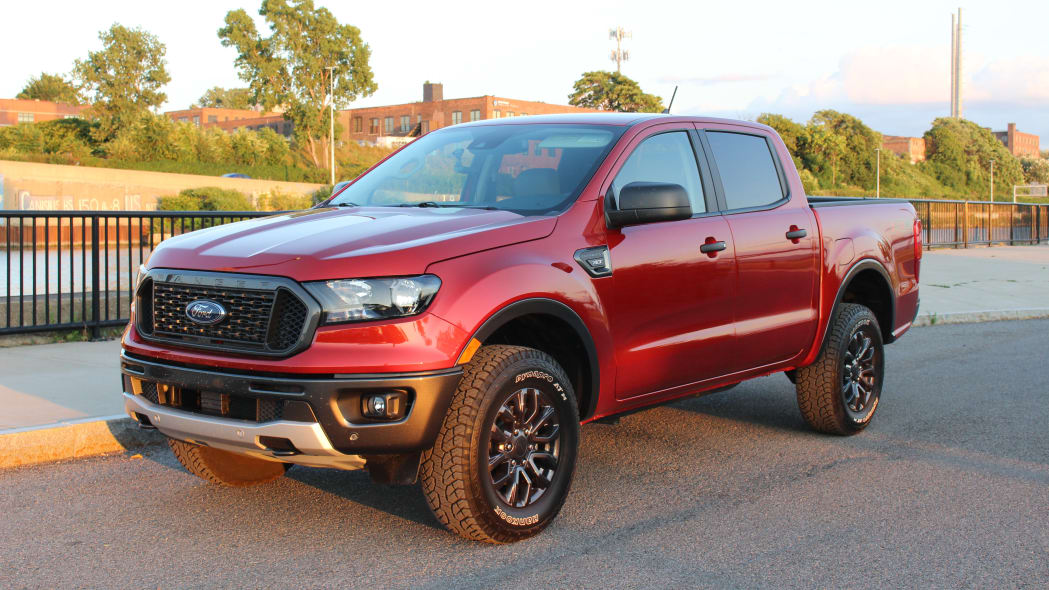 The Ranger is an extremely solid overall mid-size truck, with great fuel economy and solid road manners that make it the best all-rounder out there.

The 2019 Ford Ranger is a big-deal truck for Ford, and, at this point, we’ve reviewed it in quite a few scenarios, including some global variants in Australia and New Zealand. We put the truck through its paces in our First Drive review. Then we brought it in for our mid-size truck comparison test, defeating the 2019 Jeep Gladiator, 2019 Chevy Colorado and 2019 Toyota Tacoma. Most recently, we spent a week with one in Portland to see how it liked West Coast city living. Every test has returned favorable results, but now it’s time to see how we like the Ranger over a longer period of time.

The Ranger has impressed so far both on and off road, though we found it to be a well-rounded vehicle as opposed to a standout in any one area. While it wasn’t originally designed for America, Ford has extensively revised the truck for our market with updated styling both inside and out, a new powertrain and upgraded components on the frame and suspension. The bones of this truck may be old, but it’s far from dated.

The Ford Ranger is available in a couple different configurations, but powertrain options are limited for the time being. We opted for the four-door SuperCrew model with the 5-foot bed and four-wheel drive. There are three trim levels (XL, XLT and Lariat), but we chose the mid-level XLT trim — the same one that won our comparison test earlier this summer. The base price of the truck was $35,310 before options, including the hefty $1,195 destination charge. That includes the 2.3-liter turbocharged four-cylinder making 270 horsepower and 310 pound-feet of torque mated to a 10-speed transmission — the only engine/transmission combination available.

Getting this truck dirty is definitely on the short-list of things to do, so we headed straight for the $1,295 FX4 Off-Road Package. That package includes essentials like an electronic-locking rear differential, off-road suspension, all-terrain tires, skid plates for the underbody vitals, plus Ford’s Terrain Management System and Terrain Control. You get the neat FX4 decals, but we also chose to add the Sport Appearance Package to spice things up even more. This got us dark painted wheels and dark trim throughout the car’s exterior that adds an extra dosage of spunk to the Ranger’s look. We wanted adaptive cruise control, so we added the $795 Technology Package that also includes Ford’s navigation system. To make sure the Ranger is up to any towing tasks we might have, we also selected the Trailer-Tow Package. Another necessity was the $495 Toughbed spray-in liner. Other options include $395 Hot Pepper Red paint, $195 remote start, $135 floor liner and $95 keyless pad entry system, rounding the price out to the final total of $41,175.

Ford’s Ranger was an important player in the compact truck segment until sales dwindled and it left the class entirely after 2012. Its absence has been taken advantage of by the sales-leading Toyota Tacoma, and more recently, the Chevy Colorado. Now that Ford and Jeep are back in the game, this segment is pulsing with new blood. The big question is, can Ford tackle the current king with a new product and familiar name? Nostalgia is potent, and those that remember the last Ranger have fond memories of that little truck.

At over $40,000, an F-150 with similar equipment is entirely in reach, but the Ranger is aimed at a younger, more active audience that values the small footprint and better maneuverability over the capability of a full-size pickup. We already reaped the benefits of our Ranger’s small size on a road trip to Buffalo, NY that started just outside of Detroit. The FX4 off-road suspension may have been a slight bother on the way there — it’s bouncy and uncomfortable over rough highways — but the narrower footprint was a dream when trying to navigate city streets. According to the truck’s computer, we averaged 23.3 mpg on the several-hundred-mile journey to Buffalo on a highway-heavy route, close to the 24 mpg EPA rating. We’ll be watching the fuel economy closely in our time with the Ranger.

We will be putting our Ranger through plenty of more tests beyond long road trips before our time is done, so stay tuned for more impressions and thoughts on Ford’s newest truck.