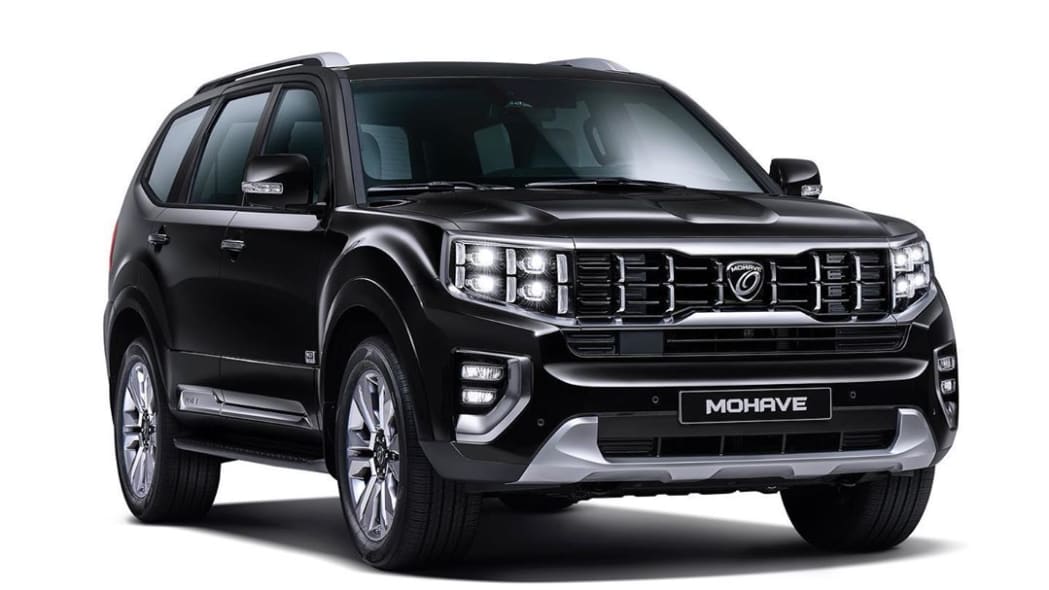 Kia on Wednesday released the first images of a heavily refreshed full-size SUV, calling it the “Mohave the Master.” It’s heavily based on the Mohave Masterpiece Concept that Kia rolled out at the Seoul Motor Show in March, and reports suggest the company plans to launch the SUV in Korea in September.

The Mohave is the overseas brethren of the short-lived Borrego, a body-on-frame, offroad-capable SUV that was sold in the U.S. and pulled after two model years and negligible sales.

As was the case in March, there’s no information about the new vehicle beyond photos, leaving us to speculate. But the Master carries on most of the Masterpiece Concept’s styling, if somewhat toned down, with its boxy design, raised profile and upright body. The Master features the same matching head- and taillight design as the concept, plus the illuminated Mohave nameplate on the tailgate. The stacked LED headlights and fog lamps also carry over from the concept, although much of the chrome trim appears to have been cut from production plans. Also similar: There’s no Kia badge anywhere to be seen, which is interesting. Skid plates at front and rear, along with the 4WD logo on the tailgate, add to the suggestions that this SUV is capable of being taken offroad.

Kia eventually replaced the Borrego in the U.S. with the Sorento family hauler, but it lived on in Korea and other markets. The Borrego had the misfortune of being released in 2008 as a gas-guzzling ‘ute with the Great Recession raging and gas prices hovering around $4 per gallon, pushing consumers toward smaller, more fuel-efficient options. It also won no plaudits for its looks. Our 2009 review noted, “The new Borrego breaks no new ground in terms of styling” and added that, given the unforeseen spike in gas prices at that time and its effect on SUV sales, “Kia will likely be happy if it can just eke out enough sales to break even on the project.”

The new Mohave is undoubtedly more handsome and sculpted than the bland Borrego, looking like a beefier, more imposing version of the Telluride. Rumors have swirled that the Mohave will eventually return to the U.S. If that's true, we’ll have to wait to see whether it’s with this version or a future update.