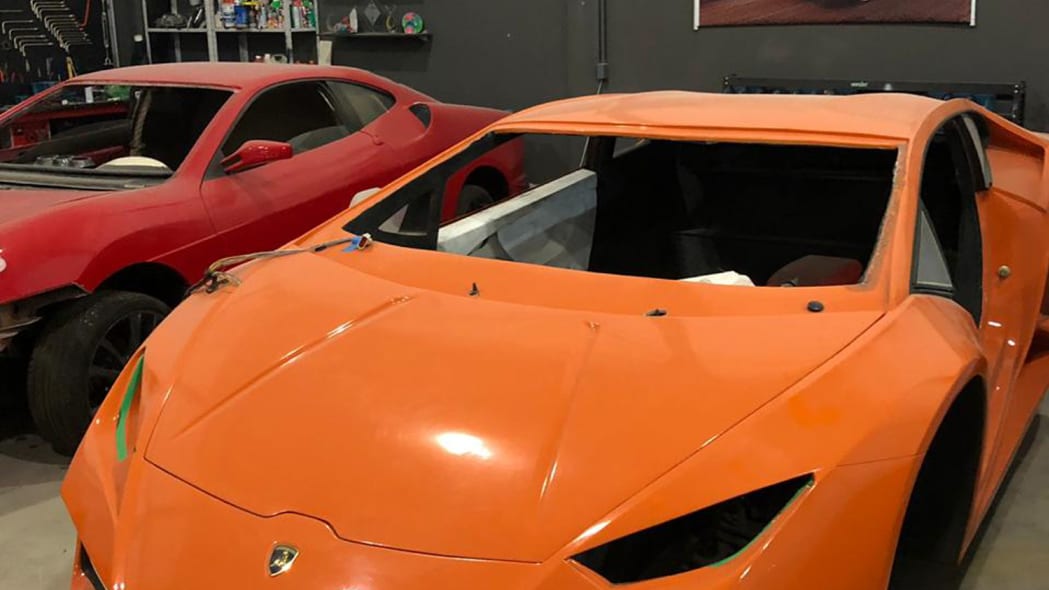 A shop in the state of Santa Catarina in Brazil has been raided and shut down by police after it was discovered that it was turning out shoddy replica supercars. The Fauxrrari and Shamborghini (we borrowed the latter clever term from the Associated Press) copies themselves look impressively detailed considering that they were reportedly coming out of a father-son operation, but the engineering, underpinnings and powertrains are surely a wee bit shy of what's flowing out of the real factories in Italy.

According to the Folha de São Paulo newspaper, one replica was powered by the engine from a Chevrolet Omega, which we knew at one time in the U.S. as the Cadillac Catera. Scrolling through the image gallery above, though, we see at least one Ferrari knock-off that appears to have a bright red intake manifold behind the passenger compartment, so who knows? Police reported that the replicas were being offered on unknown social media channels for between $45,000 and $60,000. Needless to say, that's nowhere near the price of a real Ferrari or Lamborghini. And this isn't the first (and likely, not the last) time this has happened, either.

According to the AP, the raid was conducted after at least one of the Italian marques tipped off authorities. Eight vehicles in various states of completion were found, along with tools, molds and what looks to be a treasure trove of car parts. It's not clear how many finished vehicles may have rolled out of the shop, or how many may already be in the hands of buyers. The father and son duo who ran the operation have been arrested on industrial property charges.