The completely redesigned 2020 Kia Soul has finally been crash tested by IIHS, and the results are quite good. The subcompact crossover earned the organization's highest rating of Top Safety Pick +, which topped the previous generation's plain Top Safety Pick rating.

The main reason for the higher overall rating is because of an improved passenger-side small overlap crash test result. The new model is now rated "Good" rather than "Acceptable" for the previous model. The rest of the new Soul's crash test results also got the top "Good" rating.

Headlight performance was rated "Good" for models with LED headlights, also helping give the Soul the Top Safety Pick + rating, but the halogen headlights that come with lower trim levels were rated as "Poor." The LATCH anchor points for child seats are continued to be rated "Acceptable" for ease of use and access. 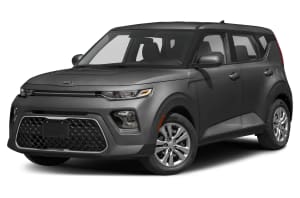