The paint shop is in, robots are being unpacked, and production of the company's critical new sport utility vehicle is on track to start this year – Brexit deal or no deal.

"I still have to believe that we'll get to a proper and right decision because a no-deal Brexit is frankly madness," Aston Martin CEO Andy Palmer told Reuters at the company's Gaydon headquarters in England, where designers are working on a diverse lineup of vehicles for the 2020s and beyond.

Headlines have focused on plant closures and job losses ahead of Britain's divorce from the EU.

Nissan has scrapped plans to build its new X-Trail SUV in the country, while Honda will close its only UK car plant in 2021 with the loss of up to 3,500 jobs - though it has been said the decision was not related to Britain's exit from the EU.

However, many auto companies - from luxury marques like Aston Martin to mass-market brands such as Vauxhall - are working on ways to survive after March 29.

On the outskirts of London, workers at Vauxhall's operation in Luton are preparing to produce a new line of commercial vans following fresh investment from the brand's French owner PSA, which they are counting on to sustain more than 1,000 jobs.

While post-Brexit market conditions remain a big unknown, Vauxhall boss Stephen Norman told Reuters Britain's exit from the European Union could present an opportunity to increase the brand's market share. He is pursuing a marketing campaign to boost demand for the company's modestly priced cars and SUVs.

The continued investment by some carmakers and the potential sales upside seen by Vauxhall reflect the conflicting decisions and opportunities that brands face depending on their size, their customers and where they are in the production cycle.

All automakers in Britain will have to find ways to make Brexit work, even if only in the short term.

Nissan builds nearly 450,000 cars and multiple models, making it hard to pull out of the country any time soon. Toyota builds just one model in Britain, the Corolla, but has only just started making it. The typical life cycle of a car is six years. 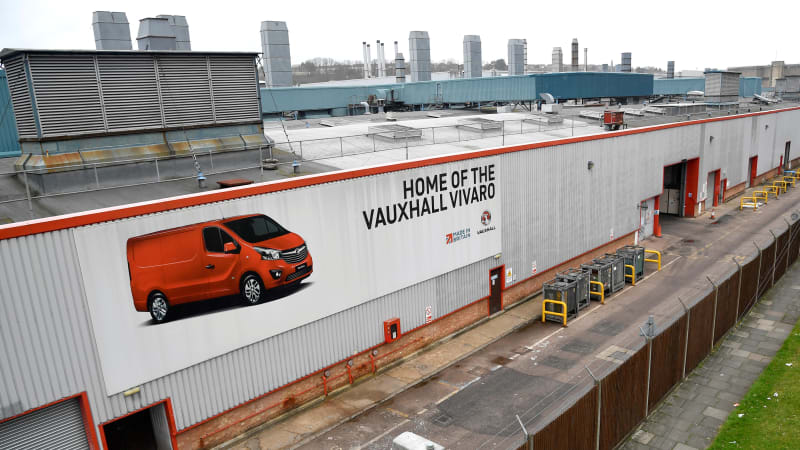 Aston Martin and Vauxhall are as different as two auto companies can be. Now Brexit has thrown Palmer and Norman into the same precarious boat as, like their rivals, they seek to minimize the potential harm of a disorderly British exit.

The two companies have significant British manufacturing operations and together have thousands of employees in the country. Palmer and Norman both said in interviews that the impact of Brexit would be more complicated, more pervasive and take longer to play out than policymakers and the public appreciated.

For Aston Martin, which sells sports cars at prices well above 100,000 pounds ($130,380), new European tariffs on British-built cars are not a significant concern, Palmer said.

Like other smaller players such as Bentley, Rolls-Royce and McLaren, Aston has much larger margins on its cars and extra costs can be more easily passed onto wealthy customers. That's not a luxury enjoyed by mass-market players.

What concerns Palmer more is the disruption to his company's network of suppliers and its meticulously scheduled production system.

As he walks through Aston's Gaydon factory, Palmer points to several rows of dashboards mounted on carriers and crowded into a corner of the plant.

Aston is building stockpiles of key parts in case an abrupt, no-deal Brexit results in trucks with components getting delayed by chaos at British ports. It is increasing the days of stock it holds from three days to five days and could fly in parts if ports become clogged up after March 29.

Aston receives many of its engines from a Mercedes-Benz factory in Germany, and new border checks and tariffs could delay those shipments.

Reverting to a regime of cross-border tariffs and World Trade Organization rules, after decades of free trade, would force Aston and its suppliers to trace and document where all the parts in a vehicle come from, Palmer told Reuters.

"When you've got 10,000 parts on a car and then you've got all of the sub-parts, you quickly get up to hundreds of thousands of parts. And do you honestly know where they've all come from? Often not," he said.

That's one reason why Palmer said he hired a supply chain chief, an appointment announced last month. "His obsession right now is planning for Brexit," he said.

The Brexit vote in mid-2016 came as Aston Martin was pursuing a multi-year strategy, unveiled in 2015, to go from making about 3,500 sports cars a year to building up to 14,000 sports cars and SUVs annually.

The St Athan plant will start building DBX SUVs, and then is expected to begin assembling a new line luxury electric vehicles under the Lagonda brand early in the 2020s.

Scrapping that investment is not Aston's plan.

"People have asked me: what keeps you awake?" Palmer said. "It very much is the supply chain and the capability of that supply chain to absorb all the macroeconomics that are thrown at them."

Aston is not alone in this concern: Volkswagen, the biggest car seller in Britain, and Honda have both said they are stockpiling parts while Jaguar Land Rover has been talking to warehousing companies and Bentley has leased storage space. 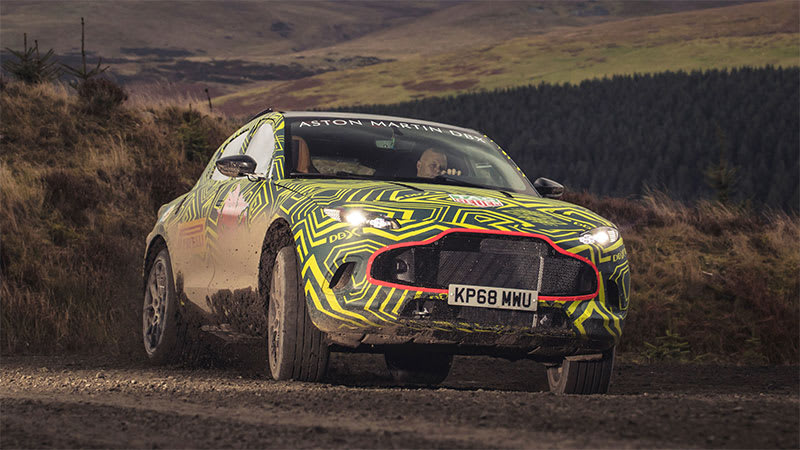 At Vauxhall, boss Norman said Brexit could be an opportunity for a brand that struggled under its former owner, General Motors, and is charting a new strategy under French group PSA.

Vauxhall believes a no-deal Brexit would lead to as much as a 20 percent fall in British new vehicle demand but a bigger market share for Vauxhall.

PSA has committed last year to fresh investment to launch new models at its Luton van factory. But it faces a decision next year on whether to keep Vauxhall's Ellesmere Port plant open after the current run of Astra Sports Tourer ends.

That decision is not a simple one, Norman said.

"It would not be true to say that a hard Brexit automatically means the closure of plants in the United Kingdom, neither for us, nor for other manufacturers, but it would certainly mean they come under greater scrutiny," he said.

British workers would have to deliver productivity gains that offset tariffs and supply chain friction.

Currently Vauxhall, which was bought by Peugeot parent company PSA in 2017, accounts for 7.5 percent of British car sales.

Added to the group's Peugeot, Citroen and DS brands the total rises to 13 percent, making PSA one of the biggest sellers in Europe's No. 2 auto market.

If the market takes a hit, Vauxhall's emphasis on functional, economically priced models could be an advantage, Norman said.

"People will look very long and hard," he said. "And they will say: do I need this enhanced brand strength which I'm actually paying for that has no material value or should I not look more seriously at the offer from Vauxhall ... and have just as good a vehicle and not have to pay through the nose for the privilege."