SOUTH WALES, U.K. — The invitation is last-minute and somewhat vague. The location, an off-road test area in South Wales known as Walter's Arena, sounds more Land Rover than Jaguar. It's also in five hours, and only a passenger seat tease is on offer. But a Jaguar rally car? Color me curious.

First impressions don't disappoint. Basking at the entrance is NUB 120, so-named after its license plate and considered the most famous Jaguar XK120 of all. Built in 1950, it took three consecutive overall wins on the insanely arduous Alpine Rally. Driven by Jaguar dealer (and Olympic skier) Ian Appleyard and navigated by his wife Pat Lyons, daughter of Jaguar founder Sir William Lyons, this car helped demonstrate the power and durability of the legendary XK engine in the toughest possible test. Carrying its original paint and a few battle scars, I could stop right here. But its presence is simply justification for what's lurking a little deeper in the forest.

That being an F-Type rally car. Which is exactly as wild as it sounds. 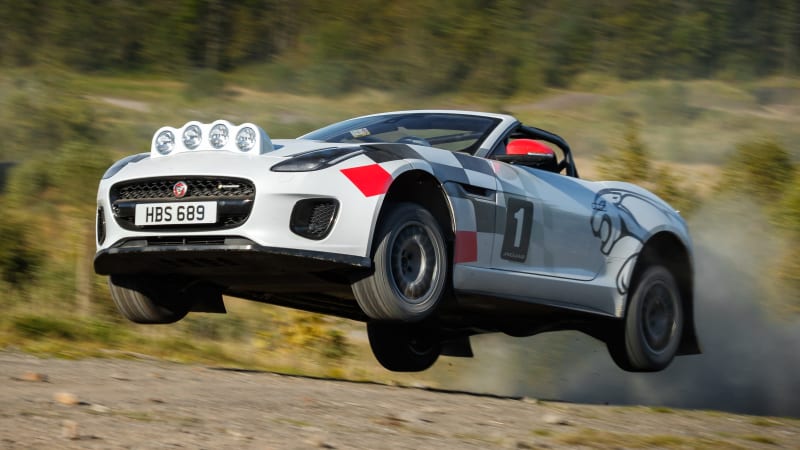 Based on a regular 2.0-liter F-Type Convertible, the project riffs on Jaguar's little-known rally heritage and pending MY20 updates to the F-Type range. The 16-inch rally wheels, gravel tires, custom fabricated roll cage and hood-mounted spots are not adornments destined for any production F-Type. That said, it's clearly been built to do more than sit on an auto show plinth.

This initially seems like the sort of thing that'd be an after-hours project by Jaguar Land Rover's Special Vehicle Operations department, the same guys who cooked up the Project 7 F-Type and XE SV Project 8 sedan. But there's something about the Below Zero Ice Driving branding on the support truck that rings a bell.

SVO supplied the graphics and items like the F-Type GT4 carbon fiber door cards, but it turns out the actual build was outsourced to a specialist outfit. Their expertise is turning sports cars into rally machines, this following the FIA's ongoing efforts to revive the sport's sideways, rear-wheel drive traditions. See the Toyota GT86 CS-R3 and initiatives like the R-GT Cup, the latter popular with privateers in converted 911 GT3s and inspiring Porsche's recent toe-in-the-water Cayman GT4 Clubsport rally car. 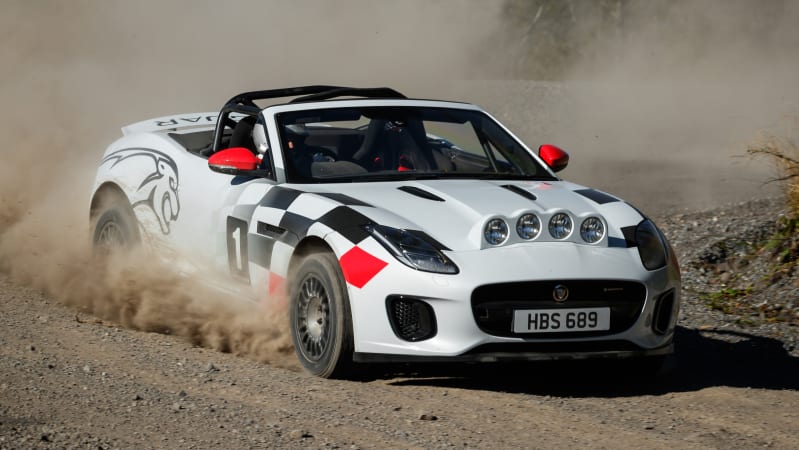 Then it clicks — the crew are from Tuthill Porsche, a celebrated restoration and race shop between London and Birmingham with a huge presence in historic competition. They also have a sideline running Swedish ice driving experiences in old Porsches. If you want to race or rally an old 911, or turn your 997 GT3 into a WRC-eligible rally car, these are your go-to guys. These are skills seemingly transferrable to Jaguars, too.

I am — repeatedly — told there are no plans for the F-Type to compete, but everything has been built to FIA standards as a matter of course. And while the Ingenium engine and eight-speed automatic gearbox are near-stock, there are more extensive changes elsewhere. These include the mechanical limited-slip differential from the V6 F-Type, extensive underbody protection, three-way adjustable EXE-TC rally dampers and competition brakes to fit within the smaller wheels. There's also a hydraulic handbrake, operated by a prominent, carbon fiber lever and all the electronic aids, including stability control and ABS, have been disabled.

I'm strapped in beside hired hand Jade Paveley, a second-generation rally driver currently competing at national level in a Subaru Impreza. A rear-wheel drive rally car is something of a departure for her, but, like any pro, she makes it look easy and we're off into the test stage in a spectacular cloud of dust and flying gravel. 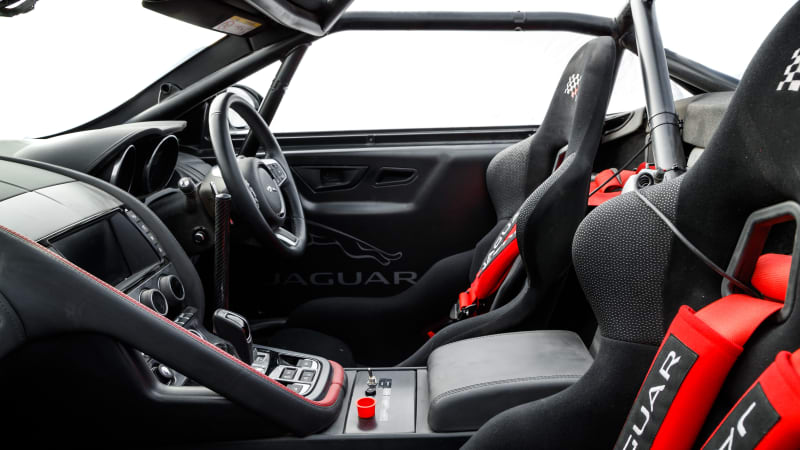 This is really weird, the familiar F-Type surroundings, the stock-sounding buzz of the turbocharged four-cylinder and the smooth shifts of the automatic gearbox all like the standard road car. Seeing a gravel rally stage unfold before it is very much not. But Jade smoothly balances the F-Type against its torquey power delivery and keeps things neat, tidy and fast. Most impressive of all is the damping, those expensive struts (Singer is using the same manufacturer to suspend its mega money DLS) making it feel like we're levitating over the chaos beneath.

It's truly extraordinary, the F-Type floating over the ruts and rocks yet not rolling, diving or squatting in response to Jade's inputs. With a comparable curb weight to the stock 3,400-pound road car and a modest 297 horsepower, it's clear the Jaguar is a tad hefty to challenge an equivalently prepped Porsche — perhaps the real reason this will remain little more than a publicity machine and won't follow in NUB 120's competitive tire tracks.

More's the pity. Because if nothing else, the sight of a Jaguar F-Type on a rally stage is something you don't forget in a hurry. It's all a bit of fun, perhaps, but carried out with the utmost seriousness. 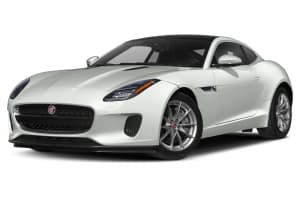