Sources: Cruise cars struggle to detect if objects are moving or still

SAN FRANCISCO — It's one of the biggest bets going in the world of cars.

Since May, General Motors Co and its Cruise self-driving car unit have landed $5 billion in investment commitments from Japan's SoftBank Group Corp and Honda Motor Co Ltd to develop a robot taxi service that could safely navigate the city streets of San Francisco by the end of next year - putting it ahead Alphabet Inc's Waymo self-driving car unit, Uber and Lyft.

Those expectations are now hitting speed bumps, according to interviews with eight current and former GM and Cruise employees and executives, along with nine autonomous vehicle technology experts familiar with Cruise. These sources say that some unexpected technical challenges - including the difficulty that Cruise cars have identifying whether objects are in motion - mean putting GM's driverless cars on the road in a large scale way in 2019 is looking highly unlikely.

"Nothing is on schedule," said one GM source, referring to certain mileage targets and other milestones the company has already missed.

Cruise CEO Kyle Vogt told Reuters last month the service will offer passengers "a primary form of transportation" most anywhere they want to go, and compete with Uber and Lyft. Using driverless cars to carry fare-paying customers would allow Cruise to recover investments in expensive technology and turn a profit more rapidly than trying to sell self-driving cars to the few individual customers who could afford them.

"Everyone in the industry is becoming more and more nervous that they will waste billions of dollars" on autonomy.

In addition, operating self-driving cars in a taxi service would allow Cruise and GM to tailor the service to the limitations of the technology until software and sensors are ready to enable autonomous vehicles that can go anywhere.

Still, some close to the project acknowledge the length of time and money it will take to get the ride hailing service up and running.

"We know we aren't commercially ready now," said Michael Ronen, managing partner for SoftBank Investment Advisers and the firm's lead investor on the Cruise deal who will join Cruise's board of directors. "I think now the question is who is going to be successful and how quickly."

Reuters has learned that the driverless Cruise cars still struggle to identify whether objects on the road are moving or stationary, according to one current and three former Cruise employees who have witnessed the problem. The result is that the vehicles hesitate and stop while passing a row of parked motorcycles or bicycles, they said.

At times, the software has failed to recognize pedestrians, and has mistakenly seen phantom bicycles, causing the cars to brake erratically, according to two of the sources. And Cruise does not yet have a data-sharing collaboration with the San Francisco Fire Department, a necessary step to train the cars to respond to fire truck sirens, according to a fire department spokesman.

In addition, the open-source software robotics tools that Cruise used to develop the technology has delays that slow messages from the car's sensors to the car's brain, according to a fourth former employee and nine other people familiar with Cruise's technology.

'Safety is our measure for launching'

Cruise's Vogt said the next generation of hardware and software and sensors in the pipeline can help address these issues and will improve performance.

"Early in development I'm sure there were phases where we were putting systems together where they didn't meet the requirements we needed for launch, and that's part of the testing and development process," he told Reuters.

"Safety is our measure for launching, and so we certainly will (resolve that) by the time we will release cars on the road without drivers," he added.

GM's drive to be seen as a leader in autonomous vehicle technology is critical at a time when the automaker's shares are down more than 20 percent for the year. The delivery of capital promised by Japan's SoftBank and Honda depends on Cruise achieving certain performance targets.

Cruise's competitors face their own challenges, and some experts predict that a shakeout of rival efforts is inevitable. Uber, for example, had to overhaul its production timeline following a fatal crash with one of its self-driving SUVs. Though the autonomous vehicle program remains paused after the crash, a company official said Uber is making progress, building in safeguards to improve the overall functionality and safety of Uber's self-driving cars.

"Everyone in the industry is becoming more and more nervous that they will waste billions of dollars," said Klaus Froehlich, a board member at BMW and its head of research and development.

'Challenge of our generation'

GM President Dan Ammann calls developing an automated vehicle that can navigate city streets more safely than a human driver the "the engineering challenge of our generation," and a project that will ultimately take years and billions of dollars to fully develop.

"Right now we are in a race to the starting line," he said in an interview with Reuters.

"Getting stuck on one particular parameter, or one particular scenario, is missing the fundamental point of what is the total overall performance of the system," said Ammann.

Cruise's 2019 goal will go forward only if the Cruise system achieves the safety standards the automaker has established, and shown to regulators, he added.

Cruise says it has not begun offering rides to the public, and the cars are not operating without a safety driver. The company has yet to apply for permits to give passengers a ride without a driver, according to the California Department of Motor Vehicles and Public Utilities Commission.

SoftBank says it factored in setbacks for the technology into its $2.25 billion agreement with Cruise. One provision says more than half of SoftBank's investment will come only when Cruise can commercially deploy vehicles in fully driverless operation, according to GM public filings.

"It's a speculative investment," said SoftBank's Ronen. "These are still unproven technologies." 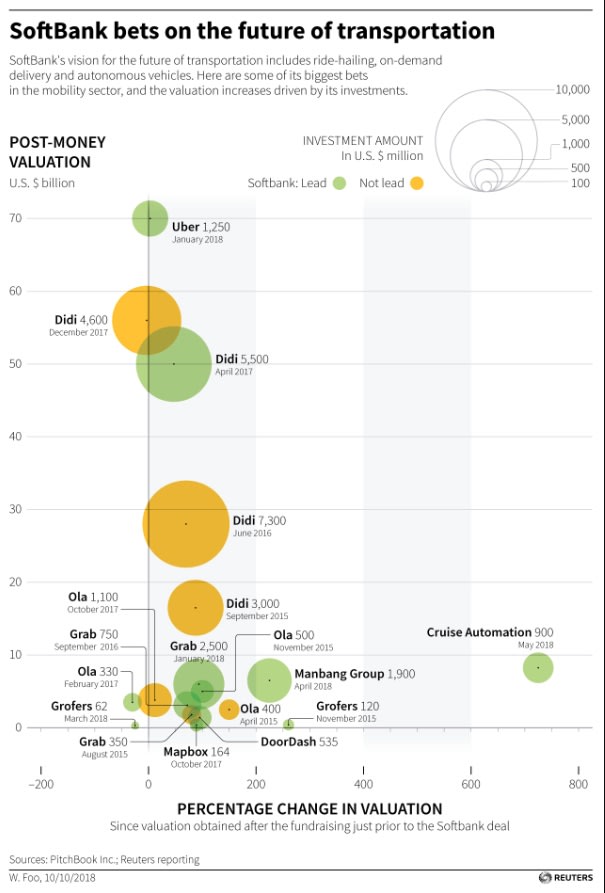 In unveiling plans for a $2.8 billion investment in Cruise earlier this month, Honda executive Seiji Kuraishi said he sees potential in Cruise because of its tie-up with GM, and most of its investment will come after Cruise's 2019 deadline and will be spread over 12 years.

Shortly after the GM acquisition in 2016, Cruise leadership acknowledged internally they faced a decade-long technical challenge, according to a former Cruise employee.

Vogt gave a speech at the time to his employees and asked them not to pull all-nighters or burn themselves out, said the source, who was present for the talk.

Cruise and GM began missing early milestones they had set together, including the first deadline less than a year after the GM acquisition of Cruise, according to two former Cruise employees and a former GM employee.

Public records with the San Francisco Department of Motor Vehicles and an industry source familiar with the matter tell of other missed targets. It failed, for example, to have Cruise cars record the fewest number of times a human has to take control of a vehicle versus is rivals in 2017. Cruise also missed the goal of logging a million miles a month by early 2018.

The company said the mileage goal was based on its testing footprint at the time, which still included a significant chunk of testing in settings like suburban Phoenix. It has since heavily refocused efforts on testing in San Francisco, where total mileage is lower, but the company expects a higher rate of "learning" due to the complexity of the environment.

"With 10 engineers, you can bolt a bunch of sensors onto a car and put a computer in it and get it to drive around the block," Vogt told Reuters. A commercial product is "about 10,000 times harder," he said.