And humanity being what it is, we still prefer crossovers by a vast margin. Fine, says Hyundai. We'll give you what you want, but we're going to nudge you toward Type I in the process. For 2019, the Korean automaker is launching a double-pronged attack on the internal-combustion engine with a pair of crossovers — a pure-electric version of the Kona and the hydrogen-powered Nexo. 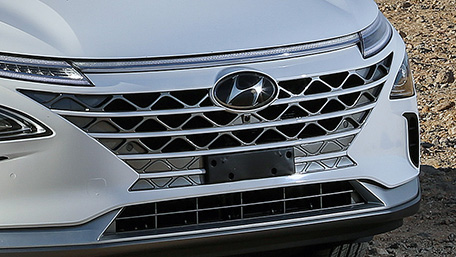 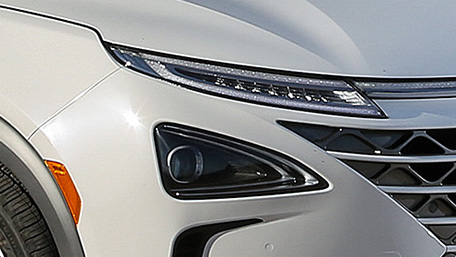 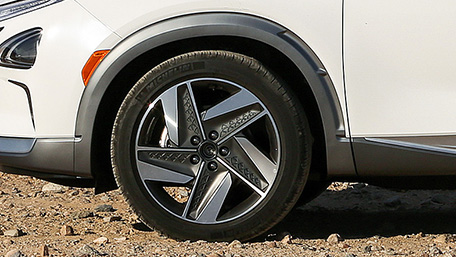 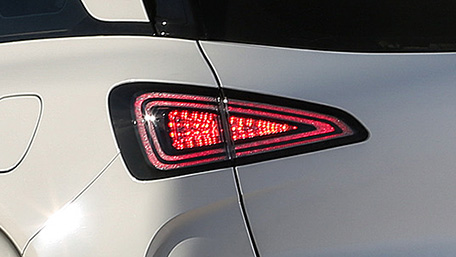 Hydrogen, on the other hand, offers a much more efficient way of storing and transporting energy. A fuel cell drivetrain can be scaled up to fit larger vehicles, but it doesn't require the same proportion of material as a battery. Plus, filling up your hydrogen tanks is as quick as a gasoline top-off, an advantage for long-distance haulers.

Hyundai believes there's room for fuel cell vehicle (FCV) passenger cars as well, and the Nexo is Hyundai's latest take on a hydrogen car. Its first was introduced in 2000, based on a Santa Fe. That was followed in 2013 by a Tucson-based FCV. Unlike those, the Nexo arrives on an all-new platform not shared with an existing ICE-powered car.

As it did with the Kona EV, Hyundai is offering a crossover in a segment where one doesn't really exist. The Toyota Mirai and the Honda Clarity are both sedans, and oddly shaped ones at that. The Nexo takes the form of a traditional midsize crossover, with a wheelbase within an inch or two of the length of the Mirai's and the Clarity's. But because of its crossover body style, interior headroom, shoulder room and legroom is much improved. Cargo room isn't even a fair fight, with the Nexo at 29.6 cubic feet, compared with the Mirai's 15.0 cubic feet and Clarity's 11.8 cubic feet.

Hyundai knows that people won't be cross-shopping the Nexo just with other FCVs, but with all alternative-fuel cars. As such, they're quick to tell you that the 380-mile range (for the Limited; 354 for the standard Blue trim level) and quick-"charge" ability of the Nexo bests that of any zero-emissions vehicle, including the $135,000 Tesla Model S P100D, which has a 315-mile range. 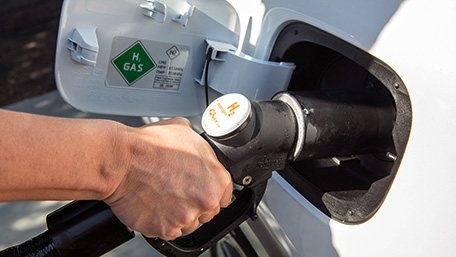 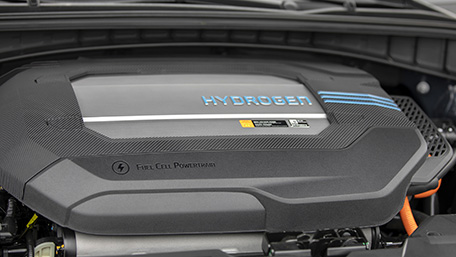 Part of that range is thanks to the Nexo's aerodynamic lines. "I wish I could tell you it was inspired by the spirit of innovation or something," senior chief designer Chris Chapman said about the Nexo's styling, "but the main purpose of purchasing the vehicle is to get a sticker in the HOV lane." Chapman explains that the Tucson FCV wasn't a dedicated model, and therefore aerodynamics became an obstacle.

With the Nexo, Hyundai was able to add features such as "air curtains" around the lower front intakes and D-pillars, allowing molecules to actually flow through the body. Flush receding door handles and hidden wipers also help reduce the coefficient of drag to 0.32, compared with the Tucson's 0.35.

Part of the exterior was designed after "the feeling of the tide receding around your bare feet," said Chapman. "We studied desertscapes to replicate sandstone eroded by wind and water." The floating D-pillar has been a frequent design theme in recent years, but the Nexo disconnects the A-pillar as well to create a floating canopy. We're not quite sure it works, but it's inoffensive. "Others try too hard to make FCVs look different, and it shows," Chapman slyly hinted without calling out specific names. "We think an FCV can be distinctive without being weird."

The interior shares many of the design themes of the Kona Electric. Chief among them, the bridge-style center console with a PRND button array and the electronic parking brake. Device storage and charging via USB, 12-volt and Qi wireless reside on the lower level. 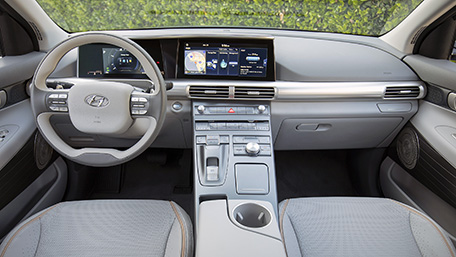 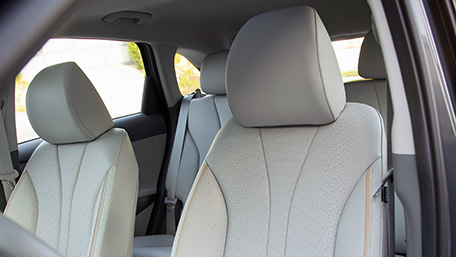 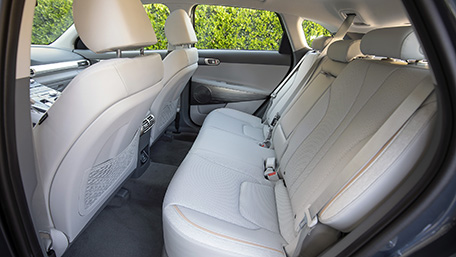 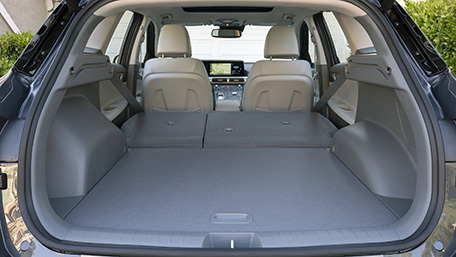 A large, sweeping surface connects the instrument cluster and infotainment 7-inch touchscreen, a futuristic touch. The materials feel of a higher quality and a bit more luxurious than those of the Kona EV. The seats utilize a supple upholstery said to be bamboo thread-based bio fabric. The auxiliary controls on the center console are finished in a sleek silver like a 1980s hi-fi deck. Opt for the top Limited trim and you get ventilated front seats, a wide, roof-spanning sunroof and even a self-parking function that works in both parallel and perpendicular scenarios.

If the Kona Electric's suspension is engineered for a sprightly, even somewhat sporty feel, the Nexo is tuned for luxury. Isolation from the tarmac is the name of the game, with road and wind noise levels that beat out those of the Mirai with ease. However, with that comes a soft suspension that rolls noticeably in turns. In harder cornering that the Kona EV would take with ease, the Nexo understeers, its tires pushing and groaning all the way.

Part of that has to with its 3,900- to 4,000-pound curb weight (exact specs weren't yet available), but perhaps more egregious is the synthetic-feeling steering that provides as much feedback as a "Pole Position" arcade game circa 1982. What's weirder, the steering wheel has a thicker section at the bottom where a flat segment would be on a sports car. That makes the already uncommunicative steering even more tiresome to handle. Also, a much-delayed throttle response inhibits what could be a zippy 161 horsepower and a hefty 291 lb-ft of instant torque, adding to the artificial driving feel. 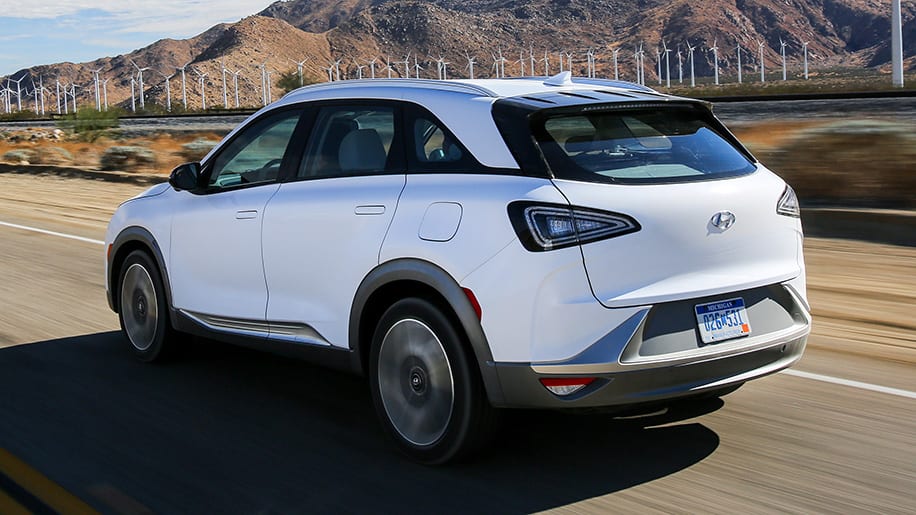 We don't think most people will be buying or leasing the Nexo for spirited driving, though. Interest in technology and severing our dependence on fossil fuels likely will be the primary concern. As such, the Nexo comes with a slew of tech-based driving aids. Hyundai's first blind-spot monitor projects a live camera image of the passenger-side lane on the display, similar to Honda's LaneWatch. A bird's-eye view á la Infiniti's Around View Monitor helps with parking should you choose to do it yourself (it might be faster than the auto-park). Then there are alerts we've come to expect on modern vehicles — lane following, forward collision, rear cross-traffic, blind-spot avoidance and high-beam assists.

The Nexo's all-new fuel cell system stores hydrogen in three smaller tanks rather than the Tucson's two larger ones. The smaller tanks allow for higher compression and greater density. That translates to 41.4 gallons and 245 pounds of the stuff at 10,000 psi. Hyundai says the Nexo Blue achieves an mpg-e of 65 city and 58 highway, while the Limited returns 59 and 54, respectively.

Of course, with America's limited hydrogen infrastructure, the Nexo will be sold only in select regions of the country, with Southern California and the San Francisco area being the primary markets. Currently, there are only 35 hydrogen stations in the state, but five more are scheduled to come online by the end of the year. By 2020, there should be 59. That's probably not enough to make FCVs a serious proposition for most buyers, but Hyundai's larger roadmap makes sense. Here's hoping the rest of the industry can catch up.

Until then, we hope Hyundai continues to refine the driving dynamics of the Nexo. With the Kona Electric, Hyundai has proved it can make a compelling zero-emissions crossover. We'd like to see that translate to an FCV so buyers' experiences with the technology aren't hampered by the detached driving experience. 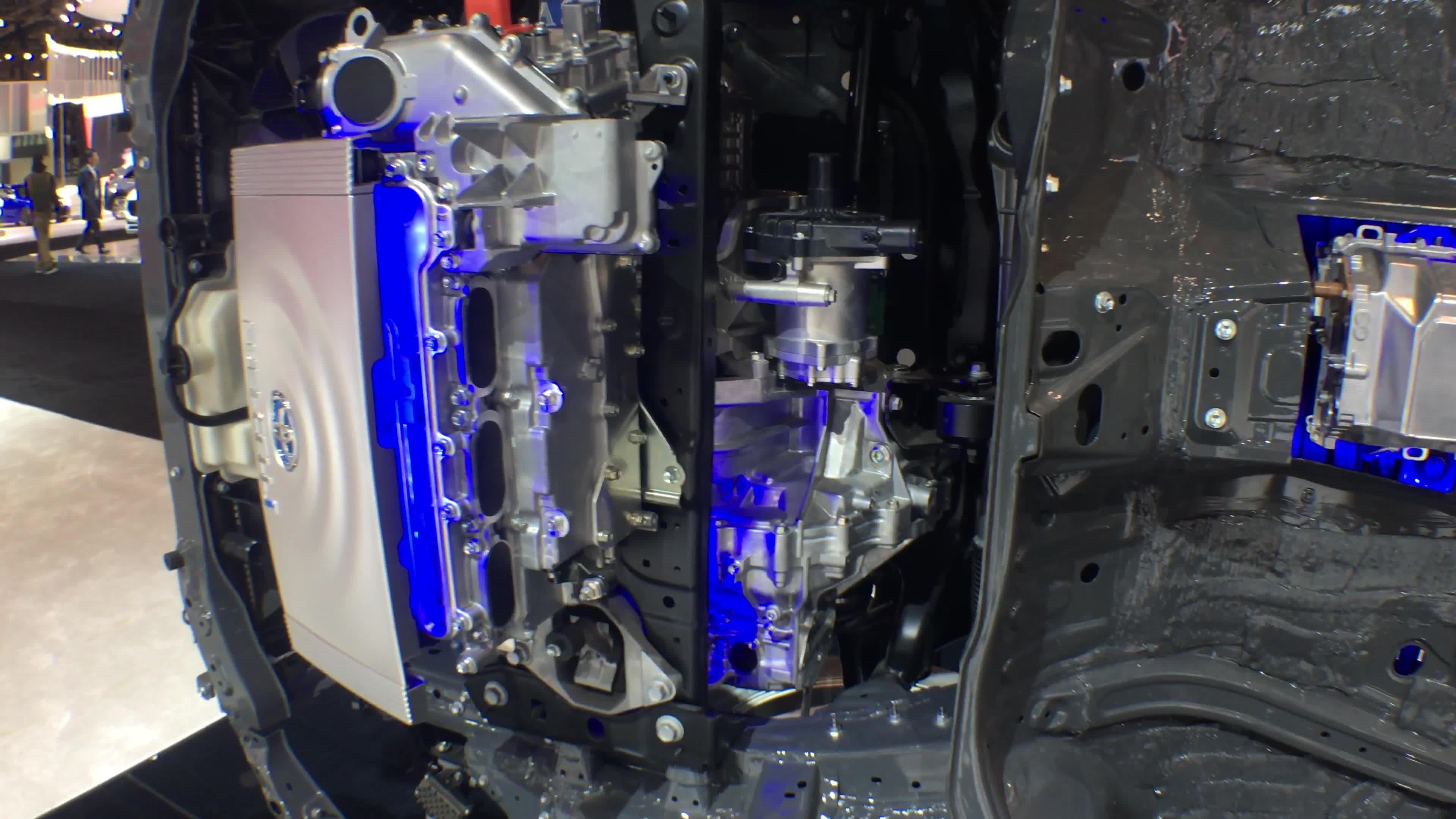