Where we're going, we don't need roads ... with two lanes. Or horsepower. BALLACHULISH, Scotland — The road ahead is impossibly narrow, barely wider than our 2018 Renault Captur, yet it's actually a two-way road. Passing areas every 100 yards or so provide a haven when cars appear ahead. Preferably, that's with plenty of warning, but more often than not, it's all-of-a-sudden from around a blind dip or curve. Never has the posted speed limit seemed like such a prudent idea.

The thing is, the A861 on the Ardnamurchen peninsula in the western Scottish Highlands isn't some defunct logging road we've stumbled upon because of a faulty navigation system or overly ambitious wanderlust. Though the area is certainly populated by more sheep than people, it's far from the most remote place you'll find in Scotland. This is a road that's actually necessary for reaching a variety of villages and seemingly well-travelled, most notably by Ford Transits and other delivery vans that are without question the speed demons in these parts. The Royal Mail clearly prides itself on swift delivery.

Subcompact SUVs are marketed and genuinely best-suited to those who live in more densely populated urbanish areas, but out here, this one makes a ton of sense. Based on Renault's subcompact Clio hatchback, the Captur is 2 inches shorter in length than a Hyundai Kona but roughly equal in all other dimensions. It would be one of the smallest subcompact SUVs if it was sold in North America.

Those dimensions are ideal on such absurdly tight roads, while its elevated seating height — seemingly higher than most subcompact SUVs — is a big help on those aforementioned blind dips. Body roll is kept nicely in check around corners, and the steering — though numb — is precise, pleasantly weighted and clearly calibrated for drivers who prefer their cars to be more responsive. I legitimately enjoyed driving the Captur, which cannot be said for the majority of subcompact crossovers over here. 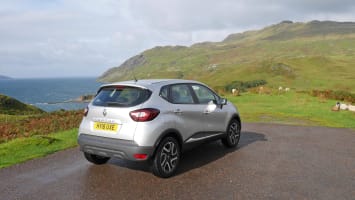 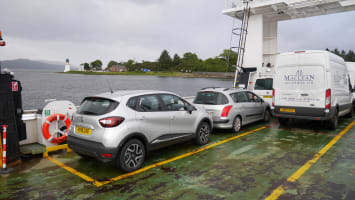 While subcompact crossovers aren't known for an abundance of power in America, they're all Top Fuel dragsters compared to the Captur, which comes with a turbocharged three-cylinder engine that can't even eek out a full liter of displacement. This 0.9-liter gasoline-powered wee-engine-that-could produces 90 horsepower and 103 pound-feet of torque, and returned a phenomenal as-tested 46.4 mpg (U.S.). On the other hand, Renault estimates it'll go from 0 to 60 mph in 13.4 seconds, which is about 3 seconds slower than the segment's slowest here in North America.

The thing is, though, it didn't feel that slow. It was genuinely surprising to read those figures after driving the Captur around Scotland for the better part of a day. Sure, merging onto the motorways outside Edinburgh required patience and a heavy foot, but around towns and when accelerating away from those A861 passing areas, it had the sort of low-end grunt that makes little turbo engines always seem quicker than they really are. Now, Renault does offer a diesel three-cylinder, also with 90 hp, but with a more robust 162 lb-ft of torque. One of those wasn't available at the Edinburgh Airport Hertz.

What was happily available, though, was something different than what I'd find in the United States, which is exactly what I was seeking to traverse the western Highlands' verdant glacial valleys and fjord-like lochs. 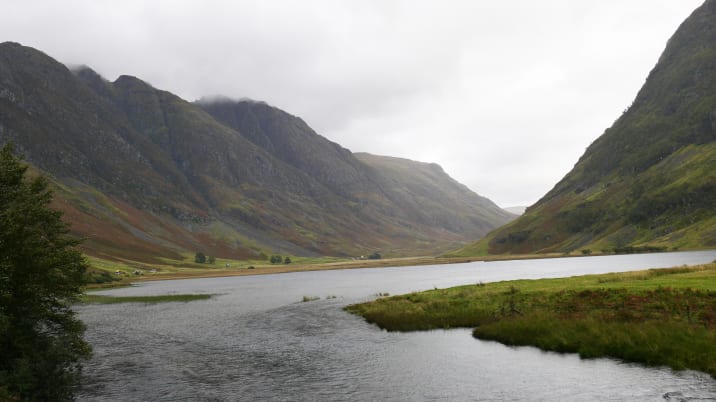 Introduced back in 2013 and mildly updated in 2017, the Captur is a sharp-looking little SUV that shows off much better when painted in one of its bright two-toned color schemes. Our all-silver version was comparatively dull, but despite its age and the fact it was one of the segment's earliest members, I'd venture that it's still better looking than the HR-V's, C-HR's and Traxes of this world.

The interior is a different story. I'd say it's aged poorly, but I remember 2013, and it wasn't like this. The Captur's ergonomically hapless cabin seems to have been designed by a car company whose designers hadn't actually sat in another brand's cars in decades. Take the cupholders. Crammed beside the emergency brake nearly on the floor, one is barely wide enough for a coffee cup and the other could maybe fit a Red Bull can if it wasn't so uselessly shallow. Oh but don't worry, there's another coffee cup one conveniently behind your hip that also serves the back seat.

Then there's the sole USB port, located above the touchscreen, and about 2 feet above the smartphone bin that's too small to hold a plugged-in iPhone 6. That touchscreen has no physical menu buttons and the volume is controlled by either a toggle button above the screen ("See! We're not so bad!" cries Honda) or a pod behind the right steering wheel spoke that took me a day and a half to discover. The cruise control is activated by a button next to those cupholders, because why not? Je m'excuse, mais non?

Note, this isn't French wackiness like the Citroen DS having floor-mounted buttons instead of pedals, or the entire Citroen Cactus. This is Renault clearly not knowing or caring about sensible industry norms. Frankly, that's surprising given the company's corporate ties to Nissan. 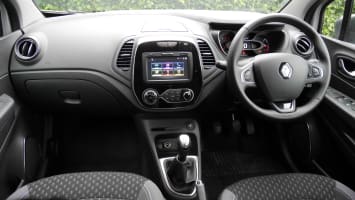 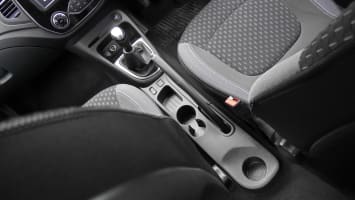 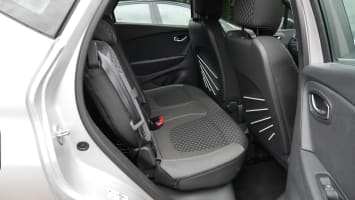 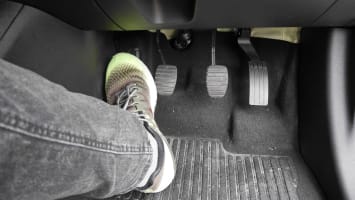 Space and comfort are much better. At 6-foot-3, I rarely fit comfortably in the segment's crossovers, but despite its manually adjustable seats, I managed to be quite comfortable for hundreds of miles. The seats are mounted quite high, too, which is not only good for visibility but it provides ample leg room/support front and back.

Distinctively for the segment, the Captur's 60/40-split back seat also slides forward to free up cargo room by either pulling bars under the seat or a unique single bar behind it in the trunk. Using this feature allowed us to fit two large, must-check suitcases without utilizing the under-floor storage area and therefore finding some place to store the rigid floor panel. It's the only thing in the Captur's cabin that competitors would be wise to copy.

Well, besides the manual transmission, which has to be the major reason a 90-horsepower three-banger felt sufficiently powerful. Sure, the throws are long. Yes, the shifter is placed too far forward. Of course, the right-hand-drive pedals are located too close to the center tunnel, and you bet, I could've bought some smaller, dainty shoes somewhere. But, if you have the chance to drive a car with a manual transmission in Britain, any car really, I highly recommend it.

Driving has become so easy, and if you love driving, adding the mental and physical exercise is perpetually rewarding. Shift with your left hand. Wring the necks of 90 French horses. Drive on the left side of the road. Brake hard for nine Scottish sheep in that road. Instinctively slam your right arm into the door in a futile attempt to downshift. It's a blast.

I can think of few better ways to spend a vacation.