Despite being both fun to drive and quick, the BMW X4 compromises utility for a shape that isn’t everybody’s cup of tea. Unless you absolutely need the crossover coupe body style, the BMW X3 is a much smarter choice for the price.

SPARTANBURG, S.C. — Few things drain your energy like the heat and humidity on a sunny spring day in the South, even when the A/C is on full blast. There's an intenseness to the warmth that hits you like a wave the moment you step outside. The air feels thick and wet and heavy. Heat waves radiate from both the asphalt and the row of black 2019 X4s at the BMW Performance Center near the German automaker's American production facility. There's only so much you can do to counteract nature.

Like its big brother the BMW X6, the X4 has always been a bit of an odd duck. The X4 is basically a BMW X3 with a sloped roof past the B-pillar. This obviously compromises cargo space and rear headroom for the sake of styling and a sporty pretense. Despite BMW's engineer's best efforts, the dynamics have fallen short of the looks. The last X4 couldn't quite deliver on what its looks promised. Physics, like the weather, can only be overcome to a point.

The formula seems to work better at the point of sale rather than the apex of a corner. Since the model was introduced in 2014, BMW has sold more than 200,000 X4s worldwide. The design and approach might be divisive among critics, but BMW is far from alone in this trend. Just look at the crossover offerings from automakers like Mercedes-Benz, Lexus, Infiniti, Jaguar and Porsche. They all offer sporty SUVs that sacrifice a bit of utility for the sake of style. 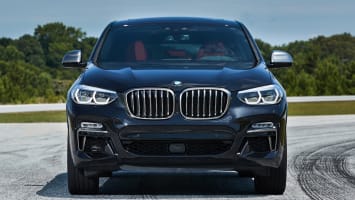 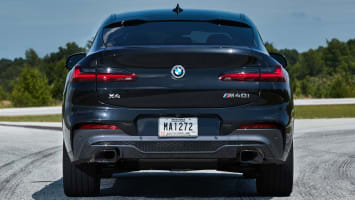 The new X4 is slightly larger than before, growing 3 inches in length (2.1 inches in the wheelbase) and 1.4 inches in width, though it's roughly the same height as before. The styling falls in line with the X3 and the rest of the current BMW lineup, though some of the new details, like the darkened taillights and grey accents on the M40i, are missed in darker paint colors. The lighting is all LED, the kidney grilles are larger and Hofmeister's mark is as kinky as ever. It's decidedly BMW, though the new grille may be a bit too beaver-like for some.

The same goes for the X4's interior. Everything — from the round dials (now digital) to the placement of the vents to the slight driver-canted dashboard — is exactly where and how you expect it to be in a BMW. It's clean, handsome and well laid out, but it's an evolution of the same thing we've seen for years. It's a welcome upgrade over the outgoing model, but BMW isn't doing anything new or interesting with wood or dash design like you might find in an Audi, Lexus, or the current crop of Volvos. 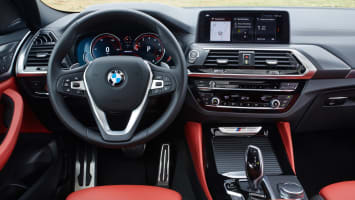 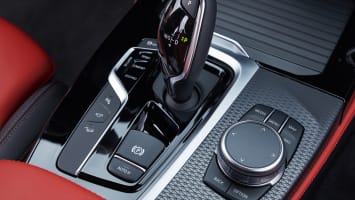 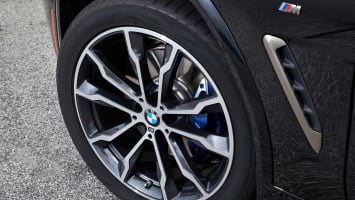 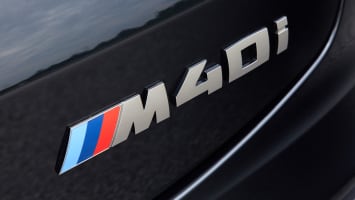 Like the 2018 X3, the 2019 X4 comes in just two flavors: the X4 xDrive30i and sporty X4 M40i. Both models send power to all four wheels (all-wheel drive is now standard) through an eight-speed automatic transmission. The xDrive30i is powered by BMW's near ubiquitous 2.0-liter turbocharged inline-four, making 248 horsepower and 258 pound-feet of torque. The M40i gets BMW's 3.0-liter turbocharged inline-six, making 355 horsepower and 365 pound-feet of torque, the latter as low as 1,520 rpm.

Both engines are absolutely sublime. The xDrive30i's four-cylinder feels strong and smooth and is one of the best 2.0-liter turbo engines on the market, and there are many out there. There's copious off-the-line torque and plenty enough horsepower for passing tractors or trucks on Carolina backroads. BMW lists the xDrive30i's 0-60 mph time at six seconds, which is quicker than almost everything else you'll find in regular traffic. Shifts from the ZF eight-speed automatic are quick and unobtrusive.

As great as the four-cylinder is, the M40i packs the real sweetheart. The engine (B58B30M0 for those that care) feels easy and effortless, singing free all the way to the 7,000 rpm redline. Nothing else out there revs like a good inline-six, and the B58 rips up and down like a buttery buzzsaw. Stab the gas and feast on liberal amounts of torque and aural excitement. It's loud but makes some wonderful noises. There are cracks and burbles on shifts and lift-off. It's the same sort of anthem and drama you get from a BMW M240i or really any BMW sprinkled with M badges. 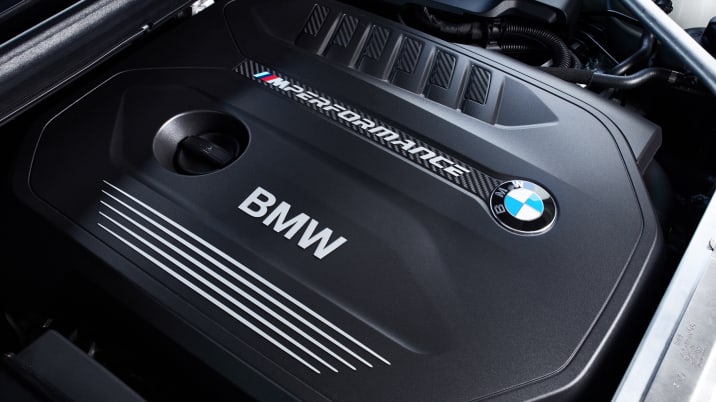 On the road, the xDrive30i is quiet and comfortable. The ride is on the softer side in the Comfort setting, stepping up the firmness and throttle response in Sport mode. The ride is composed, with a moderate amount of body roll. In Comfort, the chassis soaks up the pavement, though the drive route in North and South Carolina provided smooth asphalt. Sport mode drops the ride quality significantly and is hardly worth using unless you plan to carve corners on your commute.

If that's the case, and you're absolutely smitten with the X4's looks, then you should really pass on some options and stretch for the X4 M40i. It's no sports car but it does a fine impersonation of one, and better than the outgoing model by a good margin. The engine encourages bad behavior and the chassis is mostly willing to play ball. It's still not as good as the 3 Series and there's still body roll, but you can tackle a corner with far more speed and grace than you might expect.

The slick all-wheel drive system sends most of the torque to the rear, sending just enough to the front to save you from royally screwing up. Even on a wet skidpad, with the traction and stability control disabled, it was difficult to coax the X4 into a spin. With all the aids off and a bit of water on the ground, you could work your way into a slide. The front end always bites thanks to the all-wheel drive system, so it's a difficult and not overly worthwhile fight to get the rear to kick out for fun.

On the track, the X4 is unexpectedly fun. You're always aware of the height and heft, but the X4's tuning does a decent job of making the vehicle feel smaller and lower than it is. The steering is direct and surprisingly talkative, thanks in part to the optional summer tires (staggered 245/45R20 front and 275/40R20 rear). Body roll is contained and, unlike some SUVs when pushed, you feel you're in the vehicle rather than riding on top of it. The X4s seemed to take the abuse in stride. The engine, brakes, tires and air conditioning all held up wonderfully. 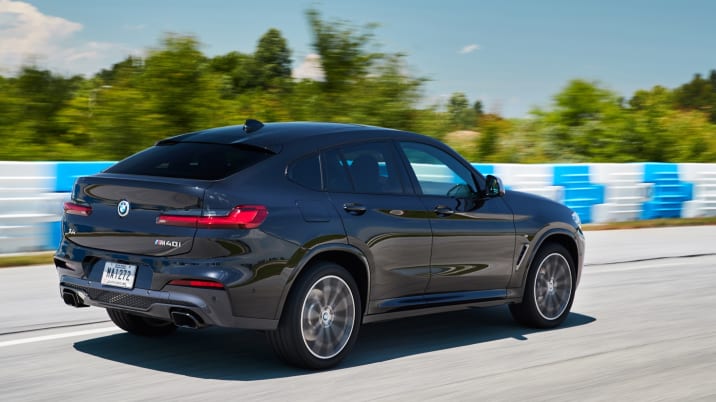 Like with so many vehicles, buying an X4 comes down to a head versus heart argument. Sure, you can get pretty much the same experience and a bit more practicality from the X3, but cars are an emotional thing. If the design isn't for you, stick with the X3 or jump ship and go with a Jaguar F-Pace or Porsche Macan. They're all fantastic options that don't sacrifice as much in the way of utility as the X4.

If you like the looks and the badge, then you're getting into a comfortable and quick SUV with a solid interior and a sports car soundtrack. It's still not — and likely won't ever be — as good to drive as the equivalent sedan or wagon, but it's vastly improved over its immediate predecessor. And more importantly, it's simply fun to drive, a testament to the good fight against physics by BMW's chassis engineers. 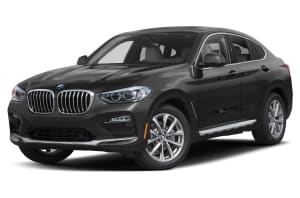