The era of the over-the-air-updates is really, finally Here

Doug Newcomb
Like the weather, everyone talks about over-the-air (OTA) software updates for cars, but no one really does much about it, except for Tesla. Here, a company known for its automotive mapping services, hopes to change this and help keep car electronics current with its new OTA Connect services.

Compared to makers of smartphones, computers and other electronics devices, car companies have pushed out limited OTA updates and have relied on software updates via a vehicle's USB drive or a dealer's service department. This means that most vehicle electronics are frozen in time once they leave the lot, and car owners have to drive to a dealership for software-related recalls that could instead be handled with a flip of a switch and without hassle.

"We see an increasing number of recalls based on software issues," Timo Littke, business development manager for OTA updates at Here, told me in an exclusive interview. "Traditionally OEMs issue a recall and a mechanic has to plug in the diagnostic tool and update to the software." 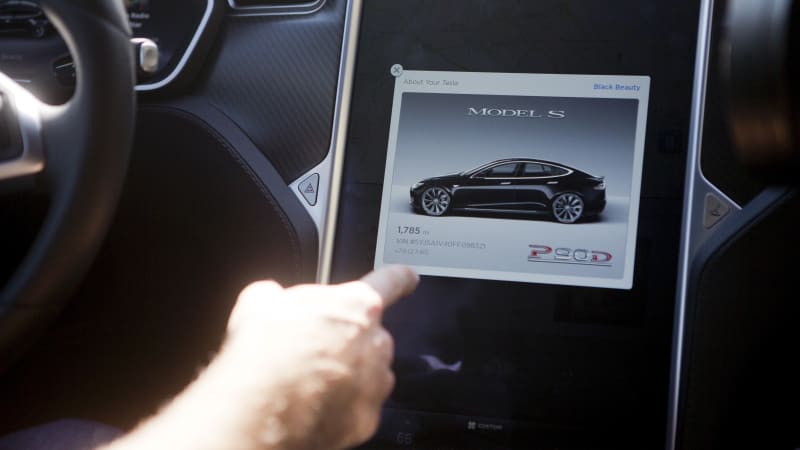 The process is time consuming for consumers and expensive for OEMs, and Littke adds that "the reduction rate is not at 100 percent. But with over-the-air updates, an OEM can have it installed overnight" to cars on a global basis.

As with your smartphone – and Tesla vehicles – OTA Connect will also allow automakers to add new features to existing cars. "The OEM would have hardware already built in the vehicle, but the functionalities will be enabled afterwards through a software update," Littke says. "The customer might get it for free to test it and then use it with subscription or one-time payment. So there's an additional revenue streams for OEMs."

Here's open-source solution is designed to integrate into an automaker's back-end servers. Here also plans to combine OTA Connect with its own suite of automotive software and services for OEMs wanting a turn-key solution.

OTA Connect is agnostic in terms of how updates are transmitted, which will be determined by each OEM, Littke says. In Europe, updates will likely occur through cellular networks, while in the U.S. they're expected be deployed via Wi-Fi like Tesla and Ford's Sync 3 system. "We could even support updates through satellite," Littke adds, "and we use a compression algorithm that reduces the amount of data needed to update the firmware or the software in the vehicle."

For security, Here OTA Connect employs Uptane, a system specifically designed for automotive OTA updates that's supported by grants from the U.S. Department of Homeland Security. "They bring together researchers from universities and the automotive industry and developed a framework that ensures end-to-end security."

So why have automotive OTA updates taken so long? Cars are, of course, much more complicated than computers and smartphones. "You have up to 100 control units in a car and legacy networks that are not as fast or secure as in a smartphone," says Littke "So the technical and safety requirements and even the regulatory requirements are very different and way more complex."

And an OTA update crashing a computer or smartphone has a completely different meaning when applied to a car. "If an OTA update goes wrong on a smartphone, your life is not in danger," says Littke. "But if this happens with a car, it's really a critical situation." Let's just hope updates OTA for cars don't follow the Microsoft model and always occur when you're running late for work or an important appointment.