Sunday Drive: One of these things is not like the others

The Camaro gets a new face while Ford shifts its Focus

Jeremy Korzeniewski
One of these things is not like the others. And we don't mean that one is a Chevy while the rest are all from Ford. No, what we're looking at here are a bunch of performance cars, with one lone economy car thrown in for good measure.

The lone Chevy is the 2019 Camaro. The big news is a brand-new face that's sure to divide opinions. In fact, the Autoblog staff is split on the new look – some of feeling it's a logical step from the current-gen and others wanting to kill it with fire. Especially divisive is the 2019 SS, which gets a totally different front fascia from lower-trim models. A new 10-speed automatic transmission and tire-roasting line-lock are new options.

Up next is the Ford Focus. We don't know what version of the Focus that we'll get in the United States, but we'd be awfully surprised if the new crossover-like Active trim level didn't make it Stateside to go to war with the likes of the Subaru Crosstrek. This next-gen Focus will be manufactured in China, and will go on sale there and in Europe this year and on the North American market in the second half of 2019.

Last but not least are a pair of spy shots, both for upcoming Ford models that enthusiasts are intensely interested in. The GT500 will have more than 700 horsepower in order to adequately take on the Dodge Hellcat models and the Camaro ZL1, but that's about all we know. And then there's the Ranger Raptor, an off-road biased pickup that promises to really shake up the midsize truck segment.

As always, stay tuned to Autoblog this week for all the latest automotive news. 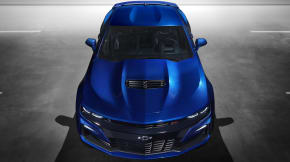 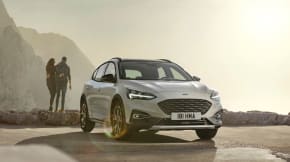 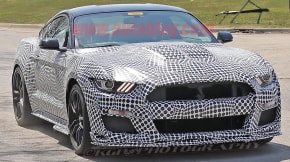 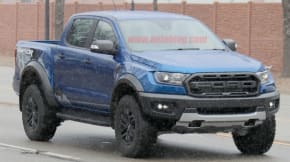