The first is a range-extended electric sedan called the H500

It's called the H500, and the design house says it features "leading edge technology developed by HK of the drive system, with battery, electric motors, central control unit and range extender." So it sounds like an extended-range hybrid in the mold of the Chevrolet Volt or the BMW i3. 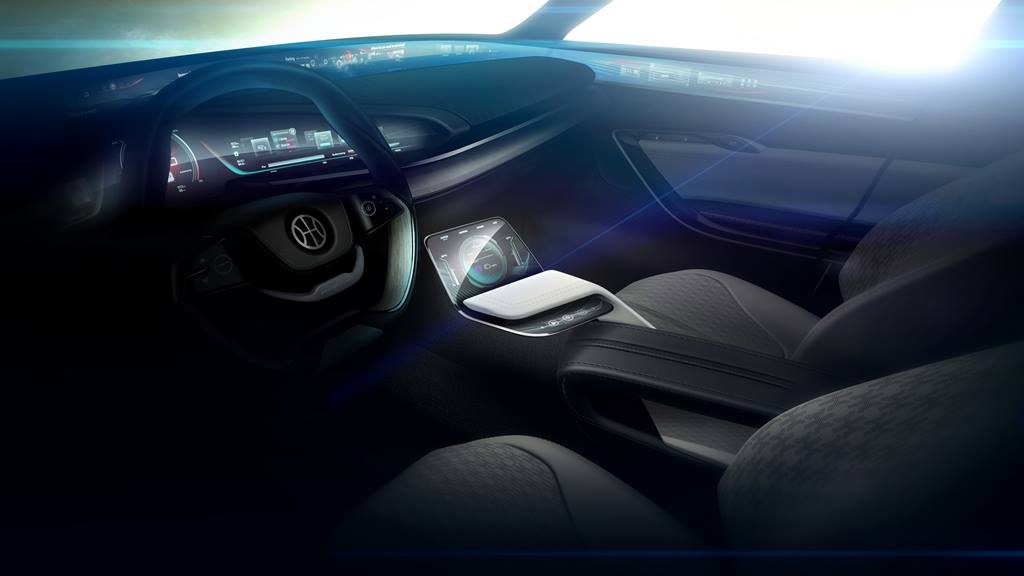 The images show a swoopy fastback design and an interior featuring extensive digital interfaces, including a touchscreen low on the center console, and Hybrid Kinetic's basketball-like logo on the steering wheel. Pininfarina says the H500 "combines elegance and sportiness, pure shapes and sophisticated details, designed for dynamic lifestyle seekers." There are no details as yet on the second concept.

The teasers come a month after Pininfarina unveiled the HK GT, the electric-powered luxury gullwing concept at the Geneva Motor Show. The H500 and unnamed concept bring to six the number of concepts produced in tandem with Hybrid Kinetic Group, joining the H600 all-wheel-drive electric sedan that it unveiled in Geneva in 2017 and plans to build in 2019 or 2020, plus two SUVs: the K550 crossover and the K750 seven-seater.

Pininfarina is promising to release more details about the new concepts in the coming days.