Sven Gustafson
In suburban Detroit, frustrated residents filled potholes in the dark with sand and gravel, with police following up to put out cones and flares to keep them safe. Across town on I-94, as many as 15 cars were idled in a row on the shoulder, damaged by potholes that prompted the closure of a freeway entrance ramp. In Pittsburgh, a three-fold spike in complaints from motorists has prompted 12-hour shifts for crews to take advantage of dry weather to patch monstrous craters.

Pothole season has come early to the eastern U.S., which has seesawed between freezing conditions and temperatures pushing as high as 70 degrees in places. Road agencies and contractors from Chicago to upstate New York say it's shaping up to be a nightmare season for potholes, or a banner year for businesses that fill them. Melting snow and heavy rains are also badly complicating repairs and making for a never-ending cycle: bad for the materials used to fill potholes, and adding to the freeze-thaw cycle that destroys pavement.

"It's a crazy year this year. It's a mess," Maryland State High Administration spokesman Charlie Gischlar told The Baltimore Sun.

AAA, based in Florida, says it saw a 32 percent increase in requests for roadside assistance across the Northeast in January, including 15 percent more requests related specifically to flat tires — though not all of those are necessarily attributable to potholes.

"Unfortunately, our roads are an example of the crumbling infrastructure that is a national and local issue," Diane Cross, a spokeswoman for the Michigan Department of Transportation, said in an email. "Decades of underfunding has kept us putting bandaids on areas in need of surgery. The freeze/thaw cycle caused by temperatures in Michigan, especially January and February, have caused havoc on roads already in need of repair."

Cross said MDOT has had to enact an emergency contract to address especially hard-hit areas of several Detroit-area freeways where it plans major construction or maintenance projects once construction season rolls around. In Macomb County, just north of Detroit, officials were expected to announce a $217 million project to fix Mound Road, the site of several Chrysler and Ford plants that has become notorious for its hazardous road surface.

In Indiana, deep potholes caused several crashes and flat tires along a stretch of I-69 near Muncie, an area that has caused problems since January. Things are also bad in upstate New York, where AAA Hudson Valley tells the Albany Times Union that reports of flat tires from hitting potholes have nearly doubled this year, from 478 in 2017 to 842 calls between Feb. 1-19. The Albany region saw a deep freeze in December, followed by a few days in January where temperatures soared into the 50s.

"This is strictly one of the worst (seasons) we have had in probably the last seven to eight years," Ken Radliff, public works commissioner in Cohoes, told the paper. "Water gets in the hole and freezes, and the next thing you know you have 15 to 20 of them in a half-block area."

Complicating things for road crews are melting snow and heavy rains from slow-moving Winter Storm Oliver, which has caused widespread flooding across the upper Midwest, Ohio Valley and Appalachians that is expected to persist into the weekend, according to the Weather Channel.

Potholes cause an estimated $3 billion in repair bills each year in the U.S., or $300 per car, according to AAA. Tires, wheels, suspension, exhaust and even body panels are most susceptible to damage. 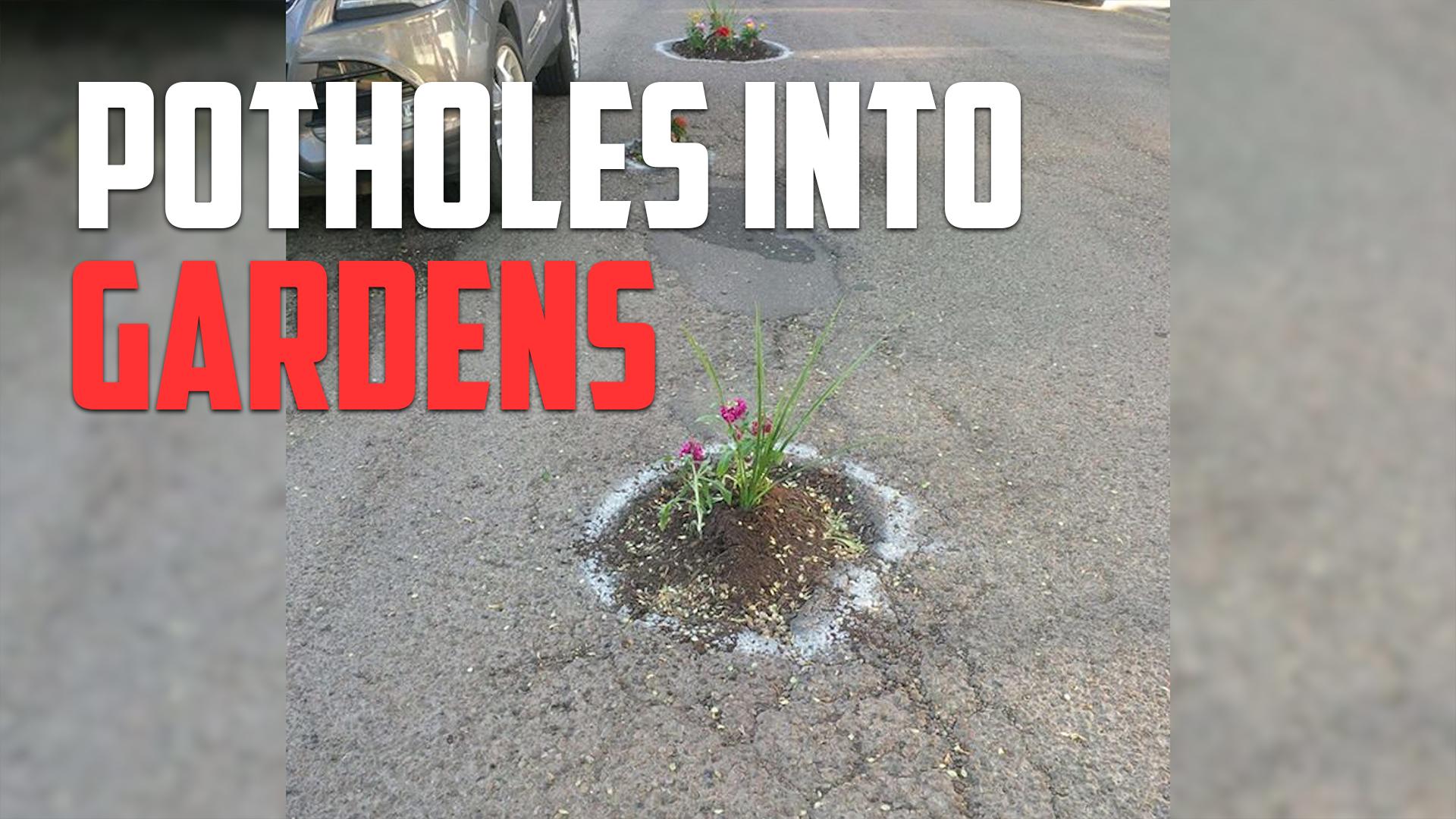