Want a V8 on the cheap? Buy a work truck

Joel Stocksdale
In case you didn't notice, V8 cars have gotten pretty expensive. If you want a modern muscle car like the Dodge Challenger R/T, Ford Mustang GT, or Chevy Camaro SS, you'll need between $34,000 and $38,000 for a stripped out example of one. The cheapest of those is the Challenger, and the priciest is the Camaro. These are also the cheapest V8 cars the companies offer. But if you absolutely have to have a V8 for less, there is an option, work trucks.

As it turns out, all of the Big Three offer their most basic work trucks with V8s. And because they're so basic, they're pretty affordable, especially when sticking with the standard two-wheel drive. A Ram 1500 Tradesman with a V8 can be had for as little as $29,840, which is a little more than $4,000 less than a Challenger R/T. For a bit more at $30,275, you can have a Chevy Silverado W/T, almost $8,000 less than a Camaro SS. The most expensive is the V8 Ford F-150 starts at a starting price of $30,670, which is a bit over $5,000 less than the Mustang. Of course you'll be in an ultra bare bones vehicle with few comforts, and the price will go up if you add stuff, but we're bargain hunting here, and sacrifices are sometimes necessary. Besides, what you lose in comfort, you gain in loads of cargo space and towing (try to look at the bright side). Also, as a side note, all three trucks are available with optional electronic locking rear differentials. 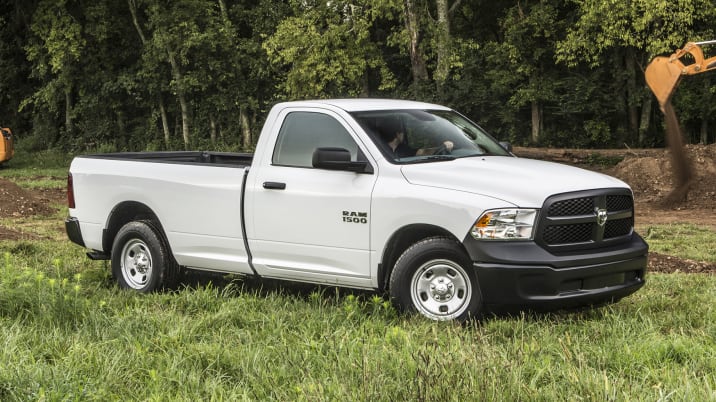 At the discounted price of these trucks, you still get a heaping helping of power. The most potent of the trio is the Ram 1500 Tradesman with 395 horsepower and 410 pound-feet of torque generated by a 5.7-liter V8. Compared with the Challenger R/T, the Ram is up by 20 horsepower and they're tied for torque. The value proposition is even more stark between the two vehicles when looking at the price per horsepower. Each pony in the Ram costs $75.54, while the Challenger charges you $90.91. The Challenger is also more expensive per horsepower than its close competitors. 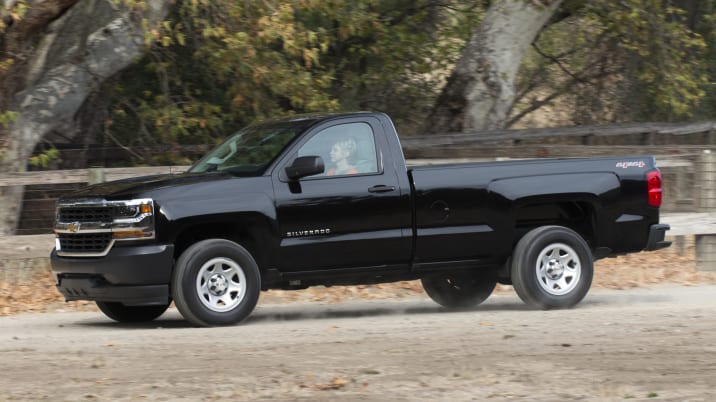 So there you have it. If you have to have that V8 sound, that V8 feel, that V8 power, but can't quite stretch to one of the Big Three's muscle cars, you have options. They definitely have disadvantages in comfort and handling, but you will save a lot of money and have space for anything you could ever want.