Don’t call it a hatchback, but admire its versatility. AUSTIN, Texas—Barreling along the tight backroads of Austin's Hill Country, my driving partner was coming in a little hot. Usually, beads of sweat would have appeared by now, hand crushing the grab handle. On roads such as this one, which are barely a car and a half wide, unusual confidence in the car is essential. But even with eyes closed (from the passenger's seat), it felt as if I was riding in an Audi, not in a product that shares its roots with the Chevrolet Malibu. This is a very good thing for Buick. It's unusually planted and stable, almost Germanic in nature.

There's no traditional sedan available on these shores, which begs the question: Did the new Regal have to be a hatchback? Nope. Buick sells a traditional four-door Regal in China. The Regal Sportback, which is built in Rüsselsheim, Germany, is a European take on the sedan, in the vein of the recent proliferation of four-door "coupes" from all sorts of car manufacturers. It's far more versatile than most stylized sedans, however, with a wide opening that can swallow a full-size bicycle with both wheels on. Really—we tried it.

There is an alternative to the hatchback, although it won't please sedan purists: the Regal TourX, a wagon in all but name. The 310-hp Regal GS isn't far away, either, and a luxe Regal Avenir is likely to appear. A hybridized Regal eAssist is also a possibility. Alas, the Regal nameplate is unlikely to reappear on a two-door coupe, according to a Buick spokesperson. 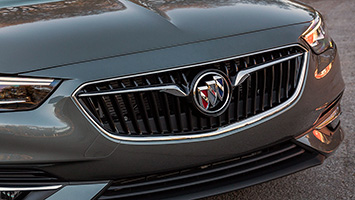 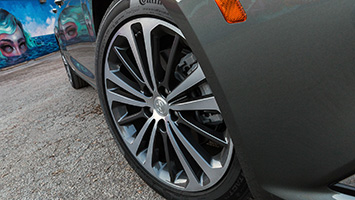 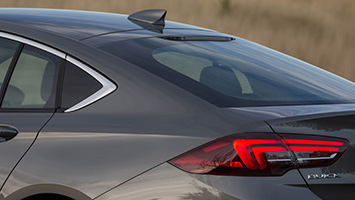 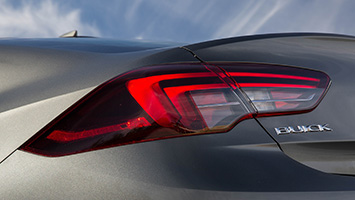 The closest analogy for the Regal Sportback is the recently departed Volkswagen CC, in both form and function. From the quarter angles, the Regal Sportback has hints of the last-generation BMW 5 Series. Dead on from the front, or in your rearview mirror, there is more than a hint of the Audi shield grille. The LED headlight signature is distinctly European in style, but vaguely defined.

Dynamically, the front-wheel-drive Regal Sportback is a match for the Audi A4/A5 Sportback duo. The smooth, turbocharged 2.0-liter inline four is a formidable powerplant, particularly when paired with the nine-speed automatic transmission. Its 250-horsepower output is a close match for Audi's engine of the same displacement. All-wheel drive is offered on the top two trim levels, Preferred II and Essence, as an option, paired with an eight-speed automatic. A trick differential that can direct torque to individual wheels, in addition to splitting it front and rear, is standard on the AWD models.

The Hill Country roads outside Austin's city limits were a fitting location to try out the Germanic Regal Sportback. Confirming what Autoblog experienced in a quick spin earlier this year, there is a quiet confidence to the Regal Sportback's moves. Mash the accelerator, and the Buick roars gently to life. The nine-speed automatic is buttery smooth, and shifts are imperceptible from either of the front seats. Idle stop, standard across the line, has little of the harsh shake that European sport sedans still haven't sorted out. Interestingly, there are no shift paddles, but you can shift the Regal Sportback for yourself using the gear selector lever. 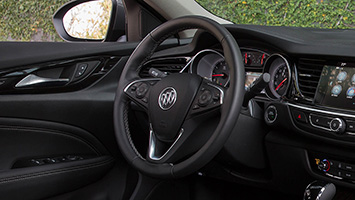 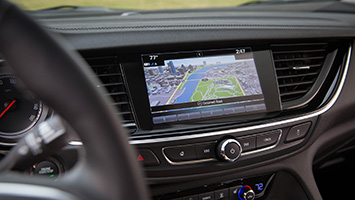 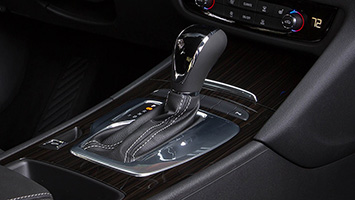 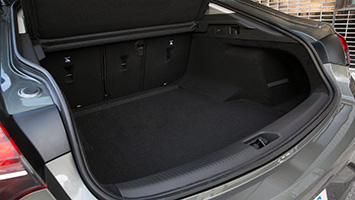 We had the opportunity to try out both the FWD and AWD Regal Sportback models, but we noticed little difference in their performance on the dry Texas roads. Steering was a little overboosted for our taste, but accurate and easy to point. Above all, ride quality on both test cars was neither too stiff nor too soft, but instead balanced enough to soak up undulating backroads and provide a comfortable highway ride. The Regal Sportback felt easily as quick off the line as the Ford Fusion with its strongest engine; it will be a fascinating comparison in performance between the garden-variety Regal Sportback and the upcoming, 310-hp GS.

This Regal is a significant value for the money, considering a reduction of nearly $2,000 in price from a comparable, outgoing model. But the Audi-at-a-discount argument all but disappears once you consider the Regal Sportback's interior. It is an unholy incorporation of misaligned corners, sharp edges, flimsy plastic and unexciting leather. In a world where the cabin of the 2018 Honda Accord feels a class above, the Regal Sportback's interior is a casualty of cost-cutting. A full digital dashboard is not available, and the 8-inch touch screen display only comes standard on the top two trim levels. The premium Bose sound system is an upgrade in name only. Apple CarPlay and Android Auto are standard, but there is some latency to system inputs. 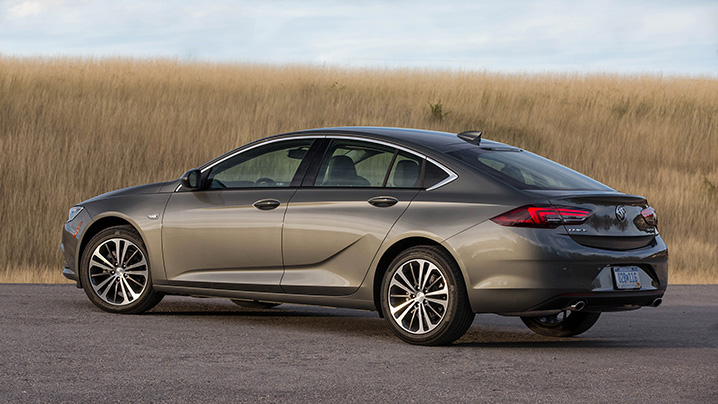 To this reviewer's posterior, the slippery leather felt more like leatherette. (A cloth option, which exists for the base model, was not at the press preview.) The low, adjustable driving position, which engenders a true coupe-like feel, is a bright spot; the seats are comfortable for hours-long stints behind the wheel.

The disjunctive feeling of a technically competent package surrounding so-so interior quality is reminiscent of the first Cadillac CTS. Look past the shortcomings of the cockpit, and the Regal Sportback is a serious driver's-car contender that can compete against our favorites. You'll feel happy and confident pushing it hard in your daily commute.