He was confused about Ford, so what else can the auto industry expect from President Trump?

So many questions, so few answers.

Sebastian Blanco
The auto industry's future under President Trump is a bit uncertain. With the election only just fading in our collective rear view mirror, we've already seen one major misunderstanding from Trump and his relationship with the auto industry. In the next four years, company CEOs, union workers, and car buyers are very likely in for a rough time – those who enjoyed the direction the industry has been going in the past eight years. Here are some of the major automotive topics that will be discussed – and potentially see change – in the near future.

No telling what will happen here. The 54.5-miles-per-gallon level by 2025 that the Federal government and the auto industry agreed to in 2011 – and agreed that it would be difficult but possible – is under mid-term review. With a new President on the way, what might happen? Well, the The Mercury News says that Trump "is likely to rewrite or drop Obama's rules requiring automobiles to double their gas mileage standards." And the auto industry certainly says it's in wait-and-see mode, but certainly wants in on this relaxed regulatory action. Right after Trump won the election, the stock prices of the Big Three shot up. As The Detroit News says, "shares of Fiat Chrysler Automobiles NV – which has the largest proportion of pickups and SUVs, and the fewest resources to invest in fuel-saving technology – rocketed up 9.7 percent to close at $7.69." The Auto Alliance, which represents most of the major automakers, wrote a letter to Trump basically asking him to not implement the higher standards. The letter (conveniently not available on the Alliance's website) says that the higher standards "pose a substantial challenge to the auto sector due to the steeper compliance requirements for model years 2017–2025." As the Sierra Club points out, the automakers "may be going back on their commitments," and that it's a particularly hypocritical move from VW, after its diesel scandal: " Volkswagen can't have it both ways. The company can either start to redeem itself by finally being on the side of cleaner cars and cleaner air – or it can continue its legacy of dirtier cars, polluted air, and an unsafe climate."

There's no doubt that if the EPA turns favorable towards climate-change denial, the California Air Resources Board (CARB) will play a bigger role in national environmental policy. California represents a large percentage of national sales; that and the adoption of CARB standards by other states often makes CARB regulations a de-facto national rule. As a reminder, CARB is able to dictate tough emissions standards over and above the Environmental Protection Agency (EPA) because CARB did so before the EPA existed. California's first regulations were put in place in 1966 by the California Motor Vehicle Pollution Control Board. CARB was formed a year later when the CMVPCB and the Bureau of Air Sanitation merged, signed into law by Governor Ronald Reagan. The EPA first became a thing in 1970, under Richard Nixon. President-elect Trump and his pick for EPA administrator, Myron Ebell, both don't believe in man-made climate change, and Business Insider says Ebell is " a man who denies basic science." In other words, the EPA might soon not be the strong advocate for higher fuel economy we're used to.

Which brings us to CARB. There's already plenty of speculation that CARB is going to fight any weakening of clean car efforts at the Federal level through its own stronger rules. CARB member Dan Sperling told Bloomberg that "the ARB is definitely committed to cutting greenhouse gas emissions 40 percent below 1990 levels by 2030. I don't think the California effort will be much affected [by Trump's EPA].'' 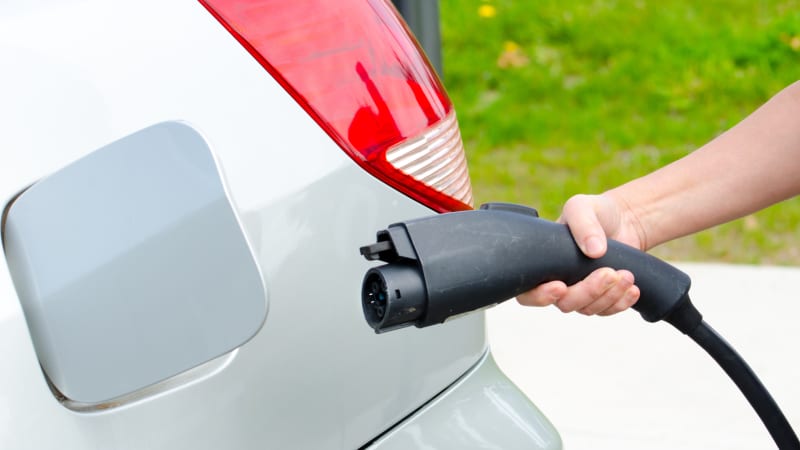 There hasn't been any explicit statement one way or the other, but the fate of the $7,500 tax credit for plug-in vehicles is up in the air. Despite some strange attacks from people in Trump's orbit, Tesla CEO Elon Musk dismissed concerns that Trump's policies will hurt the electric vehicle automaker. If Trump eliminates or weakens the ZEV credits, that'll actually put Tesla in a stronger position, Musk said. Then there's the question of the National Electric Vehicle Charging Corridors, which were just announced this month, and are meant to make EVs easier to use. Whether this and other plans supported by the Obama Administration will survive a Trump/Ebell attack is questionable.

There was some confusion on the campaign trail about ethanol, with Trump criticizing Republican rival Ted Cruz for his lack of support for the biofuel but then briefly saying he, Trump, would withdraw support as well. Since the election, there's a bit of wonder what will happen next. The National Marine Manufacturers Association (NMMA) put out a statement saying it is " eagerly awaiting" the EPA and USDA appointments to see what direction the Trump administration will take. The NMMA opposes raising the ethanol mandate above the blend wall, out of worries about what it does to marine motors.

Trump's attitude towards the environment seems to be that it's all too politically correct to be studying it, at least by NASA. That's not an exaggeration. It's how one of his senior advisors on NASA talks. Trump campaign advisor Bob Walker told The Guardian that "we see NASA in an exploration role, in deep space research. Earth-centric science is better placed at other agencies where it is their prime mission. ... I believe that climate research is necessary but it has been heavily politicized, which has undermined a lot of the work that researchers have been doing. Mr. Trump's decisions will be based upon solid science, not politicized science."

Some in Germany are even worried that President Trump will disrupt the settlement and consent decree that the Feds have agreed to with VW. VW CEO Matthias Mueller said after the election: "I hope the election result won't have more negative consequences for Volkswagen. I think we're at a point where a 'consent decree' could be reached, but that's the Department of Justice's decision, not mine."