Andrew Ganz
Volvo, arguably Sweden's best-known non-ABBA export, will celebrate the big 9-0 next year. The company has always operated somewhat under the radar, but it has its share of stories to tell despite an image formed by decades of solid, safe, and sensible cars. 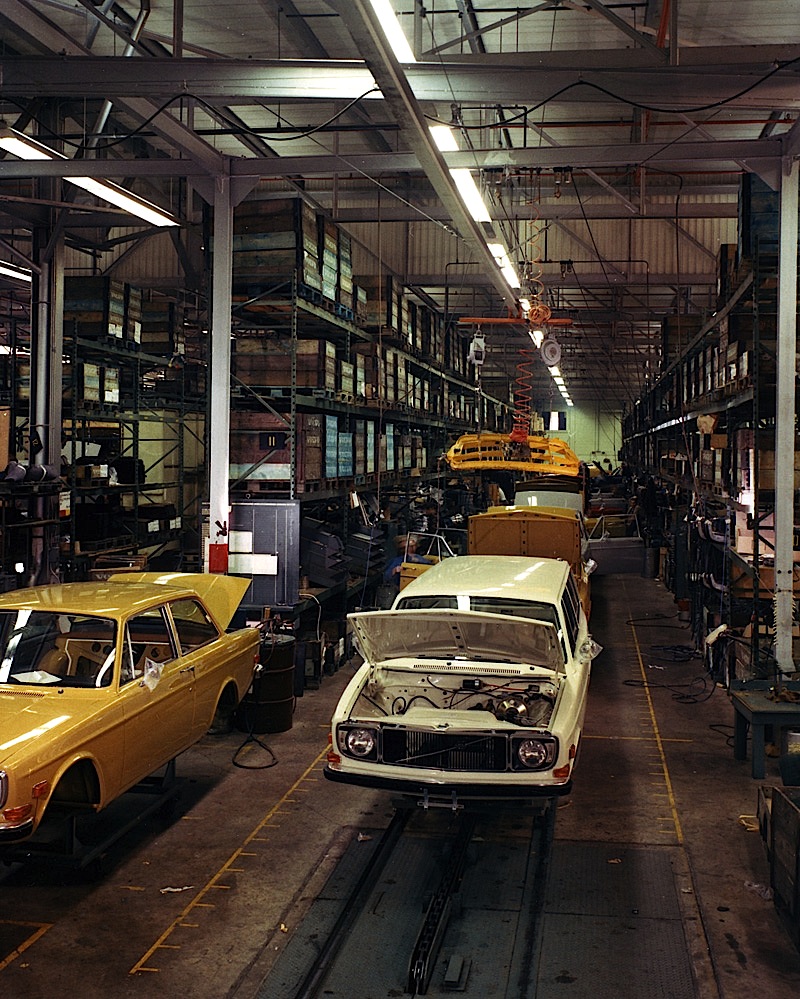 Idyllic Halifax was a small fishing city of about a quarter-million in the early 1960s when Volvo arrived and became the first import brand to build cars en masse in North America. American consumers on the East Coast developed a fondness for the Volvo Amazon line in the late 1950s, leading Volvo to seek out a plant in the Americas.

Halifax ponied up incentives, allowing Volvo to take advantage of a pact eliminating tariffs on cars built and exported between the United States and Canada. Volvo built cars there until the end of 1998, when it said its facility was no longer viable compared to larger factories in Europe.

That brings us to The Netherlands, where Volvo bought a quirky, innovative automaker that once sold a car called the Daffodil (which was actually its luxury model). 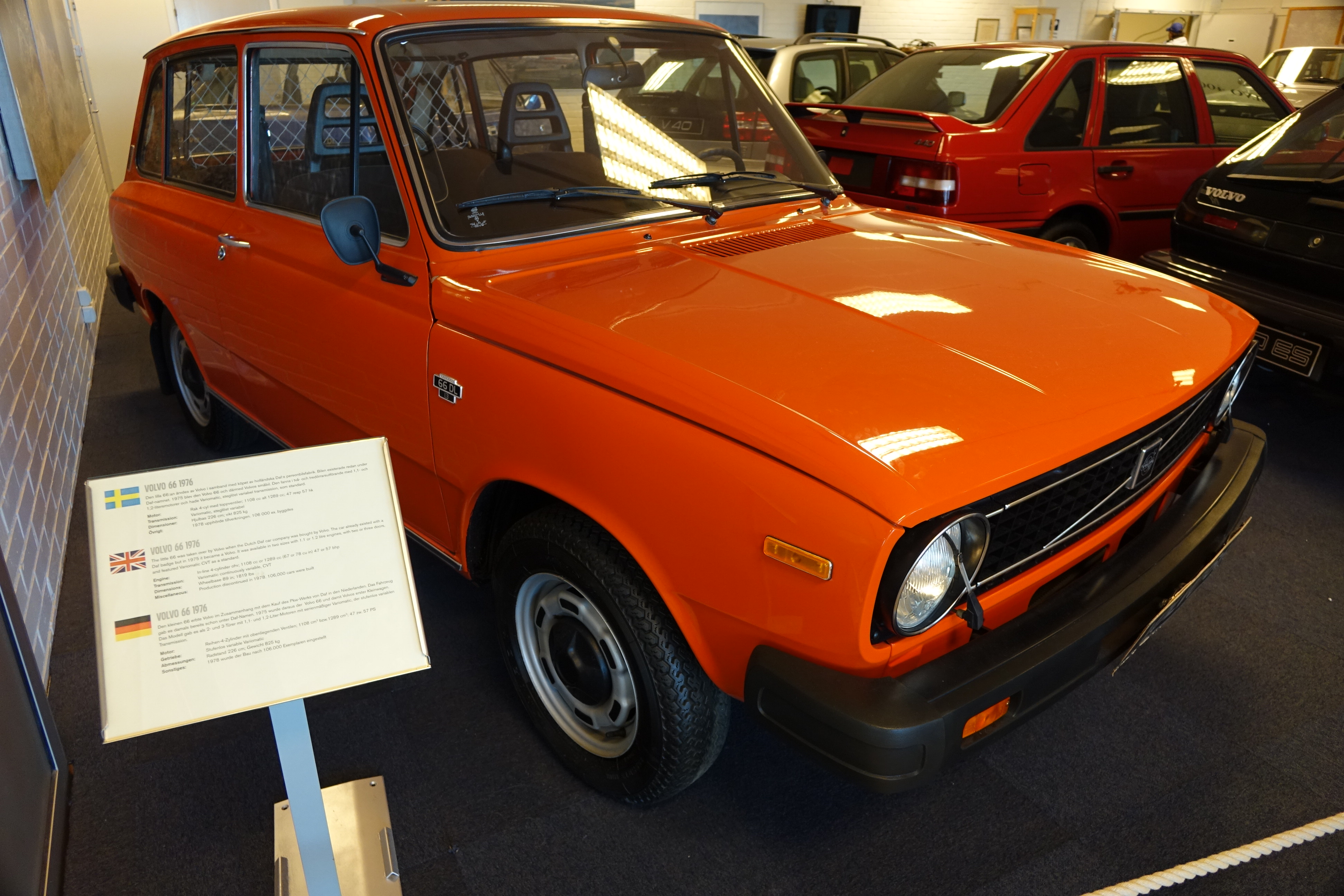 2. You can thank Volvo for CVTs – even though it doesn't use them.

Volvo wasn't interested in picking flowers. It wanted the automotive arm of truck manufacturer DAF, which would include its assembly plant, its Renault engines, and the first mainstream application of the CVT gearbox. Volvo acquired DAF's car business over the course of a few years in the early 1970s and, in typical Volvo safety-oriented style, it slapped big bumpers and head restraints on the little DAF 66 and rebadged it as the Volvo 66. The Dutch assembly plant would grow to include a partnership with Mitsubishi in the early '90s. Today, it operates as NedCar and builds Mini Coopers for BMW.

Volvo is no longer involved in NedCar or DAF (which sold its CVT division to Bosch, by the way), but its acquisition of DAF helped ensure the success of CVTs. Ironically, even though Volvo's investment helped make CVTs mainstream, the Swedish automaker's affair with them was brief, and today it utilizes only conventional automatics. 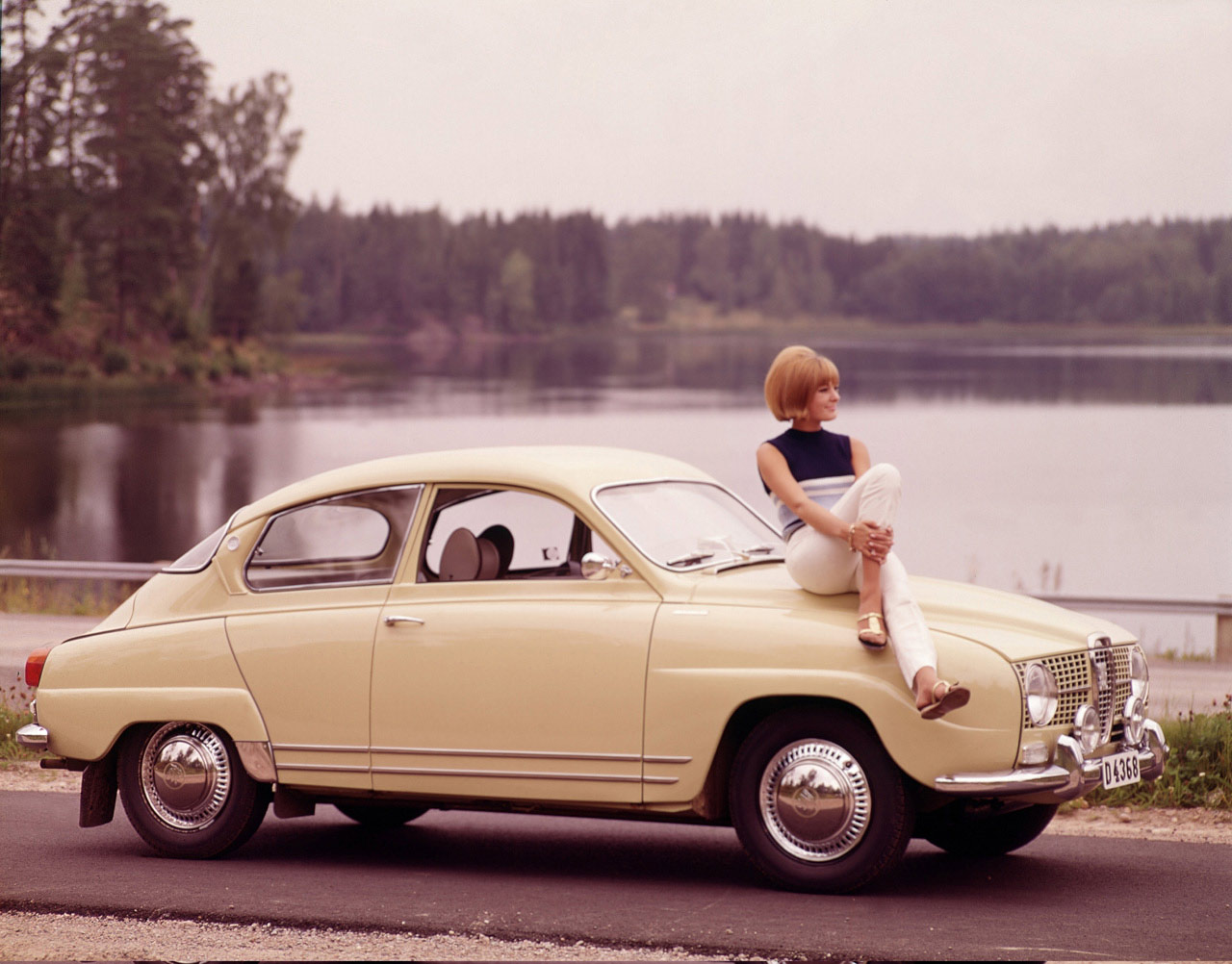 3. The Swedish carmakers were pals.

Over its 89 years, Volvo has been closely connected to a number of automakers – most notably Ford, which ran the company for a decade, and its current owner Geely. But Volvo is most closely linked to its longtime competitor, Saab.

In typical Swedish fashion, this rivalry was not marked by bitter animosity. The two companies were located about an hour apart from one another, with Volvo calling cosmopolitan Gothenburg home and Saab camping out in much smaller Trollhättan (known today as Trollywood for its role in the Swedish film industry).

In fact, Volvo's aerospace division built engines for Saab's military jets. At the time, both plane manufacturers operated under the same umbrella as their car-building divisions. That compatriotism exists today, even though Saab is defunct. If there's currently a Saab in your garage, or even if you've owned one in the last six months, Volvo's American arm considers you a friend of Sweden and will offer you the same $1,000 "loyalty" bonus toward the purchase of a new car that it extends to its current owners.

This happy crew is in Detroit! Here they're relaxing with some bubbles after a good first day at the ongoing Auto Show where they're making coffee for @volvocarsverige . #autoshow #detroit #damatteo #volvo #peopleofdamatteo

​That pride in Sweden extends to some of the country's other products. Swedes drink more coffee per capita than almost anyone else (it keeps them awake during the long, dark winter). The mid-afternoon fika coffee break is otherwise-industrious Sweden's version of the Spanish siesta.

Volvo is so enthusiastic about its hometown's best-known coffee roaster, Da Matteo, that it flies a couple of baristas and a lot of coffee beans to major international auto shows and passes out joe on press days. There's a lot to get your attention at an auto show, but even jaded attendees will agree that Volvo brews the best cup.

Consumers seem to think the same, even though the coffee served at your local dealer probably came from a Keurig cup. Sales are way up this year, buoyed by the brand's hot XC90 (admittedly, its other models aren't fairing quite as well). A host of new products are on the way, and for once Volvo has something to sell other than safety. 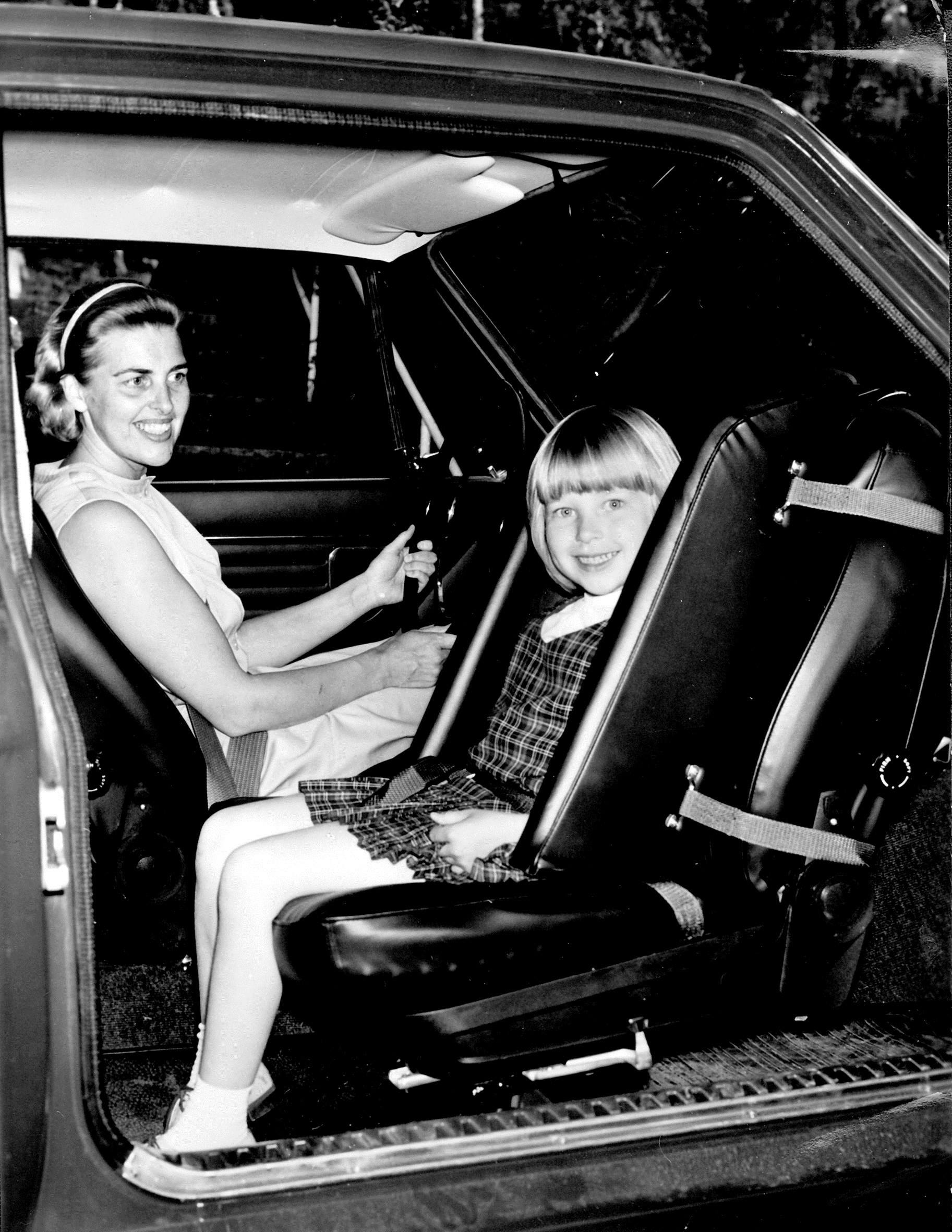 5. Volvo innovation is the reason kids get to ride in cars.

That's not to say that safety hasn't served the brand well. Volvo was first to market with three-point seat belts, side-curtain airbags, and blind-spot monitoring. Moreover, the brand is a huge proponent of camera- and radar-based active safety tech (ignoring that one time an early system failed during a media presentation – oops).

All of these features are commonplace today, but one item that you might not associate with the brand is the invention of the rear-facing child seat. Working with a local university researcher who was inspired by the rear-facing seats used by astronauts, Volvo designed the first seat intended to hold children in place in a wreck in 1967. The first one, which looks rudimentary today, was offered as an accessory for the Volvo Amazon. Volvo later refined the concept by creating built-in booster seats for larger children, something the automaker continues to offer today as a factory-installed option on many of its vehicles.

That's our look back at Volvo factoids you might not have known. The brand's future looks bright, with good new products in the pipeline, so we're pretty it'll make it to 90 years. 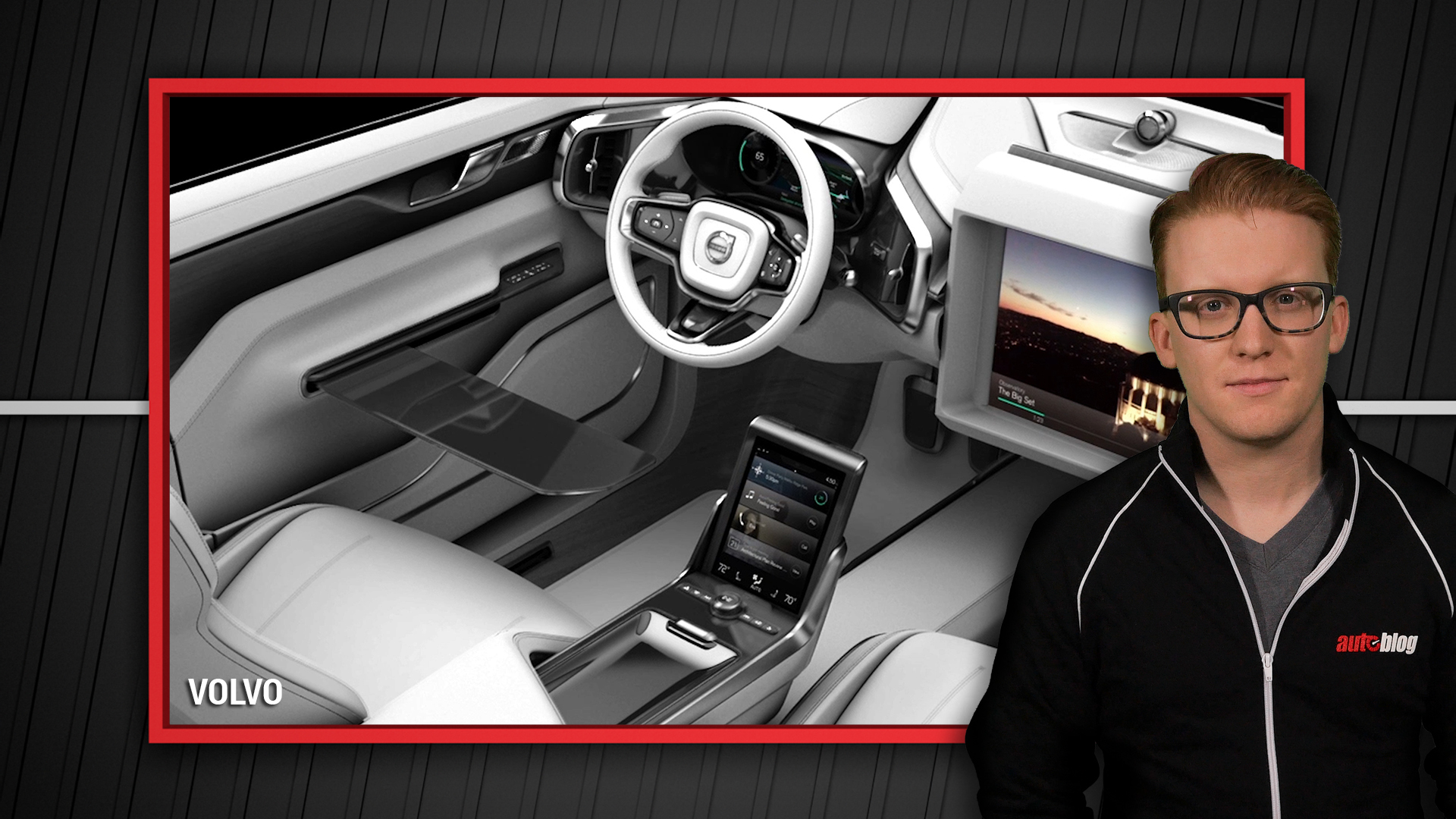