The Volkswagen GTI was our daily driver of choice

What we learned from a year-long test of a 2015 Volkswagen GTI. View All Specs
Oh, what a difference a year makes. In the 12 months that we tested our long-term 2015 GTI, Volkswagen went from being on top of the world to having its entire existence turned upside down. Indeed, the diesel scandal rocked the entire automotive landscape, and Volkswagen as a company is still recovering and rethinking its future plans in the wake of this mess. While it might seem like it's all skulls and crossbones over at VW AG, there are still plenty of things for the company to be proud of. The GTI, for example.

We put roughly 20,000 miles on a Carbon Steel GTI over the course of a year. No, they weren't all perfect, but overall, the GTI became a dear friend to the Autoblog staff. When our time was up at the end of January, the GTI was just as plucky and solid as it was when we picked it up 12 months earlier. This is truly a great car, and we're going to miss it terribly.

But perhaps more than anything, our GTI served as a constant reminder that even in the wake of the lying, cheating diesel scandal, not everything is going up in a cloud of smoke over at Volkswagen. Here's what we learned from a year behind the wheel of our favorite little hot hatch. 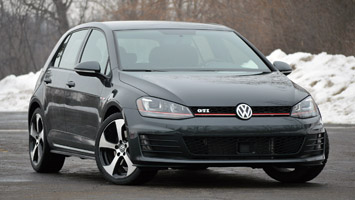 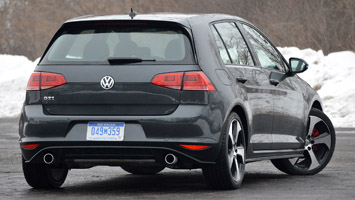 The performance pack is nice, but you don't need it.

We specifically chose to not fit our GTI with the optional, $1,495 performance package, which adds 10 horsepower, slightly larger front brakes, and the company's Dynamic Chassis Control (DCC) suspension. DCC is lovely, but we never found the standard setup's ride quality to be too harsh or too soft – instead, it strikes a just-right balance for everyday livability.

On the power front, in our introduction post, I wrote, "I don't think a single staffer will be looking back on the GTI after our one-year loan thinking, 'man, I wish I had those 10 extra ponies.'" And unless my coworkers were holding back, not a single page in the car's logbook mentions a need for extra power.

Unless you're planning on tracking your GTI, the performance package isn't a totally necessary add-on. So if you're considering the GTI and not sure what to do, know that you won't make a mistake by choosing to keep that $1,495 in your pocket. 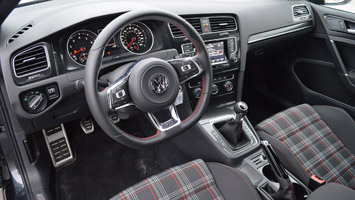 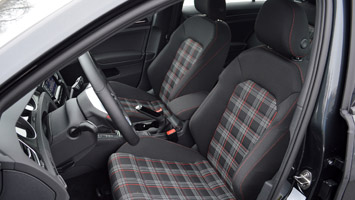 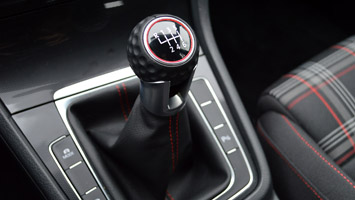 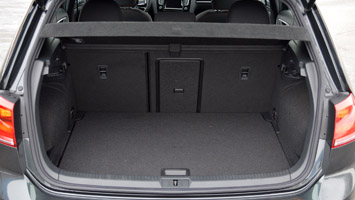 The base model is where it's at.

Honestly, when it comes to the GTI, you can keep a lot of money in your pocket and still get a totally perfect car. Our tester was the base S, with no navigation, no sunroof, the standard audio system, and manual, cloth seats.

But don't look at it that way. Instead, think of it like this: right off the bat, you get incredibly supportive, heated cloth (plaid!) seats; you get Volkswagen's XDS torque-vectoring differential for better front-wheel-drive dynamics; you get an infotainment system with App-Connect smartphone mirroring. And if you add the $995 lighting package, you get a $27,200 GTI (including $820 for destination) that has everything you need.

At no point did we regret not optioning up for an SE or Autobahn trim. Both of those models require you to get leather seats, which seems like a shame since the tartan pattern is an iconic part of GTI heritage. The base sound system is fine. No one needs a sunroof. Keep it simple – this is one instance where the S is a base model in name only. 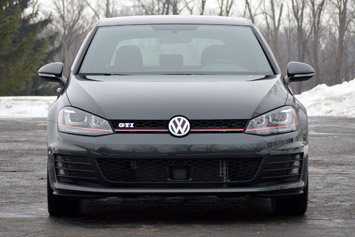 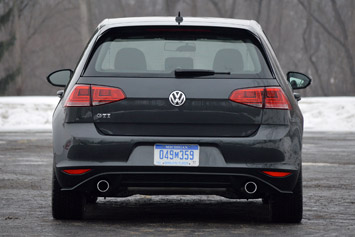 The driver assistance package never shuts up, so don't buy it.

What an annoyance – read our earlier update for a larger explanation of exactly why this system drew our ire over the year. To summarize, the pros of the system absolutely do not outweigh the cons. Plus, the GTI S doesn't come with a back-up camera, so why bother with incessantly beeping sensors if you don't even get added visual aid?

"Forward-collision alert is way too conservative," writes associate editor Pete Bigelow. "Beeps often at low speeds. More concerning, it keeps intermittently when I am parked, and continues to do so even after I turn the system off." On top of that, the forward sensor looks terrible right in the middle of the GTI's lower fascia, and can't tell the difference between snow/slush and an actual obstacle. That means more beeping. It never. Stops. Beeping.

Pocket the $695 and pay for parallel parking lessons if you're that bad at backing up a car the size of a Golf. We cannot stress it enough: This package is absolutely unnecessary. 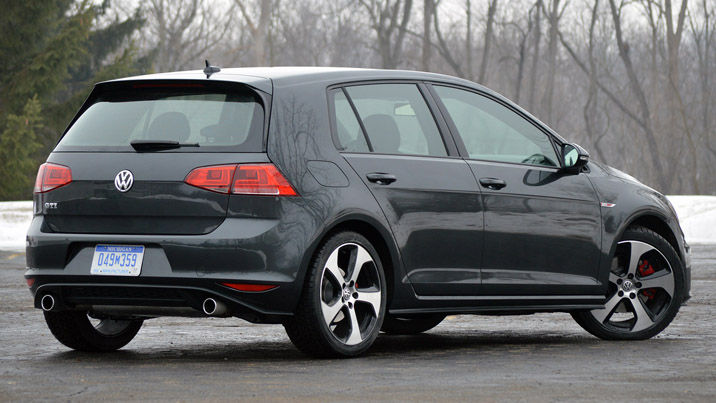 You can live with it in all four seasons.

Just get winter tires. Fitted with a set of Bridgestone Blizzak P225/40R18 tires, the GTI handled two rounds of winter with aplomb. If you're considering spending several thousand dollars more for the Golf R just because it has all-wheel drive, know that you don't have to. The front-drive GTI is perfectly fine for even your roughest winters – plus, those heated, cloth seats get nice and toasty, and with a quickness. But we can't stress enough: fit it with the correct tires.

In the warm-weather months, we ran the GTI on Bridgestone Potenza summer tires, which offered plenty of grip for high-speed runs down our favorite twisty backroads, and a full set of four rubbers neatly fits in the cargo area with the rear seats folded flat. 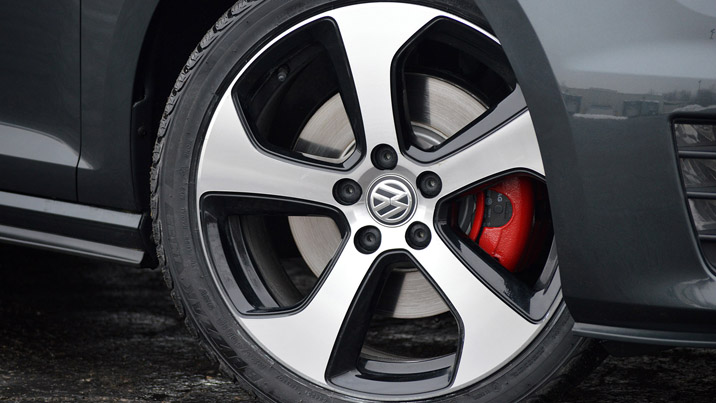 Our tire pressure warning light spent more time on than off.

Before you point the finger at us, know this: We always kept a tire pressure gauge in the car, and we routinely checked it, every time the light went off. But the tire pressure monitoring system was a constant issue with the GTI. Unlike other systems, Volkswagen requires you to manually reset the TPMS yourself after ensuring the pressures are correct, and does not factor in variances for things like changes in temperature. The phrase "tire pressure" is mentioned several times throughout our logbook.

What we don't get is, if the system can detect low pressure, can't it then detect correct readings and adjust? Our long-term 2014 Jeep Cherokee could do this.

Actually, we had a few other weird issues.

As soon as it got warm outside, the GTI's air conditioner stopped working. There was a leak in the air compressor/condenser line – a new one was installed and the system was recharged, after two trips to the dealership. But then the car started clicking – another air conditioning-related problem that you can hear in the video above. More fighting with the dealership eventually led to more work being done inside the dash, and for the rest of the year, the GTI remained mostly issue-free.

The only other issue cropped up right at the end – the low washer fluid warning light would illuminate even when the reservoir was completely full. We turned in the car before having the problem fully evaluated, but we assume it's a faulty sensor, since sometimes it'd be on, other times it'd be off, and the washer fluid tank always had plenty of blue liquid.

Otherwise, routine 10,000-mile maintenance and a new windshield (we cracked the first one) were the only reasons the GTI went to the dealership. The tire pressure and air conditioning problems were annoying – and unusual that they happened during the first 20,000 miles of use – but they didn't ruin our overall impressions of the car one bit.

This is one of the best everyday performance cars you can buy.

Everyone liked the GTI. Even after 12 months in the fleet, staffers genuinely looked forward to driving it. Even when hot new metal rolled into the office, so often, many of us would rather just drive the GTI, since it was always pleasant, fit every one of our lifestyles, and combined the best of all worlds to create a truly rewarding everyday driving experience.

"I've really enjoyed this car," noted senior producer Chris McGraw. "One of the most comfortable cars I've been [in] for long periods. I've taken my family, in-laws, and all for trips up north and no on ever complained about space."

In the end, we averaged 28.6 miles per gallon, which is dead in the middle of the EPA ratings of 25 city and 34 highway. At times on freeway runs, we even saw numbers in excess of 36 mpg with ease. We used the GTI for commuting, moving, road-tripping, grocery-getting, or just bombing around with our friends, and every time, it was the right choice.

Back to the earlier point about Volkswagen as a whole. A couple of weeks before turning in the GTI, a fellow VW driver struck up a conversation at a gas station near my home in Detroit. "So, do you regret buying one of those now?" he asked.

"Why would I? It's perfect," I replied. And it is. There is perhaps no car our staff has recommended more over the past year than the GTI. It can be everything to everyone, and it truly checks all the right boxes. Super fun to drive? Relatively affordable? Functional? Efficient? Well-equipped? Well-built? We'd answer yes to all, without hesitation. And even with our tester's small issues, that opinion never changed. Say what you will about Volkswagen, the GTI is still one of the best cars on the road today.