Not all are happy about government's new pact with auto industry

Pete Bigelow
Back in December, the Department of Transportation won a long-sought increase in the maximum fine it could levy against automakers who flouted federal safety standards. Lawmakers tripled the amount from $35 million to $105 million for each violation.

The increase represented a coup for federal officials, who have moved more aggressively to thwart inertia and safety problems exposed in the fallout of the General Motors ignition-switch crisis. But finally positioned to police the industry with newfound power, the DOT has instead opted to take a gentler approach with automakers in improving safety.

At a time when traffic fatalities remain above 30,000 per year and are increasing at their sharpest rates in more than 60 years, everybody agrees something must be done. But not everyone endorses a collaborative approach in which the industry and regulators work together without stringent enforcement. Safety advocates believe a voluntary agreement is inexplicable given the new financial penalty available, and said there's nothing to stop carmakers from ignoring the pact.

"History repeats itself, and without the DOT involved, it will repeat itself again." - Laura Christian


"The set of four principles is toothless, lacks any implementation authority and is worth only the cost of the paper they are written on," said Joan Claybrook, former administrator of the National Highway Traffic Safety Administration. "There is nothing preventing the auto industry from disregarding or outright violating these principles. ... The safety of the American public will not be best protected with a kumbaya between the federal agency charged with issuing regulation and the industry seeking to avoid regulation."

The federal government's embrace of a voluntary agreement comes at what might be a modern-day low point for relationships between regulators and the industry. Over the past 18 months, executives from General Motors and Takata have stonewalled Congressional investigations into their inaction when deadly safety problems persisted for more than decade. Meanwhile, NHTSA has slapped Toyota, General Motors, Honda, Fiat Chrysler Automobiles and Takata will millions in fines and consent orders that install independent oversight of the companies for multiple years. Let's not forget Volkswagen's installation of devices that cheat on emissions tests, the discovery of which has led to a relationship with the Environmental Protection Agency that deteriorates by the day. 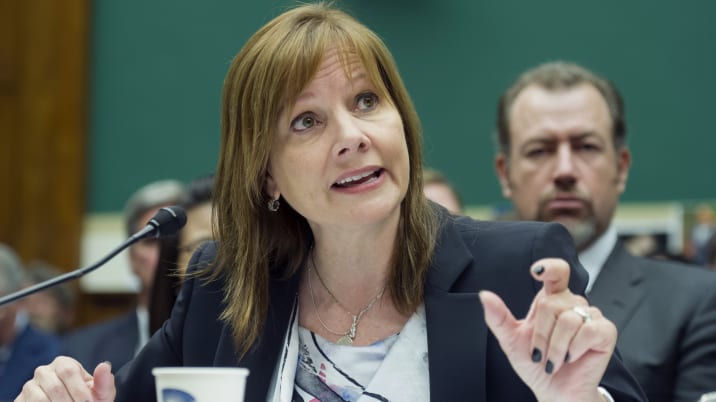 Proof of a newfound regulatory backbone? For Foxx, this is all proof that a new arrangement is needed.

"I don't need to recount the crisis after crisis we've been dealing with," he said Friday. "We know they haven't been good for the industry, the DOT and, most importantly, for public safety. Today, we're taking a strong stand in favor of a new approach, an approach that leans heavily on being proactive and less heavily on being reactive. ... Real safety is finding and fixing defects before someone gets hurt, rather than punishing them after the damage is done."

His hopes for a more collaborative approach include finding new ways to use early-warning reporting data, finding ways to work with state DMVs, insurers and legislators to improve safety recall participation and the acceleration of an industry-wide approach to handling cyber-security threats. Among the most interesting proposals in the principles: Automakers have agreed to examine the aviation industry's anonymous safety reporting system to figure out whether a similar one might work in the auto sector.

Voluntary agreements can sometimes accomplish more than the regulation process, says Russ Rader, spokesperson for the Insurance Institute for Highway Safety. He notes automakers worked with NHTSA and IIHS in ensuring side airbags are safe for children involved in crashes and the same groups worked together to make cars and light trucks more compatible in crashes. "The automakers got on board with those efforts," he said. "We got results faster than would have been the case with regulation, and injuries and deaths are being prevented."

At the same time, progress can be elusive. For example, even after President George W. Bush signed a law that required authorities to create standards that improved rear-vehicle visibility in 2008, the industry pushed back, delaying the rules for years. Rear-view cameras won't be mandatory equipment until 2017. In the interim, roughly 200 pedestrians – many children— per year were killed in backover accidents. 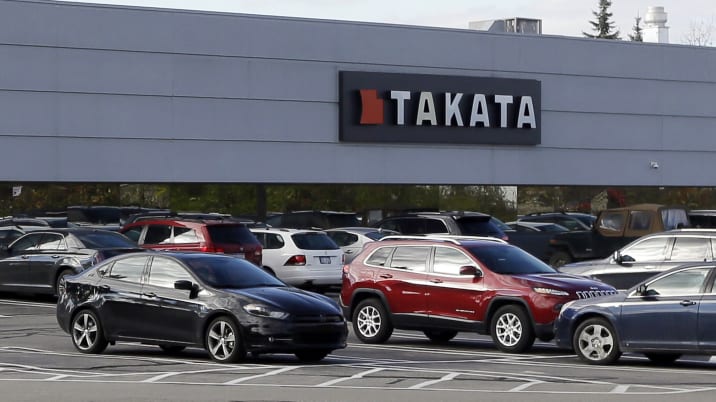 In similar fashion, Claybrook expressed frustration that Friday's announcement included no agreement on installing automated emergency braking systems, which all parties are quickly realizing save lives and mitigate accident severity, as standard equipment on all cars. Many had expected such an agreement would be part of Friday's announcement. Rader says discussions on a voluntary AEB pact are ongoing. Nor does the voluntary agreement include suppliers like Takata.

More urgently, advocates worry the automakers are agreeable now because they know a new White House administration will arrive by this time next year, and voluntary pacts might be easily forgotten amid the turnover in Washington. With that in mind, Sens. Ed Markey (D-Massachusetts) and Richard Blumenthal (D-Connecticut) said Friday they will reintroduce auto-safety legislation that requires manufacturers to provide more information about incidents that involve fatalities to NHTSA, and that NHTSA make that information publicly available.

"Real safety is finding and fixing defects before someone gets hurt, rather than punishing them after the damage is done." - Anthony Foxx


Markey and other Democrats were disappointed with Foxx's announcement. The voluntary agreement "only continues a culture of informality between automakers and regulators that lead to the deaths (of) hundreds of Americans from defective ignition switches, exploding airbags, vehicles that burst into flames and other deadly defects," he said in a written statement.

Laura Christian has learned about that culture all too well. She is the birth mother of Amber Marie Rose, who was killed in a 2005 accident caused by a defective ignition switch in a Chevy Cobalt. Christian has worked not only to introduce new legislation aimed at improving road safety, but also to reform the way manufacturers do business. She is skeptical of Friday's voluntary accord.

"I'm extremely concerned that automaker self-policing won't be effective, she said. "The only way to truly get any enforcement is for NHTSA to be involved in rule-making. ... I applaud them for trying to think in different ways that make roads safer. But history repeats itself, and without the DOT involved, it will repeat itself again."