Early Projections Show 8.1-Percent Increase in Fatalities In First Half Of 2015

Pete Bigelow
In some respects, there's never been a safer time to ride in a car. The number of vehicle occupants killed in traffic accidents dipped to 21,022 in 2014, according to the federal agency that tracks the numbers. It's the lowest total since record-keeping began in 1975. In other respects, American roads remain precarious places for certain users, and the dangers are growing for everyone.

Although the number of overall traffic fatalities inched downward 0.1 percent in 2014, National Highway Traffic Safety Administration officials said Tuesday early estimates show a dramatic rise in deaths over the first half in 2015. In the first six months of the year, their projections show an 8.1-percent jump in deaths year over year. Part of the reason is because Americans, fueled by cheap gas prices and a good economy, are driving more miles. But that's not the only reason. The deaths are rising at twice the rate as miles driven, and the spike has left highway safety officials scratching their heads. Should that figure hold, it would represent the single greatest year-over-year increase in the percentage of traffic deaths since 1946.


Amid the 8.1-percent projected increase in overall deaths for 2015, the increase for pedestrians in particular is projected at more than 10 percent.

"These numbers are a wake-up call," NHTSA administrator Mark Rosekind said Tuesday. "The essentially flat number in 2014 is unsatisfactory. A potential increase for 2015 is unacceptable. It really is time for our nation to get serious about the epidemic of death on our roadways."

Nowhere is that epidemic more acute than among the most vulnerable of road users – cyclists and pedestrians. With the number of vehicle occupant deaths falling to new lows, pedestrians and cyclists represent a bigger chunk of the 32,675 overall deaths recorded in 2014. Pedestrian deaths in particular jumped 3.1 percent between 2013 and 2014 to 4,884 people, and those on foot now account for 14.9 percent of all traffic deaths.

It's getting worse. Amid the 8.1-percent projected increase in overall deaths for 2015, the increase for pedestrians in particular is projected at more than 10 percent. There's a growing body of work that suggests smart phones may be at least partly to blame, and it's not only because smart devices are distracting drivers. They're also distracting pedestrians. 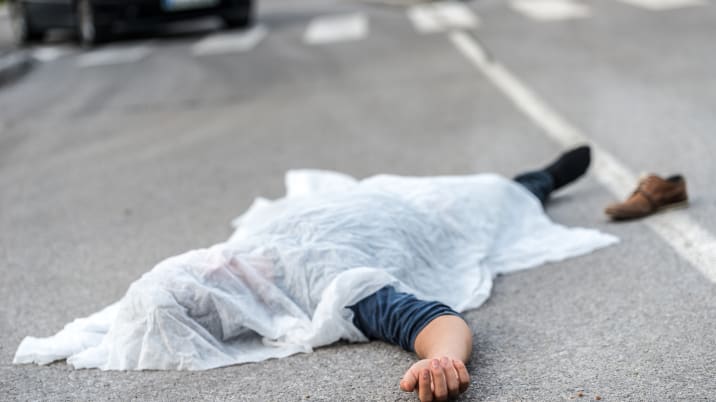 "These numbers show we need to get on that now, because we're behind," Rosekind said, noting the Department of Transportation has recently made a safer-streets campaign a focus of its efforts to improve road environments for bicyclists and pedestrians.

More broadly, Rosekind was frustrated by the fact all traffic deaths have not significantly fallen. Even with a rate of one death per 1.07 million vehicle miles traveled, the lowest in 40 years, the same predictable culprits are claiming lives on the road. Although NHTSA has focused much of its effort in recent years on deaths caused by vehicle defects, those account for only about two percent of the total.

Human behavior and error accounts for roughly 94 percent of traffic deaths, with drunk drivers accounting for about a third of those, as they have for the better part of a decade. Roughly 87 percent of all motorists wear seatbelts, but unbelted occupants account for nearly half of all occupant deaths. Speed remains a factor in about a third of traffic fatalities. The number of motorcyclists killed was "far higher in states without helmet laws, and NHTSA says 1,565 lives were lost in 2014.


"It really is time for our nation to get serious about the epidemic of death on our roadways." - Mark Rosekind

It's the low-hanging fruit in driving down the number of fatalities, but drivers haven't changed those simple, deadly behaviors.

Next year, Rosekind said NHTSA will hold five meetings across the country in February and March to speak with safety advocates, transportation officials and pretty much anyone else who has ideas on how to implement more effective programs aimed at lowering drunk and drowsy driving rates and increasing seatbelt usage. The meetings will be held in Sacramento, Denver, Boston, Atlanta, and Dallas and will help agency officials analyze how they distribute roughly $500 million in traffic safety grants to states.

"That's us acknowledging we know what exists, and we're looking for new ways to do that," Rosekind said. "We'll be on a very short course here over the next few months, looking for new approaches for age-old problems."