Which car model is the biggest loser of this century?

There is this magical place in the car business that we refer to as "Wholesale Heaven." It's a physical place. Really. Millions of unwanted trade-ins, repossessions, and off-lease vehicles wind up at auctions throughout the country because the current owners would rather have the car wholesaled out to another dealer instead of sitting on the front line of their car lot.

Why? One simple reason: money. Unpopular cars don't sell, and it's better to re-invest that money into a car that will move instead of one that will end up a 3,000-pound statue over the next six months. There are tons of unwanted cars in Wholesale Heaven: non-sporty small wagons with stickshifts, fullsize luxury sedans with cloth interiors, three-door minivans, and, my own personal favorite, the 2000s conversion van festooned with a particle board wood interior and a buzzy, ancient, 13-inch TV for the rear passengers.

It's easy to mark specific types of vehicles as the biggest losers, but what about specific models? Below is a brief list of candidates for this dubious award. I base a lot of this on my experience as a car auctioneer and dealer, as well as my involvement with the Long-Term Quality Index. 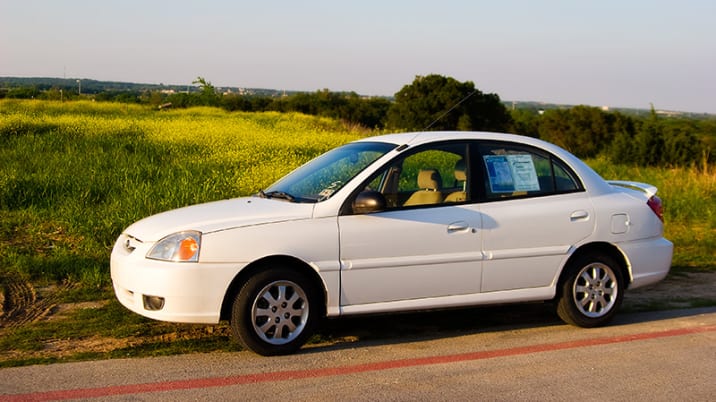 There are models out there that are made out of more cheap plastic than a Tonka toy and small cars that have motors with less power than a hand-guided Hot Wheels. (Well, not quite that bad.) But I can tell you from personal experience that the first vehicle on this list had metal that was so thin that all it took to permanently dent the car was a well-placed Fonzie kick.

No car exuded the concept of cheap quite like the first Kia Rio, which lasted from 2001 through 2005. If you so much as patted the hood and doors to this remnant of pre-Hyundai quality, you would quickly find out what helped keep it so light. Every exterior part, from the penuriously designed front bumper to the thinner-than-a-Coke-can trunk lid, was an exercise in Korean cost containment.

Not too surprisingly, these cars were also the embodiment of cheap as they aged for those unfortunate owners who were suckered in by the $10,000 price tag. Southern drivers were treated to dashboards that peeled and bubbled like old paint on an abandoned farmhouse. Those in northern climates had the scourge of rust spread onto the frame and powertrain, while the headlights needed to be replaced before every major election thanks to Kia's unique love for sub-par sealants and protectants.

Wherever you looked on these models – seats, transmissions, engines, carpets, door handles – you pretty much could find the word "cheap" stamped on or near each part. These models have been so thoroughly hated by owners and car dealers alike that in my business the very idea of buying one of these cars for more than $2,000 is laughable – even if it's low-mileage. Sometimes cheap isn't, and the Rio was rolling proof of that reality. 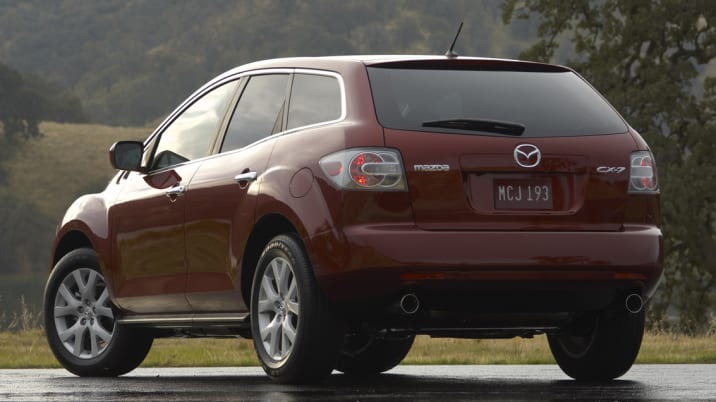 What's wrong with the CX-7? The 600-pound lump located between the front fender and the dashboard, for starters. Nearly a third of the CX-7s that were tracked by the Long-Term Quality Index had the announcement "Engine Needs Service" due to chronic issues with turbochargers, variable valve timing, engine sludge buildup, and timing chains getting stretched to the point where the engines were worth little more than scrap.

Mazda is still fighting a swarm of CX-7 owners in court. At this point, the CX-7 is not at the bottom of the list, it is the bottom of the list, with this late model scoring lower than mediocre 20-year-old cars that have been removed from the new-car marketplace for ages. The CX-7 has a current rating of 0 out of 100 in the Long-Term Quality Index, and that's pretty much as bad as it gets. 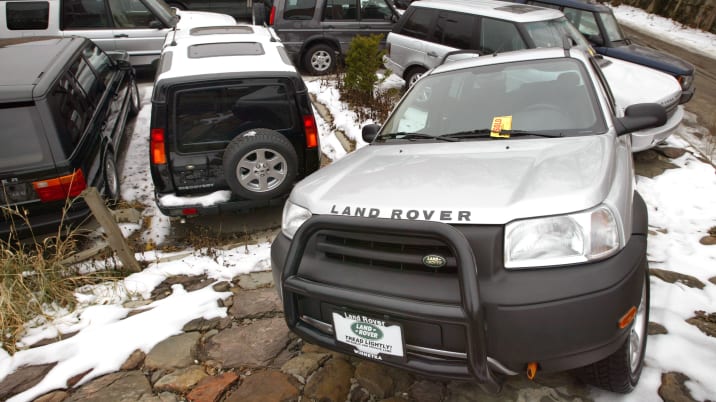 The Land Rover Freelander should be renamed the Land Rover Sharecropper for the way this wanna-be luxury SUV strips away assets over time.

Engine? Junk. Transmission? Ditto. Interior? Ages worse than a former Hollywood starlet that tried to nip, tuck, and botox her way back to stardom. The Freelander is one of those rare modern-day vehicles that is incapable of seeing the 200k-mile mark without receiving about $10,000 worth of assistance and at least three or four visits to a junkyard to find replacement parts that are actually affordable. The defect rate for the Freelander never dipped below 30 percent from 2002 through 2005, and, unlike the CX-7, both engines and transmissions had failure rates that sent it well into the danger zone.

Are there other models since Y2K that you would consider to be the biggest losers? You may notice I didn't include any Daewoos, and to be honest, I did that only because nobody quite remembers what models the company actually sold. But what about other rolling failures of the modern day? Should the biggest loser be measured in terms of long-term reliability? Sales? Or is it that unique car that puts a stake through the heart of a once great nameplate – like the recently defunct Scion xB? There are many ways to define a loser. What's yours?